What Tuesday's full moon means for your star sign 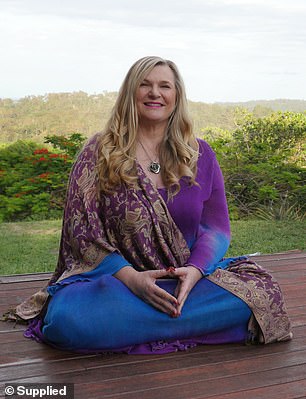 Astrologers warn the Beaver Blood Moon and eclipse on Tuesday could bring with it relationship-ending energy and widespread financial chaos.

The rare moon, which won’t be seen again until 2025, marks the end of eclipse season and will ‘bring emotions to the forefront’ according to intuitive astrologer Rose Smith.

‘You can expect your emotions to be in overdrive, especially concerning financial or business matters,’ Ms Smith told FEMAIL.

The energy could lead to overspending on luxury items as there is a huge focus on possessions. This means people need to be wary of any desires to be selfish over the next few weeks.

‘Taurus is known as the stubborn bull – and the eclipse offers up a mighty moment to let go of stubbornness and go more with the flow, which will bring some relief,’ she said.

‘A relationship could come to an end, or you may realise your job won’t sustain the lifestyle you desire. Reflecting on this lunar spectacle could help you to build boundaries and grow.’

Ms Smith said there would likely be real physical effects for everyone during the event, but especially for Taureans, Leos, Scorpios and Aquarians as they are ‘fixed’ signs.

‘Full moons represent release and manifestation in astrology. Combined with the eclipse, the full moon highlights our hidden feelings and there are likely real physical effects due to the Taurean influence,’ she said.

When can I see the blood moon?

‘Our own shadow nature needs to be confronted; you might hear of secrets, repressed feelings may surface, or things from our deep personal subconscious.’

She added that energy during an eclipse is often erratic and volatile – so people really need to look within to face their problems.

‘This rare eclipse will have us making decisions and realising the external implications of them, along with the influence of others.’

‘Eclipses are also a sign from the universe that a big or life-changing event will occur, which can sometimes be unpredictable and unexpected.’

Ms Smith said these changes don’t always occur on the exact date of the eclipse, sometimes it is weeks or months before or after that something truly transformative happens.

‘Initially it could be uncomfortable but as time passes, the changes will start to ‘bed in’ and feelings of security will remerge,’ she said.

‘The moon also likes privacy – it’s important to have plenty of alone time, space in your own home, and make sure you are comfortable, safe and secure.’

This full ‘Beaver Moon’ has its name origins in North America, where beavers started preparing for the long winter, building shelter near the banks of rivers and streams. Hunters would set up beaver traps to make furs for the cold weather.

What does the beaver full blood moon  have in store for you?

Aries (March 21 to April 19): Ructions in your money house could be activated by the total lunar eclipse in Taurus.

This will probably feel uncomfortable as you become aware of the need to restructure your personal finances or possessions, which you may cling more tightly to, than usual. These material things can represent the past and letting go of them makes space for new things to come into your life.

Take a deep breath and march confidently into a new future. Your ideas and the things you value could undergo a ‘renovation’ of sorts now also. Some things change and others stay the same but deciding what to let go of can also involve some stress as new decisions need to be made.

Taurus (April 20 to May 20): The eclipse in your sign represents a powerful transformation for you. You may feel more sympathetic to the plights of others, than usual. If you are being particularly stubborn about anything at the moment then you may find a need to reassess your situation.

There could be a ‘shakeup’ regarding your identity, relationships and how you present yourself to the world, perhaps involving your appearance.

It could be time for new clothes, a new hairstyle or makeup. It could also be time to clean out your wardrobe releasing those things that others could use moreso than you.

Your core ideas and beliefs are changing now and for the next few months eventually bringing more balance into your life and relationships.

Gemini (May 21 to June 20): Normally you’re quite a conversationalist and like to express your views. However, there’s a likely shakeup in your communications and you may decide to go quieter for a while.

That’s fine you can turn your sharp mind to inner realities. Look for messages from your subconscious through your dreams and those little daily flashes that we so often ignore throughout our daily activities.

It’s time to grab some privacy to reflect on your life and inner transformation. Yes, there are changes going on underneath the surface of your active mental realms. Go for a daily walk by yourself without distractions and spend time in nature if you can.

Cancer (June 21 to July 22): The lunar eclipse gives your life a shake-up especially regarding your friends, groups and connections.

You may say goodbye to some people who now seem to be travelling on a different path to you. That’s ok, we don’t always see eye to eye with everyone so hard as it may seem, sometimes it’s time to move forward

Time will tell if they’ll catch up to you.

Your hopes and dreams may also be in a state of flux too, so give yourself plenty of time to decide what you want and how you want to do it.

New friends or connections are likely to enter your life soon as you restructure and regroup your thoughts. Watch for overeating during stressful times.

Leo (July 23 to August 22): There’s likely to be a major transformation in your career zone. The Dragon’s Head is calling you forward on the path of destiny. You may start to feel it’s time for a major life change, including career, or involving your parents.

You may feel your reputation or status in life needs some general maintenance or an uplift of some kind.

Perhaps social media appeals to you? You may set about improving your public visibility in some way which could impact on your general life direction or vocation.

It’s time to do the things you really love, not just work for money. You need your work to reflect the things that make your heart sing.

Virgo (August 23 to September 22): Are you feeling a bit bored? Unmotivated? Tired of watching grass grow under your feet? Well good news for you vivacious Virgo, the Dragon’s Head of Destiny is calling you now to expand your life.

Perhaps you’re getting an itch to travel, study or have some ties with exotic places or people? Go with it, destiny is calling you higher to a more fulfilling and expansive life.

It’s time to change and step into a new role in the new world and it’s much bigger than you know.

You may need some excitement or variety now, so mix it up by meeting new people, some of whom will have very different life experiences to you.

There may be foreign connections or perhaps you decide to study in a foreign country? Spirituality could also be calling you as your mind expands with new ideas.

Libra (September 23 to October 22): There’s some sort of overhaul in your joint resources zone. This lunar eclipse puts a bit of pressure to change how you share your resources with others or how they share theirs with you.

What is fair? This is an important question for you as you abhor unfairness and sharing normally comes fairly naturally to you.

You may also be considering other sharing energies such as intimacy. Do you have all the intimacy you would like in your life?

Maybe it’s time to make a decision to say or do something rather than just sitting on the fence? This eclipse in Taurus is ruled by Venus also your ruling planet, so there are likely a lot of changes coming.

You will find the right balance.

Scorpio (October 23 to November 21): You may reassess your important and committed relationships now. Some turbulence is likely to arise here or perhaps regarding legalities or open enemies.

These are generally people you are aware of and don’t really get on well with. That’s ok and you may already have a sense of what the problem is.

Either way try to allow the deep feelings to rise and perhaps write them down. You can also discuss your considerable emotions with a trustworthy person who can act as a sounding board to bounce things off.

Your privacy and the need for emotional support may also increase now. Women may become more important in your life along with the need for happiness and security.

Sagittarius (November 22 to December 21): This lunar eclipse brings a strong shift in your everyday activities including your work and health. You may consider a new job or your current job changes in some way.

Likewise with your health and wellbeing, perhaps there’s a change in your thinking towards a new health regime?

Perhaps release some weight and stop waiting for something to happen? Or perhaps you’re looking at a new exercise program? You may also change your daily routine, adding some structure and good habits.

How about availing yourself to a regular deep tissue massage from a professional masseur? There are tons of things you can do to improve your daily life – all the small things in life add up so change a few that no longer serve you.

Capricorn (December 22nd to January 19): Destiny is calling you towards creativity and fun.

Your life may undergo some sort of transformation soon so that your natural talents and abilities can be more easily expressed. Part of this involves you living closer to the world of the child, whether this involve actual children or your own inner child who needs to find a voice.

Romance, leisure and pleasure are also likely to be a focus over the next few months. It’s ok to allow yourself to have these in your life… you probably need some fun, especially if you have been neglecting your own happiness lately.

It’s time to put some sort of structure into place so you can have physical expression of your needs.

Aquarius (January 20th to February 18): This lunar eclipse brings strange, unpredictable or revolutionary situations around your home and family.

As the Dragon’s Head is involved along with Uranus one of your co-ruling planets, it’s destined and unlikely to be avoided. It may well be something positive too, perhaps involving beauty or luxury.

Are you thinking about renovating perhaps? Try to plan in advance and really think about what you will do if you start changing plumbing or electrical changes.

Uranus loves to muck about with electricity and lightning. Back up all your devices in case they decide they love Uranus and get too much power leading to technology problems.

Batteries could also be involved. There may be something unusual happen with women, particularly your mother or sisters.

Pisces (February 19 to March 20): The eclipse brings changes in your communications and the way you think.

Perhaps you’re at peace with going with the flow and now there’s a realisation that occasionally some logic is required especially regarding study or travel.

Search down deep because you can find it within and feeling your way through life is fine and sometimes it’s time for balance between head and heart.

You may also hear from a distant sibling or relative or someone comes back from the past in the next few months.