A MUM-of two suffered multiple organ failure from sepsis and was given just hours to live after she cut her knee while out for a run on holidays.

Loubna Trott, 51, was in Mallorca with her husband and young daughters when the flesh-eating bacteria entered her system. 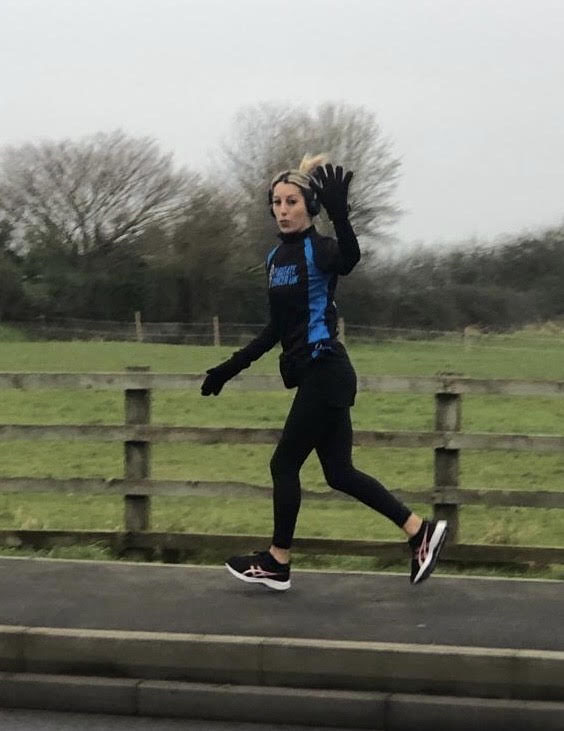 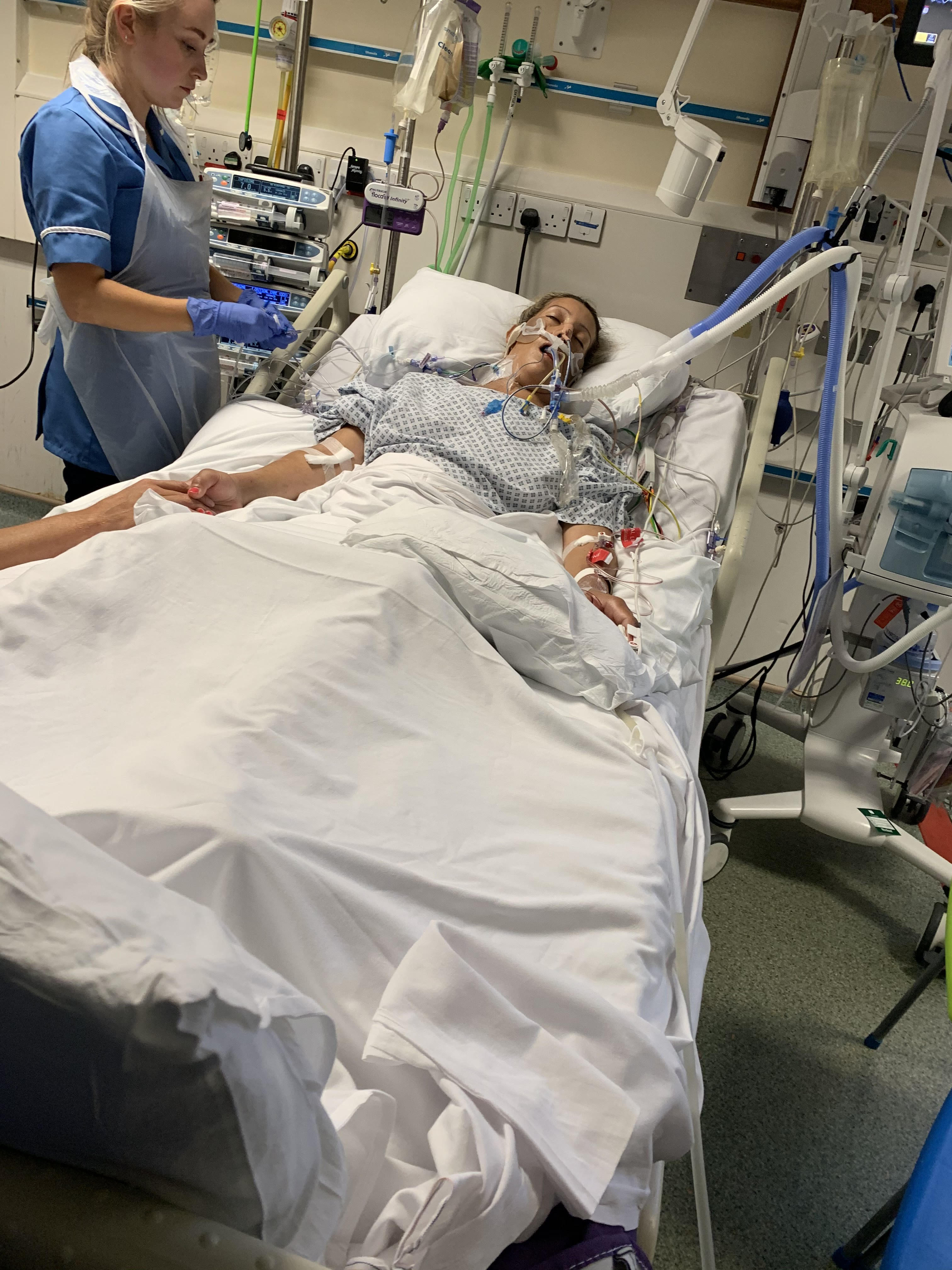 A few days after flying back to England, she went into septic shock and endured several operations to save her life, leaving her with a "deformed" leg.

She said: "Every morning I would go for a run and one day towards the end of the holiday, I tripped and grazed my knees and my hands, I actually ripped my sports leggings.

"There were quite a lot of people out that morning so I just carried on running, trying to pretend I was alright."

She added: "I forgot about it for a few days but when we flew home there was a heatwave in the UK and I remember being really, really cold. Like I was shivering even though it was really hot outside.

"I had blurred vision and I was tired all the time. The next thing I remember was throwing up and collapsing in the bathroom. My husband called an ambulance, but the paramedics said I had just caught a tummy bug on holiday."

The next day, Lou rang her GP and told them she thought she was dying. She managed to get an appointment with a doctor and her husband drove her to the surgery.

"I was really, really lucky I had someone there who knew what was wrong. I remember her saying ‘I think you have got sepsis’ and I went straight to A&E," she said. 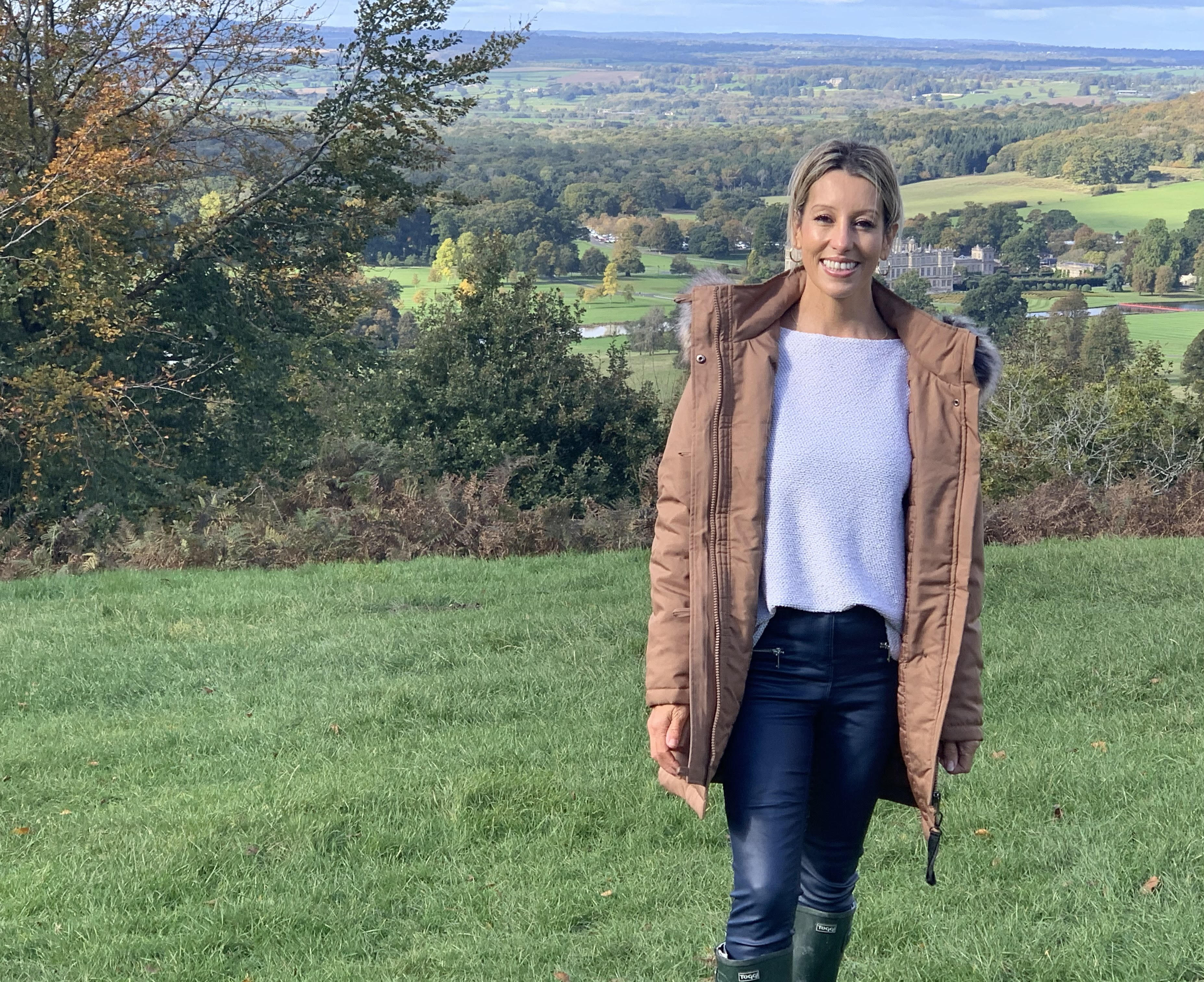 Although her memories are still fuzzy, Lou said she remembered hearing people crying while she waited to be seen in the RUH.

"I heard a woman saying ‘I wasn’t ready for you to go’ as someone passed away and I was trying to convince myself that I wasn’t going to die too.

"Bacteria from the sea had gone into the graze on my knee and this flesh-eating bug, called necrotising fasciitis, had got into my leg and eaten all the way up from my knee to my thigh.

"I went into septic shock and they put me in a medically-induced coma. It was a massive threat to life and I went into multi-organ failure, but I didn’t know any of this until I woke up.

"At one point they were just taking it by the hour and they told my sister, who lives in New York, that I might not make it through the night, so she had to fly back."

However, against all the odds, Lou pulled through and came out of her coma a week later. She said the doctors told her that it was only because she was in such good shape that she survived.

Symptoms of sepsis to look out for

Sepsis, also referred to as blood poisoning or septicaemia, is a reaction to an infection that causes the body to damage its own organs and tissues.

It is vital sepsis is spotted as quickly as possible, as if not spotted and treated quickly, it can lead to shock, multiple organ failure and death.

Here are the symptoms to look out for:

She said: "It’s an absolute miracle that I survived because 70 per cent of patients die from it. Had it got to my pelvis, they couldn’t have done anything because they couldn’t amputate from there.

"They were just pouring in antibiotics and they kept cutting and cutting until the bug was completely gone.

“I was in surgery three or four times and then they had to prepare me for plastic surgery. It was the most horrific thing anyone could go through."

When Lou woke up, she saw her family gathered around her but she still didn't know whether she was dead or alive.

"It was something to do with the drugs I was on, but they all had plastic orange faces that looked like dinner plates.

"They were looking at me and smiling and saying ‘you are so strong’, but I didn’t understand and I kept telling them I wasn’t there," she said.

Once she was able to stand, Lou had to learn how to walk again and at first, she could only manage two or three steps at a time.

“I suffered PTSD and flashbacks, but I have been trying to get myself stronger and stronger.

"The reason I survived was that I was fit, so now I think I have to stay fit to stay well, especially with Covid.

What is necrotising fasciitis?

NECROTISING fasciitis is a rare but serious bacterial infection that affects the tissue beneath the skin, the surrounding muscles and organs.

It's often referred to as a "flesh-eating" disease, though the bacteria don't eat the flesh.

Rather, they release toxins that damage the nearby tissue.

The condition can start from a relatively minor injury, such as a small cut, but can progress and get worse very quickly.

If it's not recognised quickly, the condition can become life-threatening.

Symptoms can develop quickly, and early signs include:

After a few days, it's likely you'll notice:

Necrotising fasciitis is a medical emergency that can spread very quickly. It is important if you suspect you are suffering with it, you dial 999 immediately.

"My leg is horrendous, it looks like I have been in a fire. I have got skin grafts from the other side of my thigh – that was really, really painful.

“I do look at it and feel sad but I know am lucky to be alive," Lou said.

She still has two more skin-graft surgeries to go through, but they have been delayed due to the coronavirus pandemic.

However, the mum-of-two has started running again to help her get over her PTSD and has already completed several challenges for charity,  including a half-marathon.

She said: "I saw the run for prostate cancer and my dad died of prostate cancer four years ago. I felt his presence when I was in the hospital and I wanted to give something back.

"I just signed up and started running. It’s been a really strange journey, but I find that I don’t worry about the small stuff anymore.

“When you have been so close to death, you appreciate every moment."

It comes after a little boy died of sepsis just five days after getting an infection in his nose.

Leo Dennis, four, was rushed to Morriston Hospital in Swansea after suffering a seizure and a high temperature last week.

Yet, his mum Jemma, 24, was told to take her son home and give him Calpol, his family allege.

Two days later, the distraught mum rushed the child back to hospital when his condition worsened.

Tragically, Leo died after suffering from sepsis – sometimes referred to as blood poisoning.

Fai, Multiple, mum, Organ, suffers
You may also like: