When Professor Ishaq Bhatti moved to Australia to do his PhD in 1987 he went to the bank and explained he was a Muslim and needed a savings account that didn’t accrue interest.

Under Islamic law, or Sharia, there is a prohibition on charging or paying interest, which is called riba and considered exploitative because the lender does not assume a share of the risk.

The bank teller looked bemused and asked Professor Bhatti to give him a couple of days so he could talk to his boss. 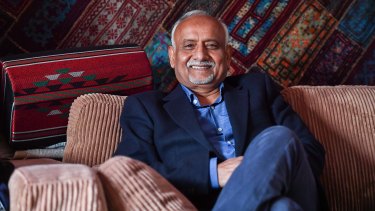 When Professor Ishaq Bhatti came to Australia 30 years ago, the bank teller looked bemused when he asked for a savings account that didn’t accrue interest.Credit:Joe Armao

“The bank was very nice and they came back and said ‘OK, if you don’t want any interest, we will eliminate your banking fees’,” recalls Professor Bhatti, the founding director of the Islamic banking and finance program at La Trobe University.

But while grateful that the bank came up with a workaround for him, Professor Bhatti was surprised that there were no banking options for Muslims in Australia.

“Interest-free banking was non-existent in Australia, but it did exist in Canada where I had previously been studying,” he said.

More than 30 years later Australia – with a Muslim population of about 1.2 million – is beginning to open up to the untapped Islamic finance market, estimated by global researcher Salaam Gateway to be worth $248 billion.

On Friday NAB will officially launch sharia-compliant loans of over $5 million for commercial property and construction, the first of the Big Four banks to do so.

And at least two entities are seeking a licence to establish Islamic banks in Australia, alongside non-bank financial institutions that already offer sharia-compliant services.

To meet with Islamic law requirements, finance needs to be structured as a lease where rent and service fees are paid instead of interest or some other kind of profit-sharing arrangement.

Islamic superannuation must not be invested in interest, alcohol, weapons, tobacco, pornography or pork.

Construction company Binah said the NAB’s sharia-compliant finance meant it could take on projects with development partners and fund them while maintaining core values of their faith. 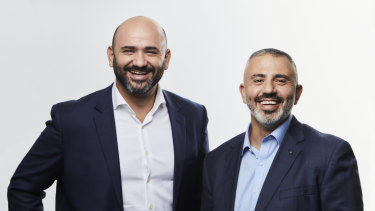 “There are developers that we work with that in the past just haven’t used any bank finance so we deliver projects with 100 per cent of their own equity,” said managing director Amen Zoabi.

Mr Zoabi said a block of 25 apartments in Huskisson on the south coast of NSW – all of which had been sold – had been waiting to be developed. The developer did not have all the equity but did not want an interest-accumulating loan due to their faith.

“By using the NAB we were able to unlock the site and get the project moving. Jobs creation, investment in the local economy, all of those things have now been made possible.”

Meanwhile Islamic Banking Australia – a group of Muslim Australians and industry veterans – have applied for a licence for a digital bank that is totally sharia-compliant.

Chief executive Dean Gillespie says the bank already has a customer waiting list of 5000 and hopes to open next year.

“One of the great challenges in starting Australia’s first Islamic bank is that you have all of these jurisdictional and legislative challenges that you don’t have when you’re running a conventional bank,” Mr Gillespie said.

“If you have a particular type of transaction called a murabaha – where the bank buys the property and then immediately sells it to the customer – obviously you get hit normally with two sets of stamp duty.”

To date, Victoria is the only state to recognise the potential for Islamic finance contracts to incur double stamp duty, introducing legislative exemptions in 2004.

Mr Gillespie said he wrote to the states about six months ago calling for reforms in line with Victoria’s.

Melbourne-based investment advisory firm Hejaz Financial Services has also applied for a banking licence after seeing huge demand for its sharia-compliant finance, mortgages and superannuation since 2013. The firm will also soon offer a sharia-compliant prepaid card. 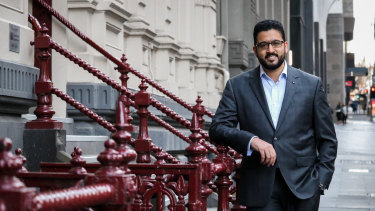 Chief operating officer Muzzammil Dhedhy, a qualified cleric and Islamic theologian, says Islamic laws govern all aspects of Muslims’ lives and many will not feel comfortable dealing with a conventional bank.

“Even to the extent that they would rather hold savings in physical cash form at home despite the inherent security and safety risks and forgone earnings,” he said.

Mr Dhedhy said awareness about Islamic finance was definitely growing in Australia. “We are quite privileged and also excited by the fact that we are at the forefront of that.”