Scott Frost’s time at Nebraska has come to an end.

Nebraska athletic director Trev Alberts announced Sunday that the school has fired Frost as head coach just three games into his fifth season on the job.

The move comes on the heels of a 45-42 home loss to Georgia Southern that dropped the Huskers to 1-2 on the season and 16-31 overall with Frost as head coach. On top of that, the loss put the Huskers at an unfathomable 5-22 in one-possession games under Frost.

Alberts informed Frost of the decision earlier Sunday. Mickey Joseph, the Huskers’ associate head coach, will serve as interim head coach for the remainder of the season.

“Scott has poured his heart and soul into the Nebraska football program both as a quarterback and head coach, and I appreciate his work and dedication,” Alberts said. “After the disappointing start to our season, I decided the best path forward for our program was to make a change in our head coaching position.”

Frost, a Nebraska native who played quarterback for the Huskers, was hired in late 2017 after an undefeated season at UCF. He inherited a UCF program that went winless in 2015, guided it to a bowl game in 2016 and then a memorable undefeated record in 2017.

Frost promised a quick turnaround at Nebraska, a storied program that hasn’t recaptured the glory of the Tom Osborne era. That turnaround never came close to materializing. Instead, the Huskers became a program known for untimely turnovers, putrid special teams play and consistently coming up short in close games. 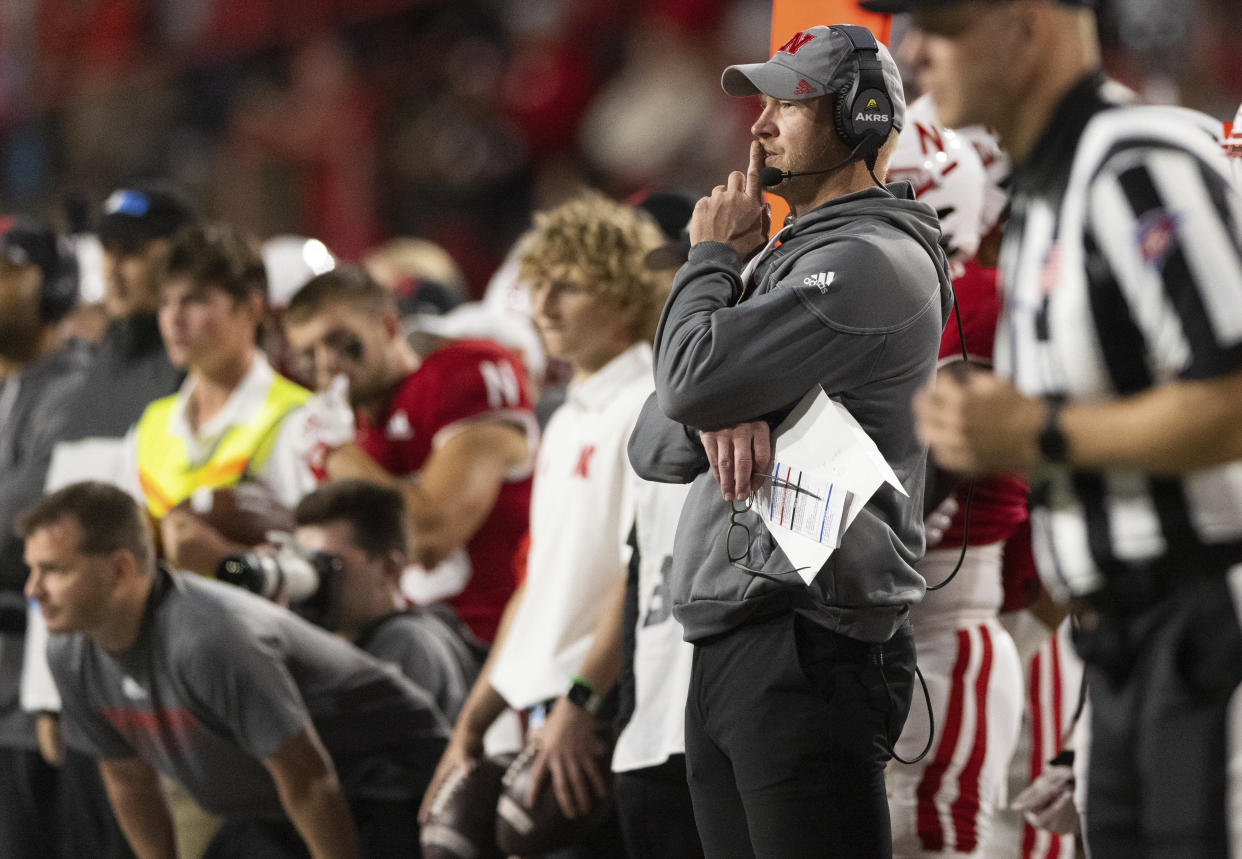 Nebraska went 0-8 in one-score games a season ago but Alberts decided to bring Frost back for 2022, albeit with a reduced buyout. That buyout was set to reduce from $15 million to $7.5 million on Oct. 1, but Alberts decided to make the move after the Huskers lost to Northwestern in Dublin in Week 0 (thanks to an inexplicable Frost onside kick call), barely got past North Dakota in Week 1 and lost to Georgia Southern on Saturday.

In the loss to Georgia Southern, Nebraska’s defense couldn’t get off the field. The Huskers gave up 642 yards and allowed the Eagles to march 75 yards in 2:29 to take the lead with 36 seconds to play in just its second game under ex-USC head coach Clay Helton. The Eagles were too much for Nebraska and created a fitting end to the latest disastrous chapter in Huskers’ history.

Nebraska coaches like Frank Solich, Bill Callahan and Bo Pelini were all fired despite winning records. And then Mike Riley was fired after having a losing record in two of his three seasons.

Despite continued losing, Frost was given chance after chance. The Georgia Southern loss proved to be the final straw.