Residents of a small estate have been left horrified after a large, snaking sewage pipe was installed outside their front doors.

The colossal pipe stretches across the cluster of new build houses transporting sewage up and down and around the buildings.

Anglian Water has apologised for the temporary water fixture whilst repairs are made to a damaged section of underground pipe.

The enormous pipe has been hailed as an ‘incredible engineering feat’ and is so big it can be seen winding round the estate from the sky. 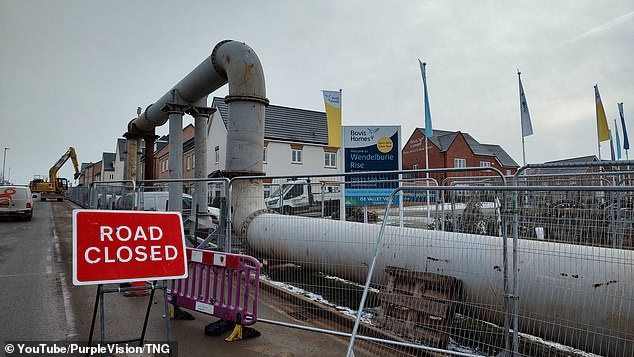 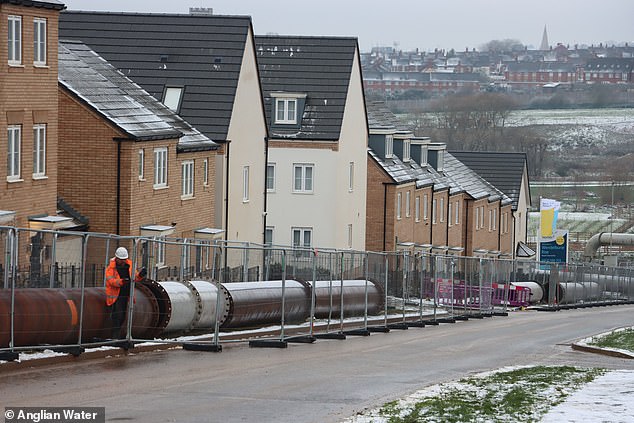 Since the pipe was erected in November 2022, residents have become increasingly irritated by its presence

As you might expect, residents of the development – where properties start at £272,000- aren’t too happy with their new outdoors fixture.

Many have criticised Anglian Water for the manner in which it was announced.

One said: “We had a letter just saying ‘sorry for the works’ and were given a hamper to say sorry, but that doesn’t change the fact that we’ve got this outside of our house.

“We have people plowing up the front of our house to try and park to deliver things. It’s not great but I understand it needs to be done.”

Another who lives nearby added: “Residents have been complaining for over 12 months about the sewage coming up through their new homes. It’s a disgrace.”

The pipe is understood to be staying until at least the end of March as engineers try and find the source of a leak in the underground sewage network.

They are drilling a number of trial holes in a bid to repair the affected pipeline.

Bovis Homes launched its new Wendelburie Rise location in 2018 and some houses there go up to more than £500,000.

The pipeline was erected at the start of November after issues with the network were reported. 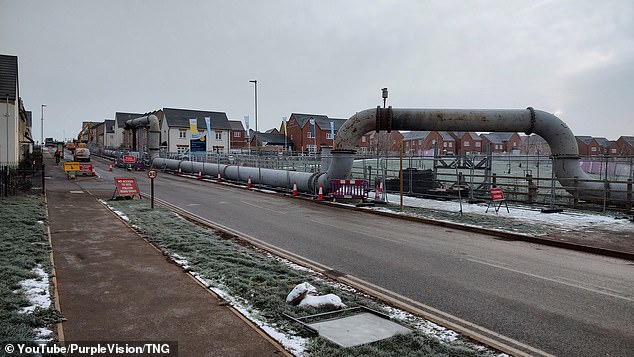 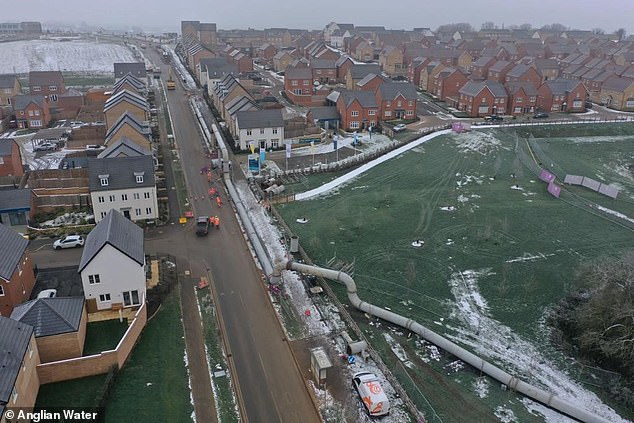 Anglian Water says it accepts it has changed the look of the estate but it is temporary.

A spokeswoman said: “As soon as we permanently fix the damaged section of the sewer, we will remove the temporary pipe.

“Although it is difficult to give timescales at this stage, as it depends on the extent of the repair required, we currently estimate the work will take around eight weeks.

“Taking everything into account, we believe the pipe will be in place until the end of March.

“We’ll keep people updated as our understanding of the problem develops.

“We are treating the permanent fix as an emergency and will continue to work as quickly as possible to fix the damaged sewer.”