Former Israeli Prime Minister Benjamin Netanyahu had such expensive tastes that he demanded gifts in the form of cigars to dip into Cointreau liqueur, a Jerusalem court heard today.

Netanyahu is undergoing a blockbuster corruption trial on charges of fraud and breach of trust for allegedly accepting luxury gifts from billionaires Arnon Milchan and James Packer worth hundreds of thousands of pounds, advancing the former’s various interests in return.

An aide to the two billionaires testified that she had been ordered to buy cigars and Cointreau – among other items – to satiate the former prime minister and his wife Sara’s incessant demand for luxury goods.

Deutsche Presse Agentur reported Hadas Klein telling the court she gradually became a conduit for an endless supply of luxury goods of cigars, jewellery and pink champagne that were not gifted to the Netanyahus so much as demanded by them.

Australian mogul James Packer, who was deeply impressed with Netanyahu after meeting him in 2013, told Klein to give the Netanyahus anything they asked for and not to hold back anything, she said. 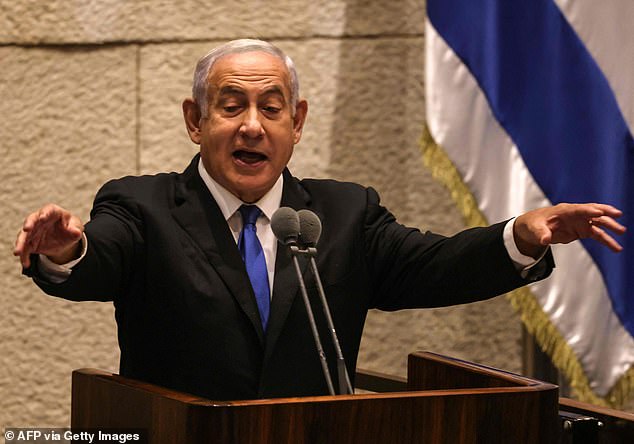 Benjamin Netanyahu, pictured in the Knesset last week, is in undergoing a blockbuster corruption trial on charges of fraud and breach of trust for allegedly accepting luxury gifts from billionaires Arnon Milchan and James Packer worth hundreds of thousands of pounds and for advancing the former’s various interests in return 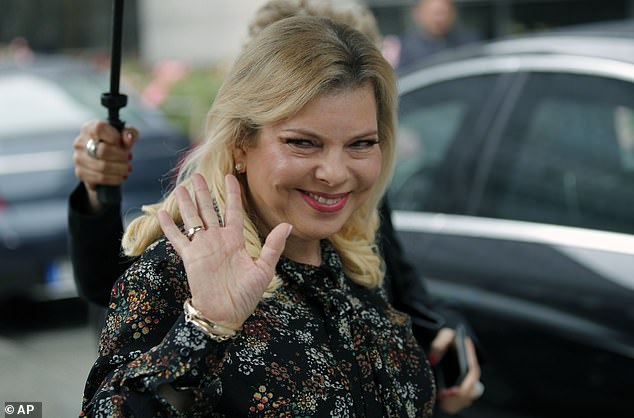 He and his family also allegedly received another £55,000 in champagne and cigars from Packer between 2014 and 2016.

Klein testified on her first day in the Jerusalem District Court that Milchan had made it clear to Australian entrepreneur James Packer ‘you cannot come to the Netanyahus empty-handed.’

She described the incessant demands made by the Netanyahus, fielding calls from the former prime minister to find a specific brand of cigar that he liked.

When she could not find it, Netanyahu called Milchan to complain, forcing her to take an unsuccessful trip to Cuba to track them down.

On another occasion, Klein said Sara requested that she deliver champagne to the Prime Minister’s Residence in Jerusalem on the eve of the Passover holiday.

Klein was unavailable to make the delivery as she was hosting 40 people for the Jewish tradition of Seder night, but when Sara called Milchan to complain he forced her to abandon her guests to drive to Jerusalem.

‘If I’d give three bottles of champagne, [Sara would] complain, ‘Why only three?” she added. 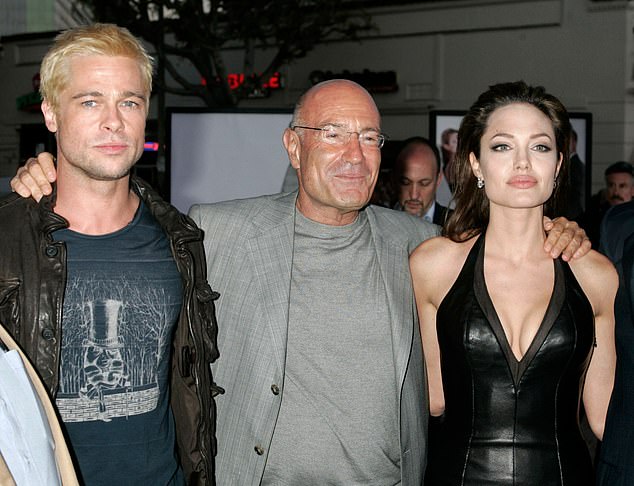 Movie producer Arnon Milchan (centre) poses with Hollywood royalty Brad Pitt and Angelina Jolie at the premiere of their movie Mr & Mrs Smith. Former Israeli Benjamin Netanyahu is accused of accepting thousands of pounds worth of gifts from Milchan 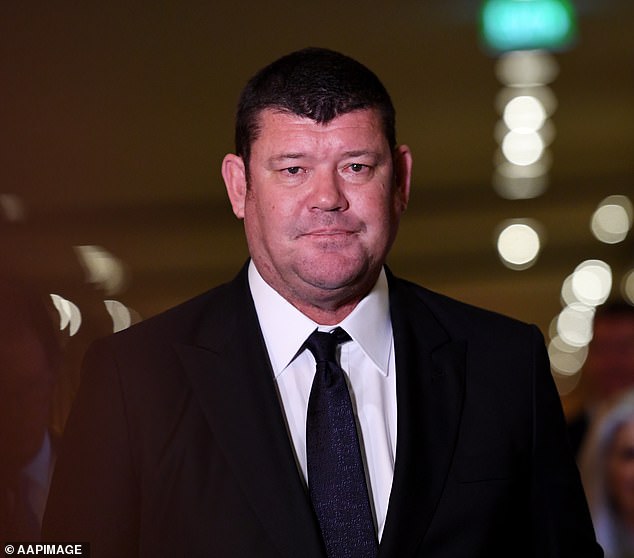 Australian mogul James Packer, who was deeply impressed with Netanyahu after meeting him in 2013, told Klein to give the Netanyahus anything they asked for and not to hold back anything, she said 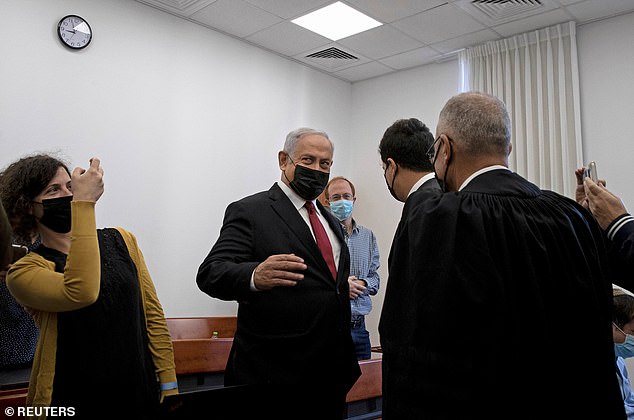 Former Israeli Prime Minister Benjamin Netanyahu in court during his corruption trial at the District Court in east Jerusalem, November 22, 2021

Sara’s favourite champagne was a rosé from Moet & Chandon, while she also delivered the premium Dom Perignon vintage brand, which Klein said they would pay over £327 per bottle for.

Klein detailed numerous occasions in which she or Milchan’s driver would bring the Netanyahus champagne – never fewer than two crates – and cigars, to the official premier’s residence on Balfour Street in Jerusalem or to their Caesarea residence.

‘We were very discreet about it… there was a feeling that we had to be,’ Klein said of the deliveries.

At one point Klein threatened to quit if Milchan did not get Sara to stop sending her constant texts about the gifts that amounted to harassment.

Asked by a prosecutor if she ever got complaints that not enough champagne or cigars had been delivered, Klein responded, ‘that was the story of our lives,’ adding ‘You couldn’t say no, he was the prime minister.’

‘I’d meet Sara often, when we’d bring champagne. When we brought it, we’d bring at least two crates. Of course I purchased the boxes of cigars. The jewellery I would personally give Sara at her house, at the pool. [And the] coats I purchased,’ she said.

Klein said Milchan personally approved all the gift requests since he kept tight control of his finances.

‘Arnon told me, ‘These amounts are starting to get out of control, tell her our accountant is starting to ask questions,” Klein testified, adding that Milchan never volunteered to buy them such gifts.

Netanyahu is currently opposition leader and is seeking a return to the prime minister’s office in a general election to be held in November, in spite of the corruption trial which has been going on for two years.

He has denied wrongdoing and claimed that the charges were fabricated and part of a bid by the state prosecution and political rivals to force him from office.