New data reveals Britain’s most popular cars by postcode: While Bristolians opt for a VW, motorists in the capital prefer a Mercedes or BMW – and it’s a good old Ford in Liverpool and Essex

Where you live is a real driving factor in the type of car you end up owning, according to new data from the DVLA.

Vehicles tend to sell best closest to the factories where they are made – while in well-off parts of the UK, it is almost mandatory to own a luxury marque.

In the W8 postcode, encompassing wealthy Kensington in West London, one car in four is either a BMW or Mercedes.

Meanwhile, Aberystwyth and the Shetland and Orkney Islands have the smallest percentage of these two brands, making up just one in every 20 vehicles.

Nissans are popular on Tyneside, where there is a factory. 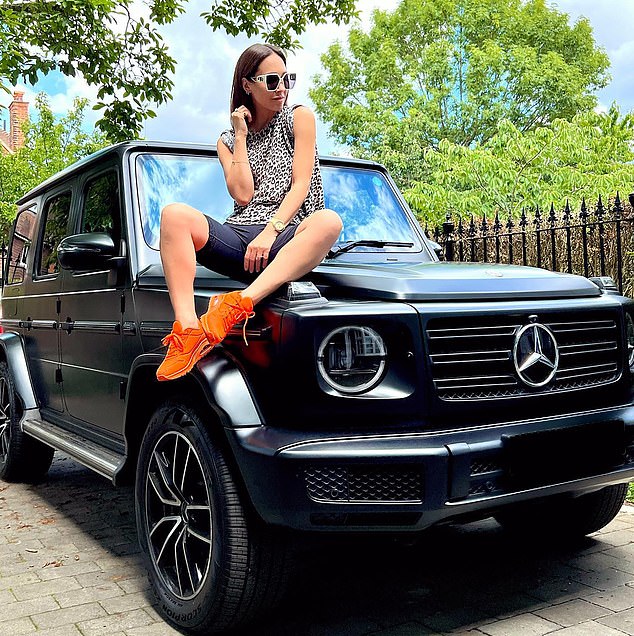 Mercedes are among the most popular vehicles in wealthier areas of the UK. Pictured: Myleene Klass sits on her Mercedes

Volkswagen cars are at their most popular in Bristol, Volvos on the Scottish Borders, Fiats in Cardigan, Wales, and Hyundais in Carrickfergus, Northern Ireland.

Electric cars are popular in London – where they avoid the daily £27.50 charge imposed on more polluting cars – and Skegness.

Local car dealer David Smith, of NT Shaw of Louth, said the large retired population around Skegness find the cars ‘so easy to drive and cheap to run – and crucially, they have the disposable income to buy them in the first place’.

Car brand / postcode area (percentage of all cars in that area)