Tucked inside the $1.7 trillion government spending bill set to be signed by President Biden this week are a host of significant retirement reforms, including a series of provisions that experts say is nothing short of a redefinition of the private retirement system itself.

The far-reaching new law has ideas that link people’s efforts to save for the future with more pressing needs, especially struggles to pay off student loans and put money aside for an emergency.

The changes for 2023 will “stretch and expand the retirement system to recognize that people's financial lives are interwoven and complicated,” said Timothy Flacke, the co-founder of a nonprofit called Commonwealth that worked with Congress and the private sector on the emergency savings provisions.

He and others have pushed for the provisions, especially those around emergency savings, as a way to give lower-income Americans more support in the coming years and head off what many worry is a burgeoning retirement savings crisis in the U.S.

“We need to find a way to balance today's needs with tomorrow's needs,” said Chantel Sheaks, a vice president focused on retirement policy at the U.S. Chamber of Commerce. "Unfortunately, I think what we've been doing in this space is only looking at one or the other.” 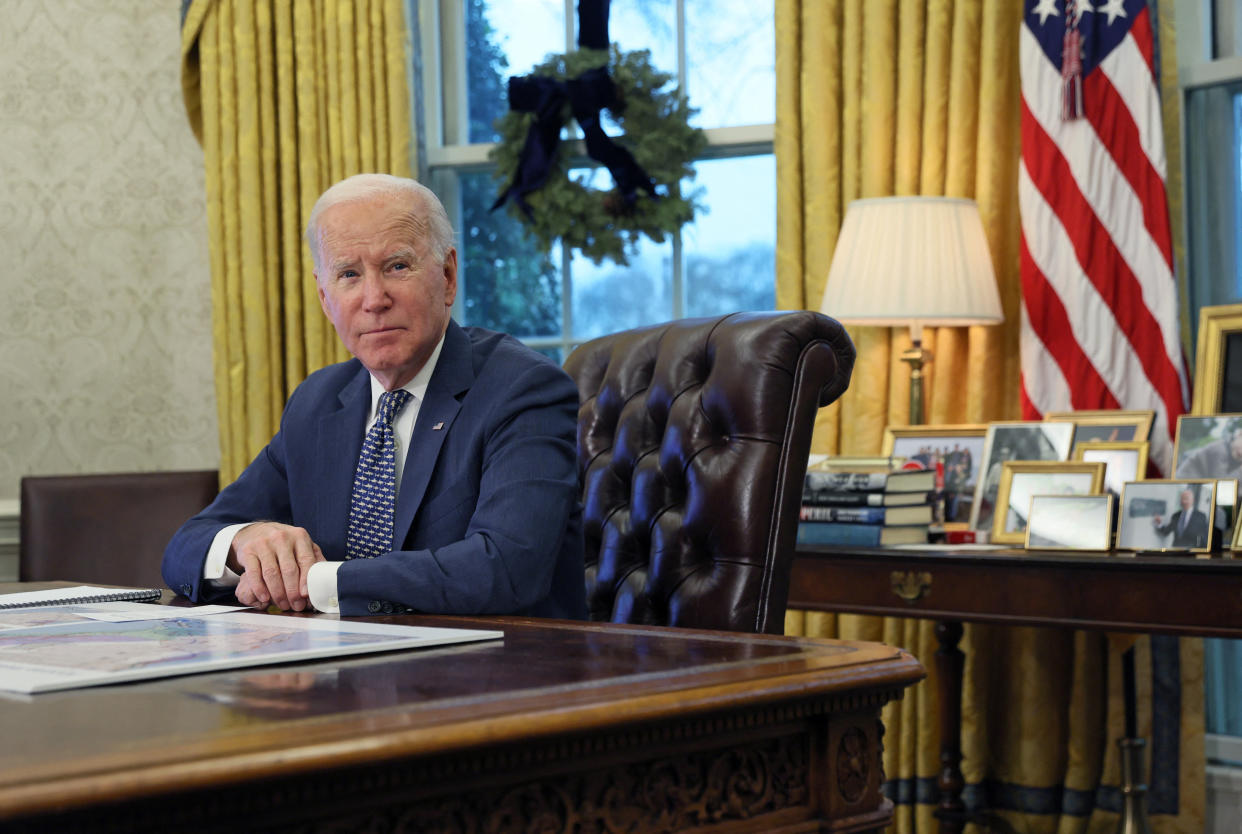 A link between retirement saving and student loans repayments

Of interest to people holding student loans is Section 110 of the bill that treats student loans as deferrals for the purpose of retirement savings.

What that means in practice is, beginning in 2024, if the company chooses to provide the benefit, a worker could write a check for their monthly student loan bill, but in the process also earn a “match” for their 401(k), 403(b), or SIMPLE IRA account

Proponents of the new law say it will help young people avoid missing out on years of saving and the compound interest that builds up when people start early. A 2019 study from Bankrate found that 29% of college graduates with student loans delayed retirement savings. Another study, from the Employee Benefit Research Institute, found that holding student loan debt is a key factor in how much households were able to save.

This idea of allowing simultaneous student loan payments and retirement savings has bounced around Washington for years and has gradually gained bipartisan support. Sen. Ron Wyden of Oregon put forward a bill in 2019 with Republicans like Rep. Fred Keller (R-PA) also championing the effort over the years. 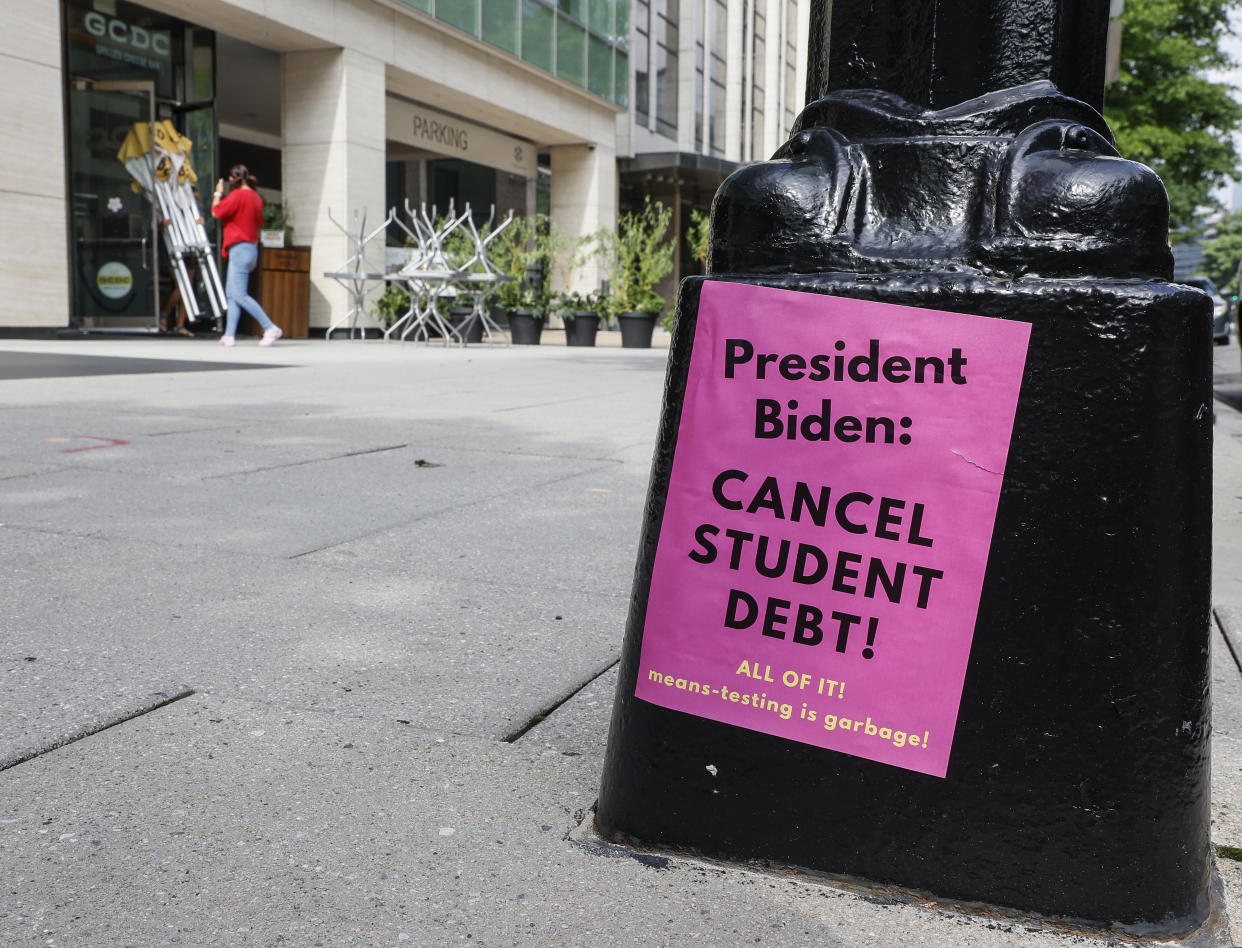 New rule to get ‘workers into emergency savings’

Also in the bill (Sections 115 and 127) are similar ideas that will link retirement and emergency saving.

The Federal Reserve has closely tracked the large percentage of Americans who have to scramble to cover a hypothetical expense of $400 for something like an unexpected car repair. As of 2022, the Fed found that this common scenario would represent a hardship for nearly a third of American households.

The new law aims to be a hedge against that by allowing employers to offer their non-highly compensated employees an option of putting money into a “sidecar account” alongside their retirement account. Employees would be able to save up to $2,500 that could be accessed at any time for any reason.

The bill also would allow employers to offer a savings match — similar to the student loan provision — if they so choose. That provision was written by Sens. Cory Booker (D-NJ) and Todd Young (R-IN). 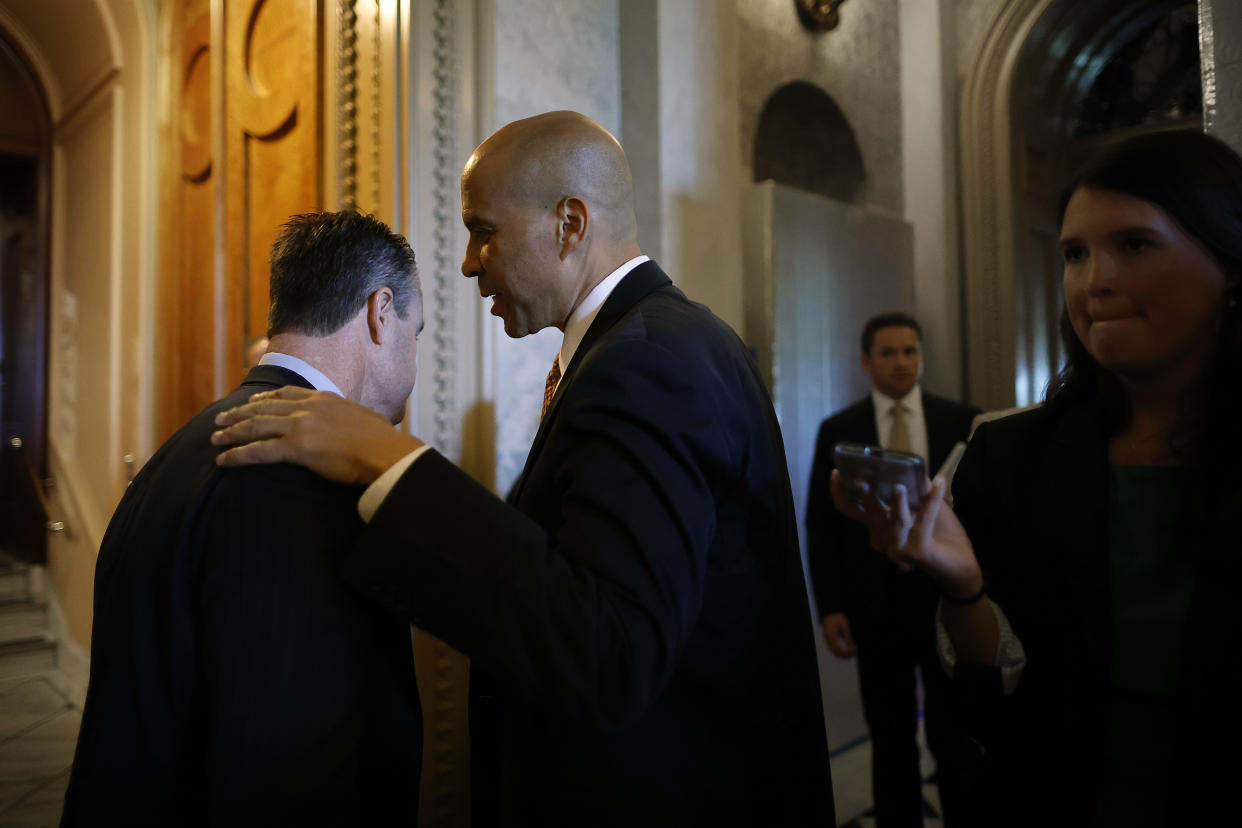 The crucial point, according to many experts, is that the provision includes the option of automatic enrollment, so workers would begin putting aside for emergencies by default. Lawmakers had also hoped to include another provision allowing employers to automatically enroll employees into an emergency savings account even if a retirement plan wasn’t available, but it wasn’t ready in time for passage this year.

Another part of the bill will make it easier for people to access their existing retirement plans for emergencies without paying the onerous tax penalties that often come with withdrawing early.

That effort, championed by Sens. James Lankford (R-OK) and Michael Bennet (D-CO), provides an “exception for certain distributions used for emergency expenses,” according to a summary of the legislation. Participants would be able to take out up to $1,000 a year penalty-free and would be required to pay back the money down the road.

“Not having emergency savings can have both short- and long-term impacts,” said Jeff Cimini, a senior vice president at Voya, adding that his company has found that employees with an emergency savings backstop contribute to their long-term retirement plan about 50% more than they would otherwise.

“The pathway now is plan providers, record keepers, the vendor community stepping up to turn the opportunity in the legislation into real features that they can offer their clients,” said Flacke, adding that he is optimistic based on the feedback he is getting that these provisions will end up helping tens of millions of people in the years ahead.

“You don't change enormous systems that serve tens of billions of people overnight, but the trend lines look positive," he said.

Devin Miller, the founder of a company that provides emergency savings accounts called SecureSave, recently likened it to the early days of health savings accounts, or HSAs.

“Once employees know about this concept, it is typically one of their top choices that an employer could offer,” he said.

Still, all sides agree that the provisions are just a first step that lawmakers hope to build on in the years ahead to provide more far-reaching changes that will impact more Americans. For example, this year's retirement bill won’t address the challenge of Social Security, which could run low on funds as early as 2034.

And when it comes to the private retirement system, Tim Shaw of the Aspen Institute points to the challenges ahead. He released a statement last week hailing the bill, but quickly added “come January, it’s time to get back to work as 57 million U.S. workers still lack access to workplace retirement plans.”

Ben Werschkul is a Washington correspondent for Yahoo Finance.