No, Tom Brady wasn’t off filming for the new season of “The Masked Singer” during his 11-day absence from the Tampa Bay Buccaneers.

At least, so he says.

Brady returned to practice on Monday after taking a leave of absence from the team for undisclosed personal reasons. He also returned to Twitter on Monday afternoon to shut down rumors that he was actually filming for the popular Fox singing competition — which is something fans theorized in recent days.

Instead, Brady quote-tweeted a video from his clothing brand that showed him (well, someone) riding a motorcycle in his underwear.

Wasn’t on the masked singer last week. Was wearing a mask though. https://t.co/E3wg9LaC1I

That sounds exactly like someone who is on “The Masked Singer” would say.

The show hasn’t responded to questions about it so far, either — which makes perfect sense. It’s based completely off of rumors just like this.

It’s a strange job at times. No response, but why would they? This is gold for a show built on anonymity. pic.twitter.com/A52fI7PEbF

Brady stepped away from the team earlier this month for what was reportedly a pre-planned absence, though neither he nor the Buccaneers explained why. There have been reports that Brady was on vacation with his family in the Bahamas and more.

One theory linked him to “The Masked Singer,” which isn’t the craziest thing. Brady has already signed a deal to work for Fox, the same network that runs the show, as an analyst once he retires. Brady’s teammate and longtime friend Rob Gronkowski has been on that show in the past, too, and it’s currently filming new episodes in Los Angeles.

Obviously, a quarterback leaving his team to participate in a singing competition just weeks before the season kicks off sounds highly unlikely. But if anyone could pull it off, wouldn’t it be the seven-time Super Bowl winner?

That theory, however, is apparently too good to be true.

“I’m excited for the season, I’ll be tuning in,” tight end Cam Brate joked on Monday. “I guess they only filmed it in 11 days or whatever. I have no idea. It was kind of funny, all the rumors and stuff … We’re happy to have him back.” 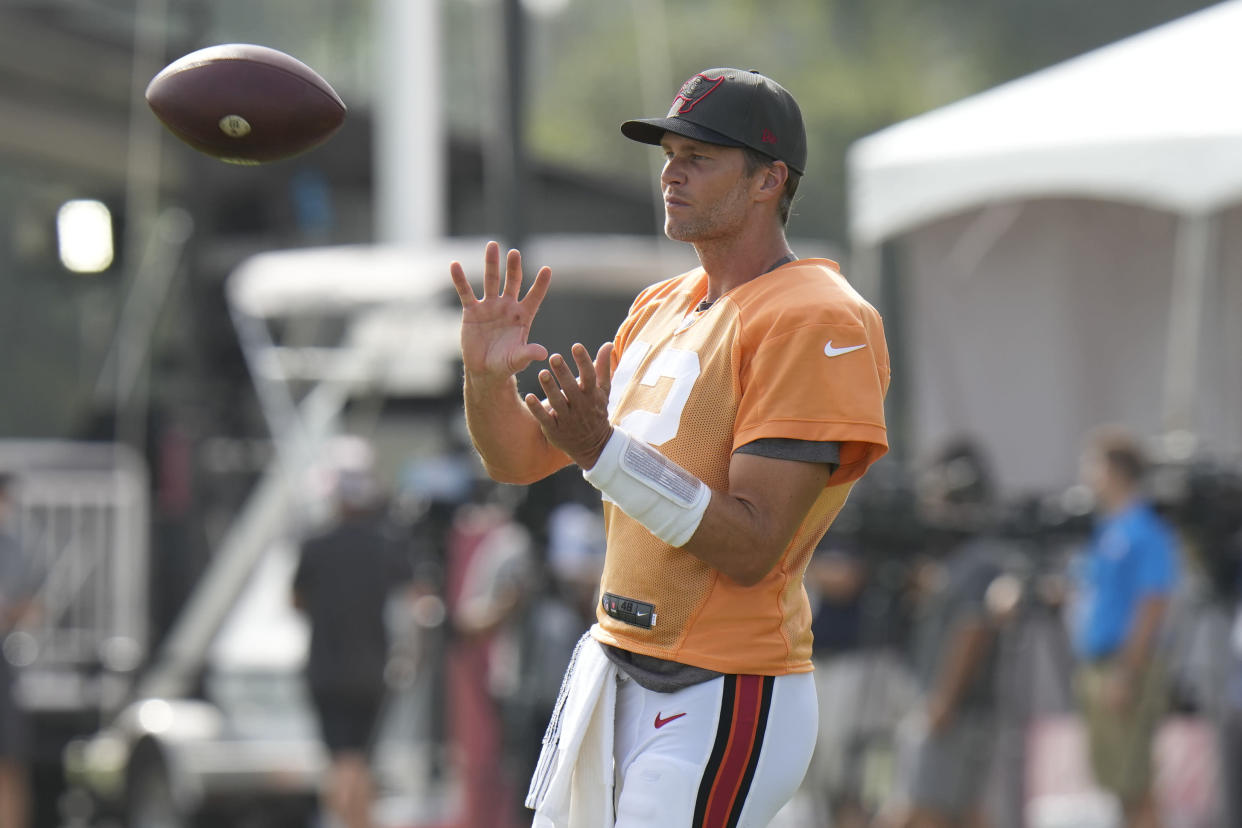