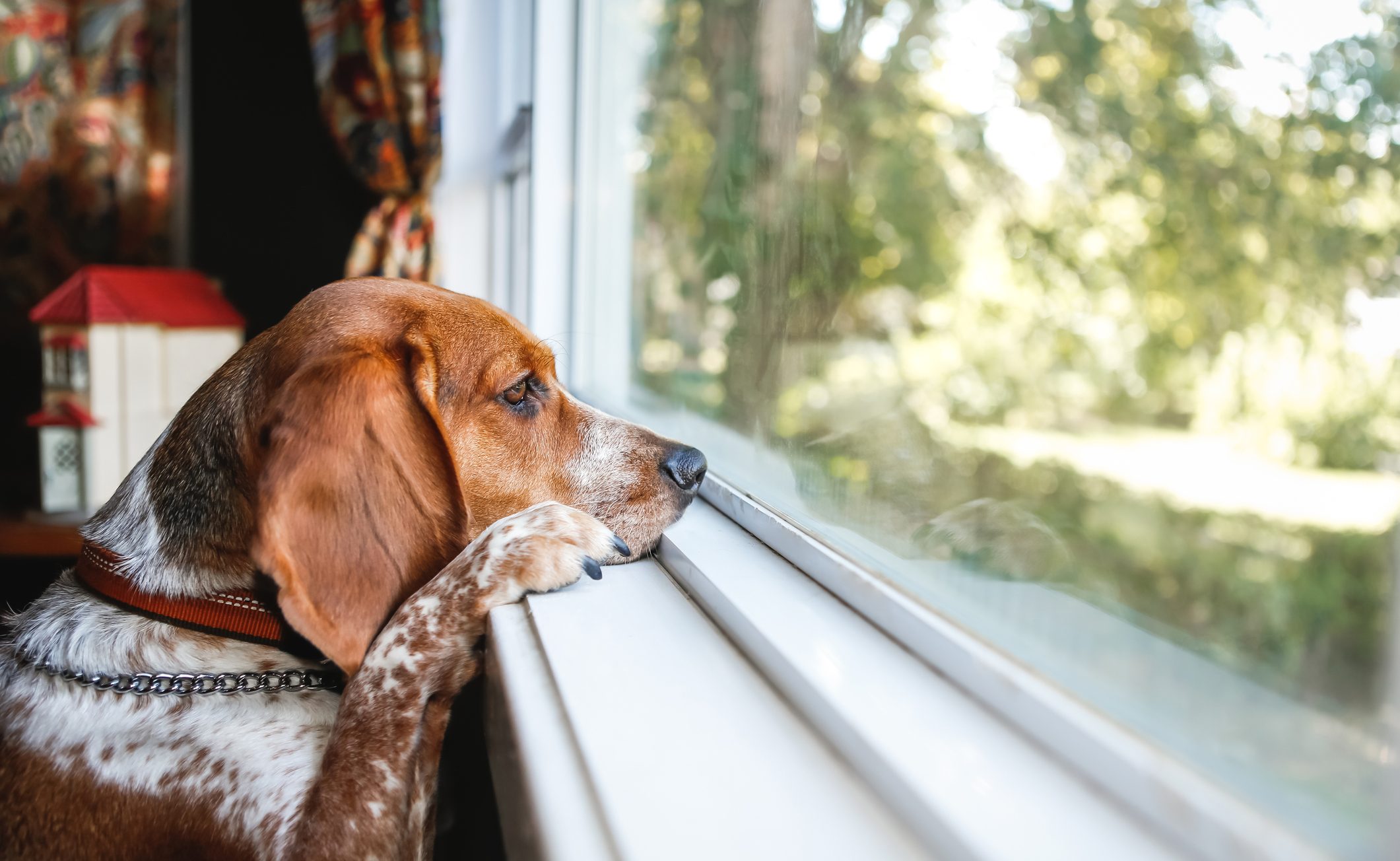 A study inspired by a scientist’s own dog has found that canines are capable of welling up with joy when their owners come home.

When Professor Takefumi Kikusui’s poodle had puppies six years ago, he noticed something new and interesting was happening to the dog’s face – she had tears in her eyes.

Professor Takefumi said: ‘That gave me the idea that oxytocin might increase tears.’

Yes, dogs can produce tears, it just so happens that they don’t fall from their eyes like ours do when we cry.

Professor Takefumi, of Azabu University in Japan, was inspired by this observation, and went on to discover that dogs have more tears in their eyes than normal when reunited with their owners.

In comparison, their base level of tears didn’t change when they met someone they didn’t know.

When the researchers added oxytocin – AKA, the ‘love hormone’ – to the eyes of the dogs they were studying, they filled up with tears too, supporting the theory that it’s the release of oxytocin that causes the tears to well up.

It’s already known that the hormone is released in dogs and their owners when they play together, but these findings add a new and intriguing piece to the puzzle that is canine emotion.

Professor Takefumi said: ‘We had never heard of the discovery that animals shed tears in joyful situations, such as reuniting with their owners, and we were all excited that this would be a world first.’

The research team also asked people to rate pictures of dog faces with and without artificial tears in them.

These participants loved the teary-eyed pets more, which suggests dog tears could help forge stronger connections between people and their four-legged pals.

‘Dogs have become a partner of humans, and we can form bonds,’ says Professor Takefumi.

‘In this process, it is possible that the dogs that show teary eyes during interaction with the owner would be cared for by the owner more.’

While the study, which has been published in the journal Current Biology, showed dogs shed tears in happy situations, the researchers haven’t tested what happens with negative emotions.

They’re also yet to find out whether dogs experience the same emotional reaction to their fellow canine friends, but they hope to do so soon.