A huge procession will accompany the Queen’s coffin from Westminster Abbey to Hyde Park as London bids a final farewell to its longest-serving monarch on Monday.

Much of the capital will be brought to a standstill as senior Royals walk behind the coffin, joined by members of the police, Armed Forces and the NHS.

Prince William and Prince Harry will walk side-by-side as the procession moves slowly from Westminster Abbey to the Wellington Arch, near the entrance to Hyde Park.

The brothers will follow the King, the Princess Royal, Prince Andrew and Prince Edward as they walk behind the coffin, borne on the State Gun Carriage of the Royal Navy. 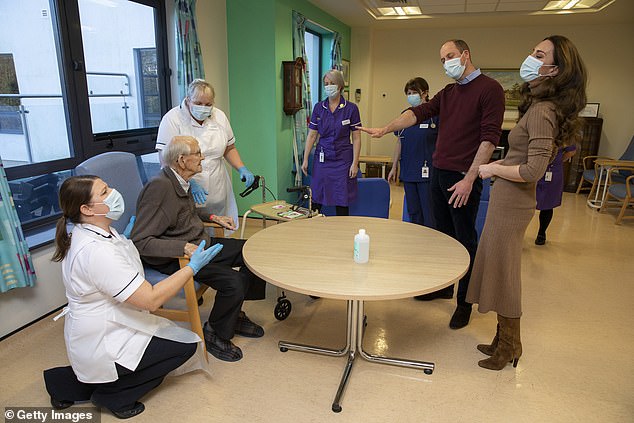 Prince Harry and Prince William to walk together with NHS staff at Queen’s funeral procession. File photo: Prince William and Kate meet patient William Taylor, 94, telling him he doesn’t need to stand to greet them, as they visit NHS staff and patients at Clitheroe Community Hospital on January 20 this year in Clitheroe, East Lancashire 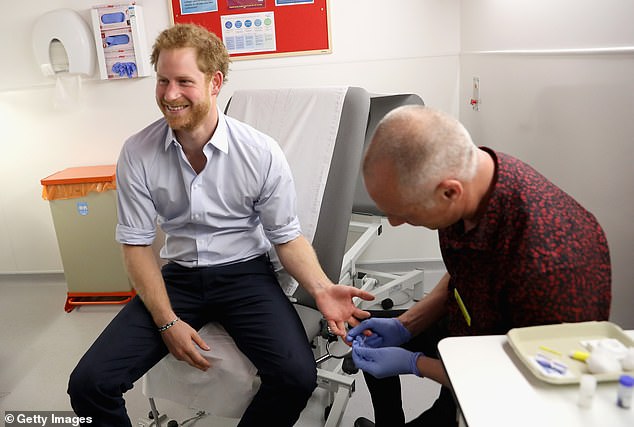 File photo: Prince Harry has blood taken by Specialist Psychotherapist Robert Palmer as he takes an HIV test during a visit to Burrell Street Sexual Health Clinic in July 2016 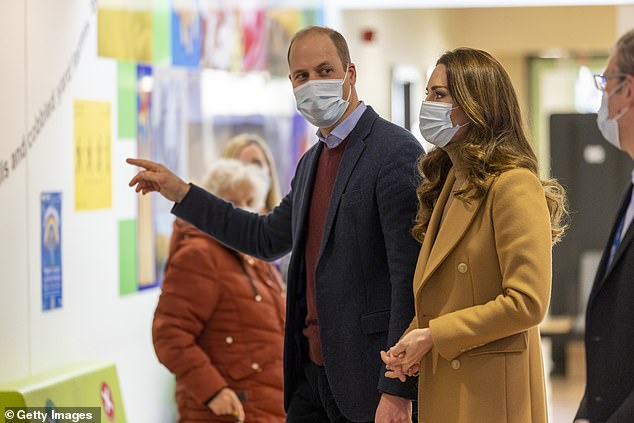 London will be brought to a standstill as senior Royals walk behind the coffin, joined by members of the police, Armed Forces and the NHS. File photo: The Duke and Duchess of Cambridge visiting Clitheroe Community Hospital in January

The sight will echo the brothers’ poignant walk behind the Queen’s lead-lined casket earlier this week, but also their procession behind their mother’s coffin following Diana’s death in 1997.

On Monday the Queen Consort, the Princess of Wales, the Duchess of Sussex and the Countess of Wessex will follow by car. The Queen’s coffin will be carried on a 123-year-old gun carriage towed by 98 Royal Navy sailors in a tradition dating back to the funeral of Queen Victoria.

The procession route will be lined by the Armed Forces in a final salute, and Big Ben will toll at one-minute intervals throughout.

Gun salutes will also be fired every minute from Hyde Park for the duration.

The procession itself will be led by Mounties from the Royal Canadian Mounted Police. They will be followed by members of the George Cross Foundation and detachments from the Armed Forces from around the Commonwealth.

Huge detachments from the RAF, the Army, the Navy and the Marines will follow, each accompanied by their own bands.

In attendance will be the massed pipes and drums of Scottish and Irish Regiments, the Brigade of Gurkhas, and the Royal Air Force – numbering 200 musicians. The gun carriage bearing the coffin will be surrounded by the King’s Body Guards of The Honourable Corps of Gentlemen at Arms, The Yeomen of the Guard and the Royal Company of Archers.

Representatives of the Royal Ulster Constabulary and the NHS will follow the Royals, along with mounted officers from the Metropolitan Police.

William, Prince of Wales (left) and Prince Harry, Duke of Sussex (second-left) walk behind the coffin of Queen Elizabeth II, borne on gun carriage, during a ceremonial procession from Buckingham Palace to Westminster Hall on Wednesday 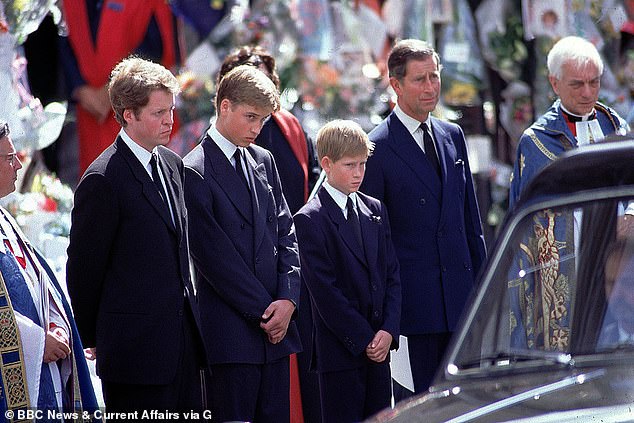 The sight will echo the brothers’ poignant walk behind the Queen’s lead-lined casket earlier this week, but also their procession behind their mother’s coffin following Diana’s death in 1997. Pictured left-right: Earl Spencer, Prince William, Prince Harry and Prince Charles stand alongside the hearse containing the coffin of Diana after the funeral service at Westminster Abbey

A Guard of Honour will remain in position in Parliament Square, and ex-service veterans will flank the Cenotaph on Whitehall as the coffin passes.

The King’s Life Guard will give a Royal Salute as it reaches Horse Guards, before the procession heads into The Mall towards Buckingham Palace.

The King’s Guard will turn out in the forecourt of Buckingham Palace and will give a Royal Salute as the coffin passes the Queen Victoria Memorial, opposite the palace.

At 1pm the procession will reach Wellington Arch, where the coffin will be lifted from the gun carriage and placed into the State Hearse, to begin its final journey to Windsor Castle.

As the hearse leaves Wellington Arch, the parade will give a final Royal Salute and the National Anthem will be played.

The hearse will be followed by the late monarch’s son-in-law Vice Admiral Sir Tim Laurence, husband of Princess Anne, the Duke of Gloucester, the Queen’s cousin, and her nephew, the Earl of Snowdon.