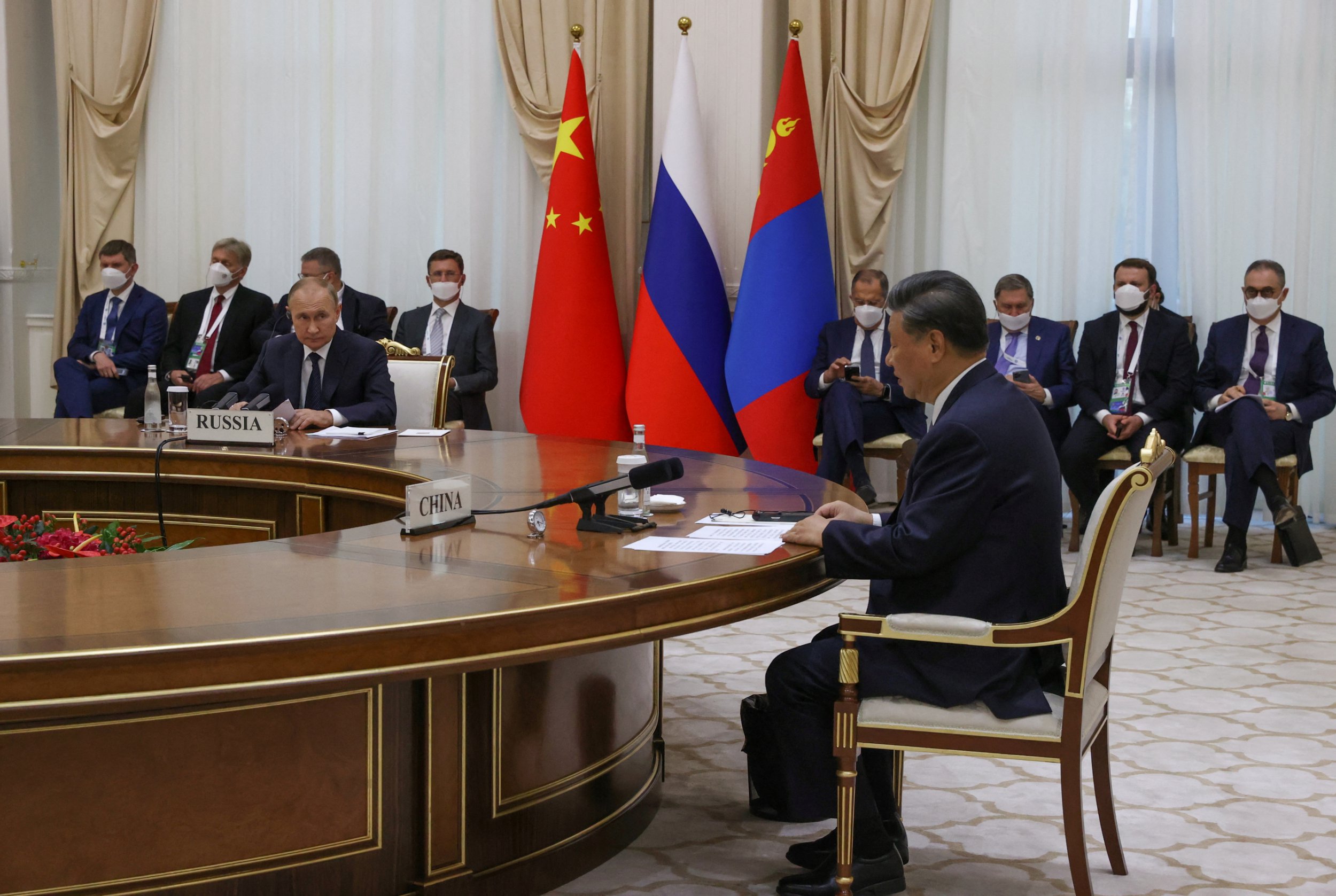 Vladimir Putin has admitted that Chinese President Xi Jinping has ‘questions and concerns’ over his invasion of Ukraine.

The Russian president’s surprise acknowledgement of friction with Beijing comes after a string of humiliating defeats which has seen Kyiv claw back huge swathes of territory.

Putin and Xi last met during the Winter Olympics, when they agreed to a ‘friendship without limits’.

Just three weeks later the Kremlin sent troops into Ukraine on what it still calls a ‘special military operation’.

Since then, China has trod a careful line, criticising Western sanctions against Russia but stopping short of endorsing or assisting in the campaign.

Speaking at a regional summit in Uzbekistan on Thursday, Putin told Xi: ‘We highly value the balanced position of our Chinese friends when it comes to the Ukraine crisis.

‘We understand your questions and concern about this. During today’s meeting, we will of course explain our position.’

Beijing’s support is widely seen as essential for Moscow, which needs markets for its energy exports and sources to import high tech goods as it faces sanctions imposed by the West.

Putin’s remarks suggest a Chinese shift towards a more critical stance, in private at least.

Ian Bremmer, political science professor at Columbia University, said they were the ‘first public sign of Putin recognising pressure to back down’.

‘Russia has become a pariah to the G7 because of their invasion. China wants no part of that,’ he wrote on Twitter.

White House spokesman John Kirby said China should reject Russia’s invasion: ‘The whole world should be lined up against what Mr Putin is doing.’

He told CNN: ‘This is not the time for any kind of business as usual with Mr Putin.’

Russian Foreign Minister Sergei Lavrov later told reporters that the talks behind closed doors with China had been excellent.