Russia on Tuesday sought to pave the way for the formal annexation of Ukrainian territory. The backing of referendum plans in areas its soldiers control were immediately dismissed by Ukraine and the West.

The referendum plans come after nearly seven months of war, including a critical battlefield defeat in northeastern Ukraine. 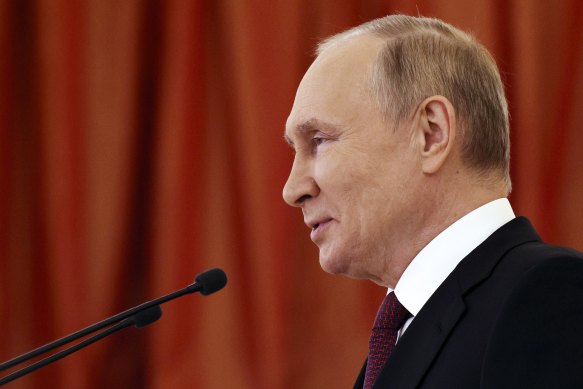 In what appeared to be choreographed requests, Russian-backed officials across 15 per cent of Ukrainian territory – an area about the size of Hungary or Portugal – lined up to request referendums on joining Russia.

The self-styled Donetsk (DPR) and the Luhansk People’s Republics (LPR), which Russian President Vladimir Putin recognised as independent just before the invasion, and Russian-installed officials in the Kherson and Zaporizhzhia regions have asked for votes.

Luhansk, Donetsk and Kherson officials said the referendums would take place within days – from Friday through until Monday. Russia does not fully control any of the four regions, with only around 60 per cent of Donetsk in Russian hands.

Asked about the referendums, Russian Foreign Minister Sergei Lavrov said: “From the very start of the operation … we said that the peoples of the respective territories should decide their fate, and the whole current situation confirms that they want to be masters of their fate.”

If Moscow formally annexed a vast additional chunk of Ukraine, Putin would be daring the United States and its European allies to risk a direct military confrontation with Russia, the world’s biggest nuclear power.

“All this talk about immediate referendums is an absolutely unequivocal ultimatum from Russia to Ukraine and the West,” said Tatiana Stanovaya, founder of the political analysis firm R.Politik.

“If the Donbas referendum idea wasn’t so tragic, it would be funny,” he told reporters in New York.

Dmitry Medvedev, who served as Russian president from 2008 to 2012 and is now deputy chairman of the Russian Security Council, backed the referendums, which he said would change the path of Russian history and allow the Kremlin more options for the defence of what he said would become Russian territory.

“Encroachment onto Russian territory is a crime which allows you to use all the forces of self–defence,” Medvedev said in a post on Telegram. “This is why these referendums are so feared in Kyiv and the West.

“It is equally important that after the amendments to the constitution of our state, no future leader of Russia, no official will be able to reverse these decisions.”

Russia’s nuclear doctrine allows the use of such weapons if weapons of mass destruction are used against it or if the Russian state faces an existential threat from conventional weapons.

Vyacheslav Volodin, the speaker of Russia’s lower house of parliament, the Duma, said he would support the folding in of parts of Ukraine that voted to join Russia. 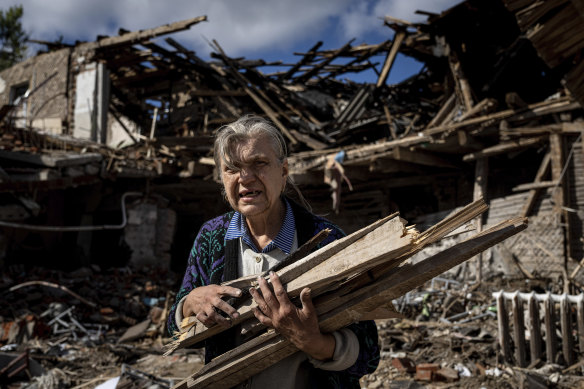 A woman collects wood for heating from a destroyed school where Russian forces were based in the recently retaken area of Izium.Credit:AP

Ukraine said the threat of referendums was “naive blackmail” and a sign Russia was running scared.

“The Russians can do whatever they want. It will not change anything,” Ukraine’s Foreign Minister Dmytro Kuleba said in response to reporters’ questions at the start of a meeting with US ambassador to the United Nations Linda Thomas-Greenfield.

In a tweet, he added: “Russia has been and remains an aggressor illegally occupying parts of Ukrainian land. Ukraine has every right to liberate its territories and will keep liberating them whatever Russia has to say.”

The risk of a wider conflict

US President Joe Biden warned in March that a direct confrontation between the NATO military alliance and Russia would mean World War III. Biden and NATO leaders have been careful to say that they do not want NATO troops in direct conflict with Russian troops.

Putin and senior Russian generals and officials, though, already cast the conflict as a broader contest with the West which they say has sent Ukraine advanced weaponry and helps guide Ukrainian forces with intelligence and training that ultimately kills Russian troops.

Putin on Friday brushed off the lightning Ukrainian counter-offensive in recent weeks and cast the conflict as an attempt to prevent what he said was a Western plot to carved up and destroy Russia. 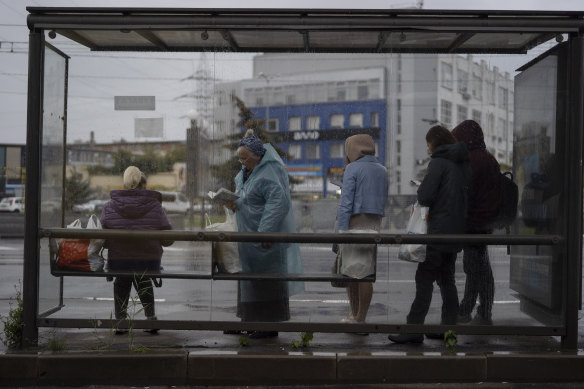 Life goes on in Kharkiv despite the war.Credit:AP

Russia’s parliament on Tuesday approved a bill to toughen punishments for a host of crimes such as desertion, damage to military property and insubordination if they were committed during military mobilisation or combat situations.

The conflict in eastern Ukraine began in 2014 after a pro-Russian president was toppled in Ukraine’s Maidan Revolution and Russia annexed Crimea, while Russian-backed separatists in the Donbas – which is comprised of Donetsk and Luhansk – sought to break away from Kyiv’s control.

After Russian forces took control of Crimea, which has an ethnic Russian majority and was transferred to Ukraine in Soviet times, on February 27, 2014, a referendum on joining Russia was held on March 16.

Crimea’s leaders declared a 97 per cent vote to secede from Ukraine. Russia formally added Crimea on March 21. Kyiv and the West said the referendum violated Ukraine’s constitution and international law.