A pilot who died after exiting a plane that later made an emergency landing in North Carolina last month appeared “visibly upset” and told his co-pilot that he felt sick and needed air, federal officials said.

Charles Hew Crooks, 23, second-in-command on the CASA CN-212 Aviocar, then got up from his seat, removed his headset and apologized to the pilot before “departing the aircraft” via the aft ramp door, according to a preliminary report released Tuesday from the National Transportation Safety Board.

The other pilot, whom the NTSB did not identify, told investigators Crooks did not appear to reach for a bar about 6 feet above the ramp before he fell out of the twin-engine plane July 29, officials wrote in the three-page report.

Crooks, who was not wearing a parachute, fell about 3,500 feet, officials said. His body was found roughly 30 miles from the Raleigh-Durham International Airport, where the plane landed.

Investigators have not said whether Crooks died on descent or on impact.

Miami to London in half the time? American Airlines agrees to purchase supersonic planes

“Postaccident examination of the airplane revealed substantial damage to the RMLG, landing gear fittings, and the airframe structure where the fittings attach,” according to the report.

The damaged airplane was retained for further examination, officials reported. 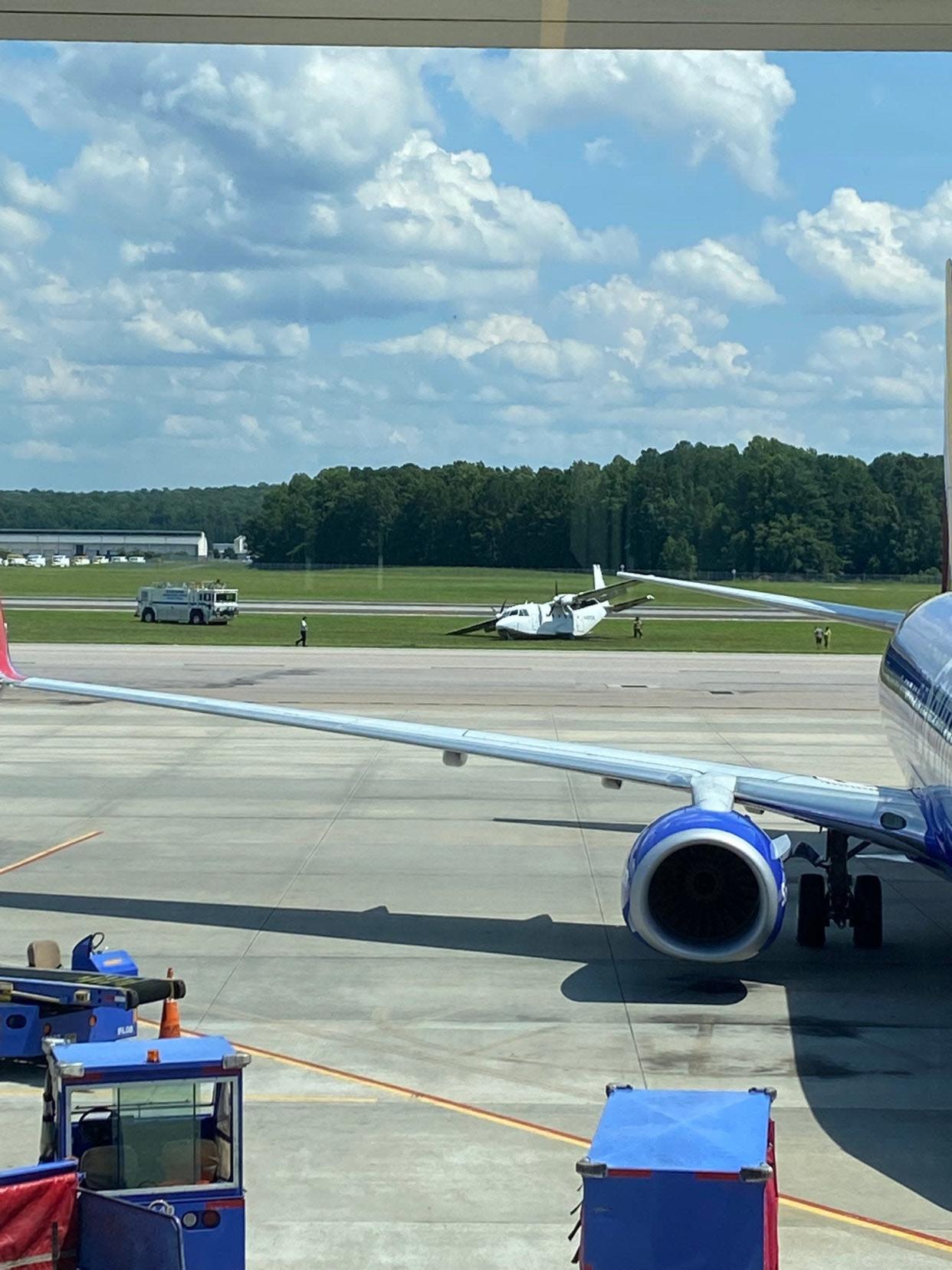 Earlier, the senior pilot told investigators, the pair had been ferrying skydivers when the plane “dropped” and its landing gear struck a runway.

Crooks declared an emergency and coordinated with air traffic controllers at Raleigh-Durham International Airport, officials wrote in the report.

After about 20 minutes, Crooks became “visibly upset” about the hard landing and stopped communicating with air traffic controllers, the report said.

Around that same time, the report said, Crooks opened the side window in the cockpit and “may have gotten sick,” the senior pilot told investigators.

The pilot who landed the plane was taken to a local hospital with minor injuries and released.

Natalie Neysa Alund covers trending news for USA TODAY. Reach her at [email protected] and follow her on Twitter @nataliealund.