Sydney Trains boss Matt Longland has pleaded with commuters to work from home where possible, warning that just 25 per cent of trains will be running on Wednesday due to planned industrial action.

Rail workers will refuse to operate foreign-made trains as part of the strike action in a move that will wipe out entire lines for the day. 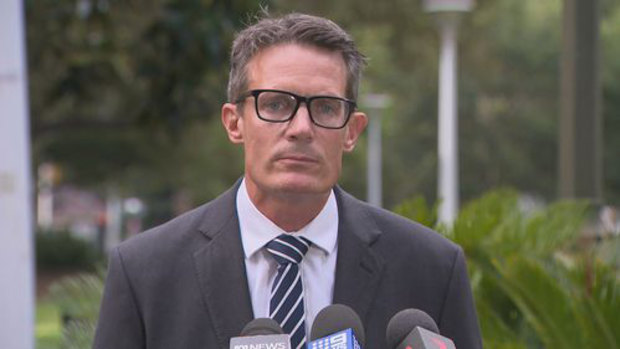 Buses will replace trains between Lidcombe and Bankstown and Lidcombe and Olympic Park, while no services will operate on the T5 line, where commuters are urged to instead use the T1 line.

But the availability of replacement bus services will be unpredictable, as bus workers also plan to take strike action on Wednesday.

Transport Workers’ Union bus drivers will pause services – including school services – across the CBD, the inner west and the city’s south-west from 4am to 7am and again from 2.30pm to 5.30pm due to safety concerns.

Longland warned commuters would experience “very large gaps” of about 30 minutes across all lines of the network and encouraged people to work from home.

“We’ve got about three-quarters of our trains that won’t be in service today. We’ve really spread the available trains very thinly across the rest of the network,” he said.

Longland also warned that services will be making additional stops on all lines, making delays even more significant.

“If you’re travelling a long way into Sydney, it will take a very long time to travel around today.” 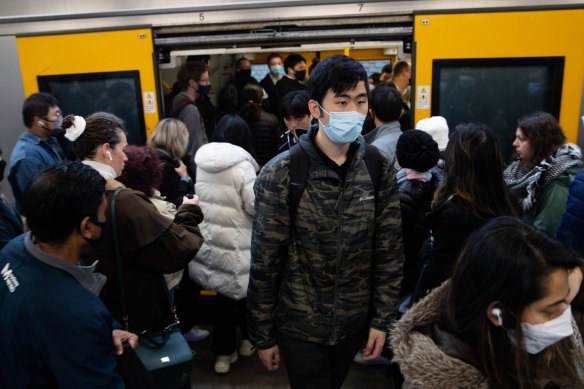 Services across the rail network will be reduced by 75 per cent on Wednesday.Credit:Janie Barrett

Rail union bosses will come head to head with NSW Transport Minister David Elliott on Wednesday as the heated negotiations with the government continue.

Rail, Tram and Bus Union NSW Secretary Alex Claassens will provide an update on the progress of discussions at 10.50am in Sydney on Wednesday.

In a statement released by the union on Wednesday morning, Claassens said he hoped the meeting with Elliott would result in a resolution to the standoff.

“The RTBU is working in good faith with Transport to finally put an end to these negotiations which have been about putting commuter safety front and centre,” he said.

“The NSW Government has a duty of care towards those workers, regardless of today’s protected industrial action, who are upholding the maintenance standards set by the government itself.”

In more chaos for the Wednesday morning commute, all Sydney Harbour tunnel southbound lanes were forced shut for a short time due to an oversized truck. The lanes have since been reopened, but drivers are being warned the build-up of traffic could take a while to clear.