Police are hunting for a man who allegedly sexually assaulted a woman while she was pushing her child’s pram through a park in Melbourne’s east on Friday.

It is alleged the man approached the woman near Mitcham Road about 4.30pm on January 6. The woman claims he asked for a photograph of himself and then a joint selfie before he started kissing her. 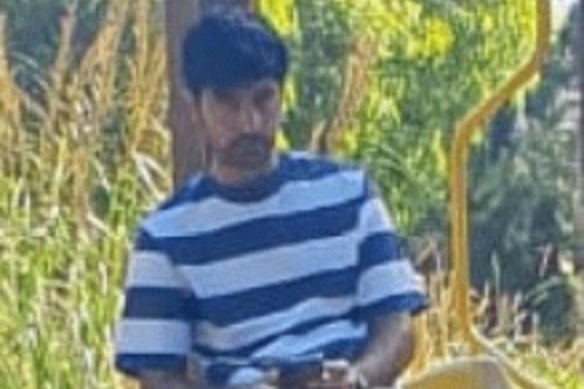 The woman managed to take a picture of the man police wish to speak to.

Police say that, after the initial assault, the man followed the woman and sexually assaulted her once more – putting his arms around her and kissing her.

The terrified mum was able to free herself and raise the alarm. The alleged perpetrator is believed to have walked away from the scene in a northerly direction.

Detectives have released an image of a man, taken by the victim, and are calling on members of the public to come forward with leads.

The man is thought to be in his mid-20s and about 168 centimetres tall. He was wearing a striped T-shirt and tracksuit pants at the time of the incident.

Anyone with information should contact Crime Stoppers on 1800 333 000 or submit a confidential report online at crimestoppersvic.com.au.