NUR-SULTAN (Reuters) – U.S. Secretary of State Mike Pompeo urged Kazakhstan on Sunday to join Washington in pressing Beijing over its treatment of Muslim minorities, a sensitive matter for the Central Asian nation which has close ties with its neighbor China. 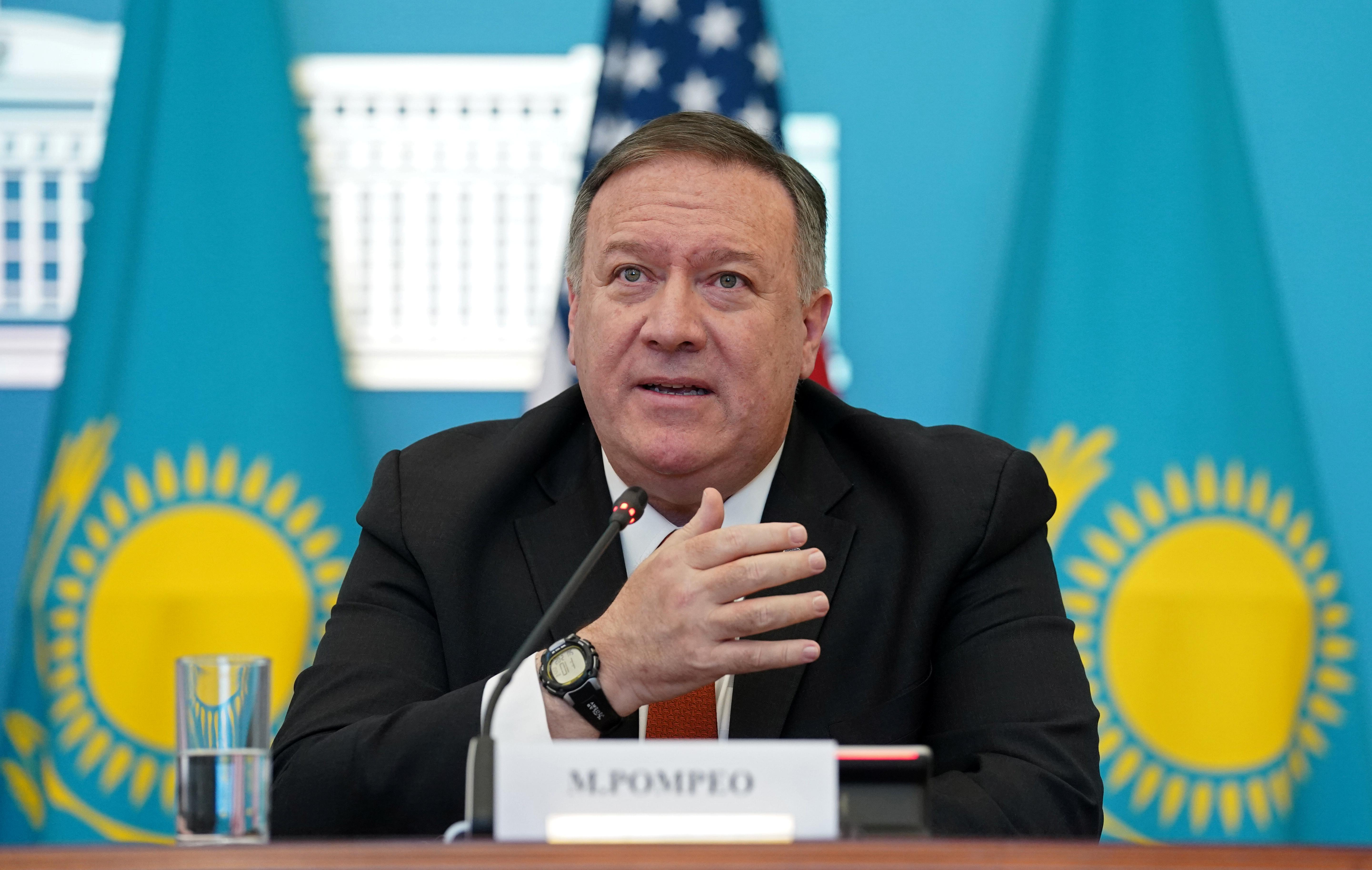 Speaking on a visit to the capital Nur-Sultan, Pompeo said he has raised the matter in talks with Kazakh Foreign Minister Mukhtar Tleuberdi.

“We discussed trafficking in persons and the plight of more one million Uighur Muslims and ethnic Kazakhs that the Chinese Communist Party has detained in Xinjiang, just across the Kazakh border,” Pompeo said.

“The United States urges all countries to join us in pressing for an immediate end to this repression. We ask simply for them to provide safe refuge and asylum to those seeking to flee China.”

The United Nations and human rights groups estimate between 1 million and 2 million people, mostly ethnic Uighur Muslims, have been detained in harsh conditions as part of what Beijing calls an anti-terrorism campaign.

China has repeatedly denied any mistreatment of Uighurs and says the camps provide vocational training. It describes the detainees as students.

Both the United States and China – which are caught up in a broad dispute over trade and other issues – are major investors in Kazakhstan, a former Soviet republic.

Pompeo said on Twitter he met families of ethnic Kazakhs detained in China’s Xinjiang province, and praised Kazakhstan for not forcing asylum-seekers to return to China.

Pompeo said the United States was helping oil-rich Kazakhstan protect itself against the coronavirus outbreak originating from China.

Tleuberdi made no comment on the Uighur issue and focused instead on economic and security cooperation.

china, KAZAKHSTAN, rights, Us, USA
You may also like: