A retired Los Angeles nun will plead guilty to embezzling $835,000 from the elementary school where she worked in order to cover her gambling habits and other personal expenses, officials said this week.

Mary Margaret Kreuper, 79, was charged with one count of wire fraud and one count of money laundering on Tuesday and has agreed to a plea deal, according to a release from the U.S. attorney’s office for the Central District of California.

Kreuper, who had taken a vow of poverty as a nun, worked as a principal at St. James Catholic School in Torrance for 28 years and allegedly embezzled the funds for 10 years until her retirement in 2018.

“The community of faith at St. James was shocked and saddened by these actions and the parish, school and the archdiocese reported the matter and fully cooperated with authorities in the criminal investigation,” the Archdiocese of Los Angeles, which reported discrepancies in school funds in 2018 to authorities, said in a statement, according to The Los Angeles Times.

Kreuper’s lawyer, Mark Byrne, said she was “very remorseful” over the alleged crimes, adding that a mental illness clouded her judgment, The Times reported. He added that she has spent her life helping others. 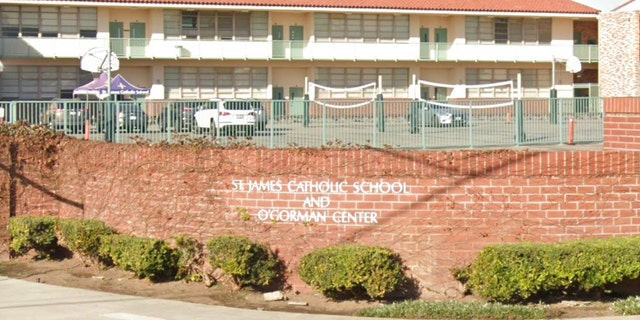 Mary Margaret Kreuper, 79, was charged with one count of wire fraud and one count of money laundering on Tuesday and has agreed to a plea deal for allegedly embezzling $835,000 while she was the principal at St. James Catholic School in Torrance, Calif.
(Google)

She was in charge of tuition and fee payments as well as charitable donations and she controlled several of the school’s credit union accounts during her time at the school, the release said.

Kreuper allegedly diverted money into the St. James Convent Account and the St. James Savings Account “to pay for expenses that the order would not have approved, much less paid for, including large gambling expenses incurred at casinos and certain credit card charges.”

She also allegedly admitted to falsifying monthly and annual financial reports for the school to cover her theft and “lulled St. James School and the Administration into believing that the school’s finances were being properly accounted for and its financial assets properly safeguarded, which, in turn, allowed defendant Kreuper to maintain her access and control of the school’s finances and accounts and, thus, continue operating the fraudulent scheme,” the release said.

The school has not commented on the charges.

The two charges carry a maximum sentence of 40 years.

guilty, nun, plead, retired, to
You may also like: