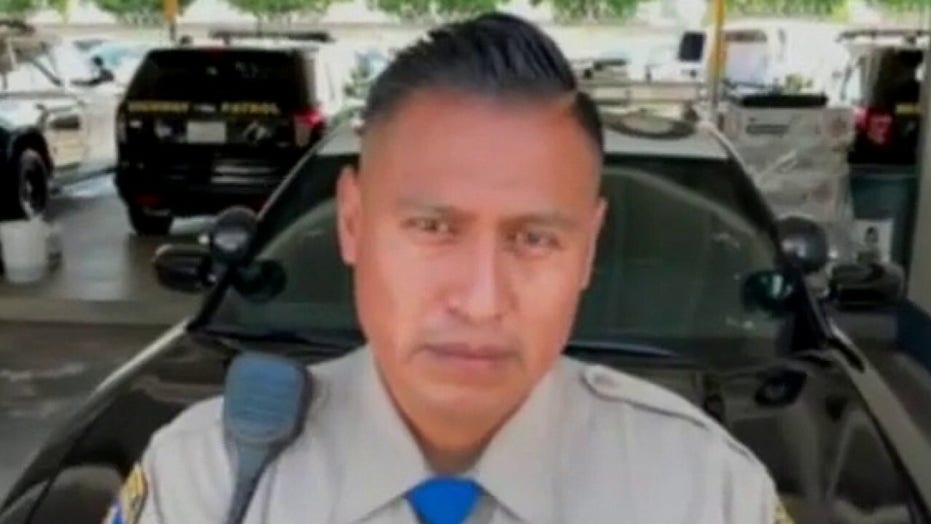 California Highway Patrol officer Florentino Olivera provides updates on the search for the suspect who shot and killed the 6-year-old boy.

A cumulative $300,000 in reward money is now being offered for information leading to the arrest of the shooter who killed a 6-year-old boy on a California freeway last Friday.

A spokesperson for Orange County Board Supervisor Lisa Bartlett told Fox News that the board has approved spending $100,000 as a reward.

That amount is on top of $50,000 being offered by the boy’s family, an anonymous $50,000 donation, an additional $50,000 by a group of Orange County businessmen, and another unidentified source of funds, bringing the total to around $300,000, according to local reports.

Aiden Leos, 6, was fatally shot Friday in a road-rage attack on the 55 freeway in Orange, California.  Leos’ mother, Joanna Cloonan, told KNSD-TV she was driving her son to school when a white Volkswagen cut her off. 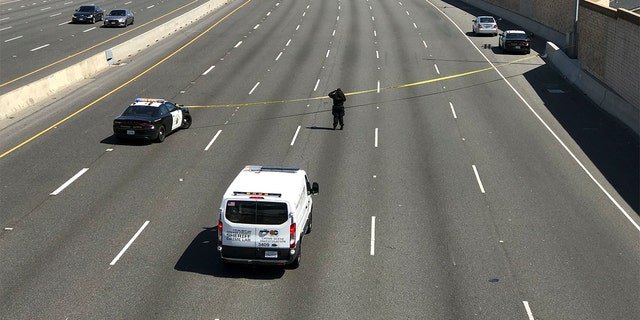 A crime scene investigator photographs the scene while the California Highway Patrol secures the northbound lanes of the 55 Freeway near Chapman Avenue were a 6-year-old boy was fatally shot during apparent road rage incident Friday, May 21, 2021 in Orange, CA.
(Getty Images)

“As I was merging away from the carpool lane, I heard a loud noise and I heard my son say ‘ow’ and I pulled the car over as soon as possible, and he had been shot,” Cloonan said. She said the bullet went through the trunk and struck her son, who was strapped into his booster seat in the rear passenger side.

“I tried to save him by calling 911, but he was losing a lot of blood… he just didn’t deserve that. No one deserves that.”

Leos’ family set up a GoFundMe page on Sunday after another crowdfunding page had been set up. That page has now raised more than $242,000.

The family told Los Angeles’ Fox 11 that a portion of the GoFundMe earnings would go towards reward money.

Meanwhile, the California Highway Patrol, which is investigating the case, has set up a tip line at 714-567-6000 or [email protected] for the public to use should they have any relevant information to share with authorities.