Russia and the US have held talks at a ‘critical moment’ as the possibility for war in Ukraine hangs over Europe.

Relations between East and West are at a new low over fears a huge troop build up on Ukraine’s border is a prelude to a full-scale invasion.

US secretary of state Anthony Blinken sat down with Russian foreign minister Sergey Lavrov in Geneva today for talks which have been framed as a last-ditch effort to avoid armed conflict.

The Kremlin pressed for a formal response to demands it has made on Nato expansion in former Soviet Union countries.

Russia wants the US to guarantee Ukraine will not join the military alliance, a move president Vladimir Putin has previously said he considers a ‘red line’.

Expectations were lowered ahead of the meeting, with the Americans saying they hoped to ‘test whether the path of diplomacy or dialogue remains open’ but didn’t expect a breakthrough.

Mr Lavrov struck an optimistic tone after the meeting and revealed the US had offered to provide written responses to Russia’s demands next week, raising hopes of further talks.

He reiterated the Kremlin line that there are no plans to attack Ukraine but said ‘Nato is now working against Russia’.

Mr Lavrov said he hoped ’emotions would cool down’ and that he was hopeful there would be further dialogue. 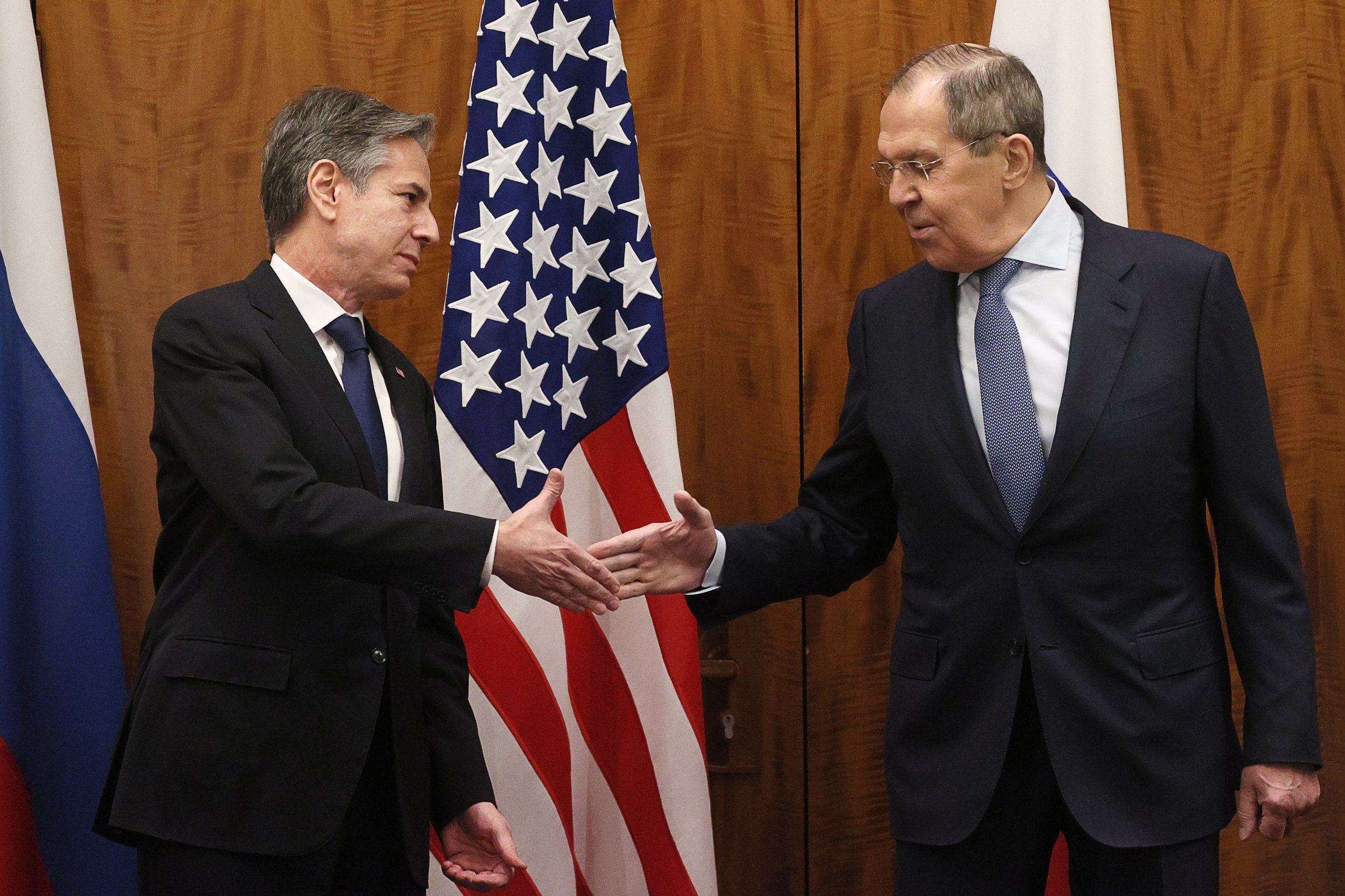 Moscow-backed forces have occupied parts of Ukraine since 2014 when the pro-Russian government in Kyiv was toppled amid popular demands for closer ties with Europe.

In recent months, around 100,000 troops have been mobilised on the border and huge quantities of military hardware have also been moved close to Ukraine.

The US and Europe have sought to provide a united front and promised severe economic sanctions if an invasion goes ahead, as well as providing military support to the Ukrainian army.

The UK has sent anti-tank missiles to Ukraine, along with military experts to train soldiers in how to operate them.

Washington has threatened Moscow with a ‘united, swift and severe response’ which would see it cut off financially and diplomatically from the West.

Foreign secretary Liz Truss, who is in Australia for defence talks, said this morning: ‘If there is an incursion by Russia into Ukraine, it would come at a massive cost.

‘We are prepared to put very severe sanctions in place, we are also working to support Ukraine in terms of defensive capability, what I would say as well is that dealing with this immediate situation is of course an absolute priority.

‘But the free world also needs to work together to reduce economic dependence on Russia to put in place the agreements that help countries have alternatives in terms of trade and investment.

‘So in the future, it becomes harder for those aggressive regimes to use economic dependence as a way of getting what they want.’