Police in Russia have arrested the chief editor of an investigative news site and seized his laptop, phone, and passport.

Roman Dobrokhotov, chief editor of The Insider, the site that revealed the identities of the Salisbury poisoners, was detained and taken for interrogation following a police raid on Wednesday.

It is the latest move by authorities to put pressure on independent media before the country’s September parliamentary election and comes after the outlet was designated a ‘foreign agent’ on July 23.

The Insider reported the searches targeting Dobrokhotov were likely related to a slander case launched in April following a complaint by a Dutch blogger.

But the legal aid group said Dobrokhotov was a witness in a criminal case against ‘unidentified persons’ on the charges of slander, launched over a tweet from his account that contained ‘disinformation about the downed Boeing MH-17’. 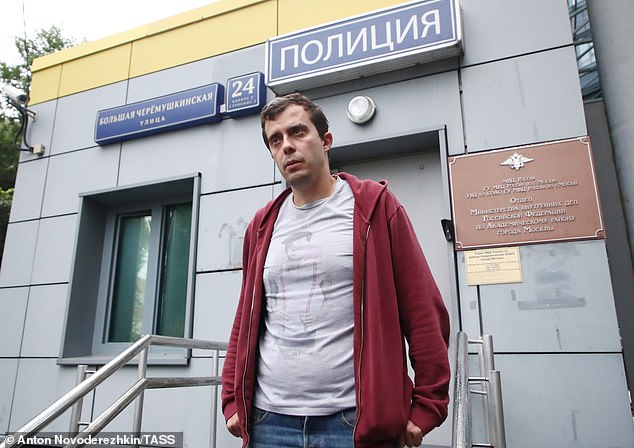 Police in Russia have raided the home of Roman Dobrokhotov, the chief editor of investigative news site The Insider, seizing his laptop, phone, and passport 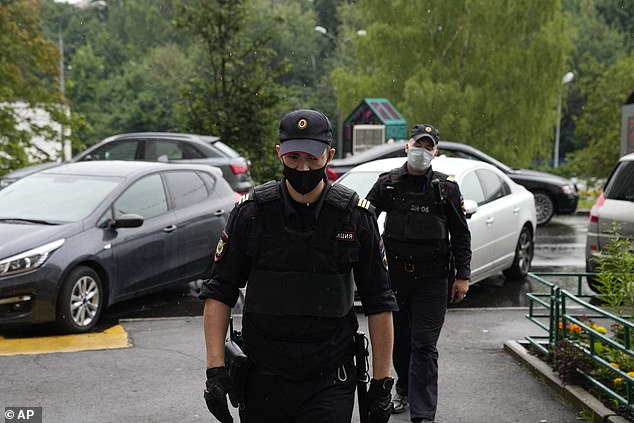 Press were alerted to the raid when Dobrokhotov tweeted that ‘police are knocking’ on his apartment door.

His wife reported the raid to the OVD-Info legal aid group before her phone became unavailable.

The group said police seized phones, laptops and tablets during the raid, as well as Dobrokhotov’s international passport.

Police also searched his parents’ apartment according to Baza Telegram channel which posted a video of men in civilian clothes allegedly explaining to his parents they wanted to search the flat as part of a criminal case.

Police have not provided an official statement on the case.

Sergei Yezhov, a journalist with The Insider, said Mr Dobrokhotov was supposed to travel outside of Russia on Wednesday.

Police also raided the home of Mr Dobrokhotov’s parents, The Insider said. After the searches, he was taken to a police precinct for questioning and then released.

He told reporters outside the station that The Insider will continue to operate despite the pressure from authorities.

‘It will become more difficult to work now. I don’t have cell phones, I can’t travel and meet my colleagues – many of our investigations are international,’ Mr Dobrokhotov said.

‘And, of course, it’s serious pressure. But it’s clear that The Insider will continue to exist. Investigations will be released even if I am arrested. If they hope to halt the work of the news site, they hope in vain.’

Russian opposition supporters, independent journalists and human rights activists have faced increased government pressure ahead of a September 19 vote widely seen as an important part of President Vladimir Putin’s efforts to cement his rule before the 2024 presidential election.

The 68-year-old Russian leader, who has been in power for more than two decades, pushed through constitutional changes last year that would potentially allow him to hold on to power until 2036. 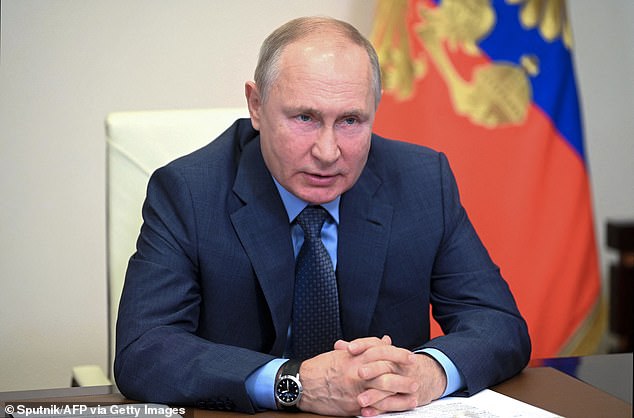 Russian president Vladimir Putin, 68, pushed through constitutional changes last year that would potentially allow him to hold on to power until 2036

In recent months, the government has designated several independent media outlets and journalists as ‘foreign agents’ – a label that implies additional government scrutiny and carries strong pejorative connotations that could discredit the recipients.

The targeted outlets include VTimes and Meduza.

VTimes subsequently shut down, citing the loss of advertisers, and Meduza launched a crowd-funding campaign after encountering the same problem.

The Insider was the latest addition to the list.

The Russian Justice Ministry acted under a law used to designate as foreign agents non-governmental organisations, media outlets and individuals who receive foreign funding and engage in activities loosely described as political.

Another law is used to outlaw groups deemed ‘undesirable’ and makes membership in them a criminal offence.

It has been used to ban 41 outfits, including opposition groups, foreign NGOs and most recently the publisher of Proekt, an online investigative media outlet.

According to The Insider, the searches targeting Dobrokhotov were likely related to a slander case launched in April following a complaint by a Dutch blogger.

The Insider accused Max van der Werff of working with Russian intelligence and military services to spread false information challenging the findings of the official investigation into the downing of Malaysia Airlines Flight 17 over eastern Ukraine, which killed all 298 people on board.

The legal aid group said Dobrokhotov was a witness in a criminal case against ‘unidentified persons’ on the charges of slander, launched over a tweet from his account that contained ‘disinformation about the downed Boeing MH-17’.

The move came a month after a court in Moscow outlawed Navalny’s political infrastructure – his Foundation for Fighting Corruption and a network of regional offices – as extremist in a ruling that prevents people associated with the groups from seeking public office and exposes them to lengthy prison terms. 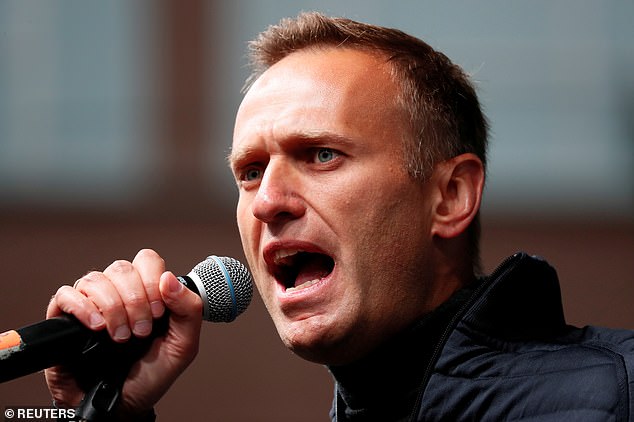 home, Jo, of, police, raid, Russian
You may also like: