A primary school has warned parents they could be fined £5 for every half an hour they are late picking their children up.

The message has been sent to families with youngsters at Woodbank Primary School in Bury, which has also reminded parents not to take children on holiday in term time.

But the warning has caused outrage as potential strike action from teachers looms.

One father, whose daughter attends the school, told the Manchester Evening News: ‘I’ll be sending a fine to the school for disrupting my child’s education during the strike days.’ 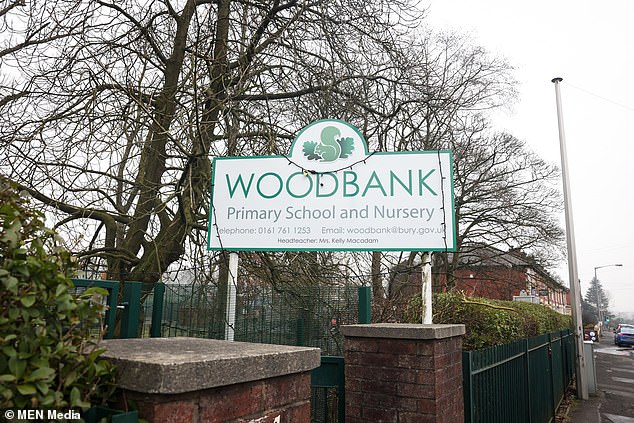 The headteacher said: ‘It is very important that parents and carers pick up their children on time at the end of the school day’

He said: ‘We got a message from school advising us of a £5 charge if you’re late collecting your child from school.

‘We also get told that the parents of kids going on holiday out of summer holidays will receive a fine.

‘Now we’ve had a message telling us that the teachers could be going on strike on four different occasions so school will be closed – again disrupting the education.

‘We get fined for being late or going on holiday because it disrupts education, but it’s OK for them to go on strike when it suits.’

The newsletter sent to parents earlier this month states: ‘Please pick up your child promptly at the end of the day. If you do not you could incur a charge of £5 per half an hour.’ 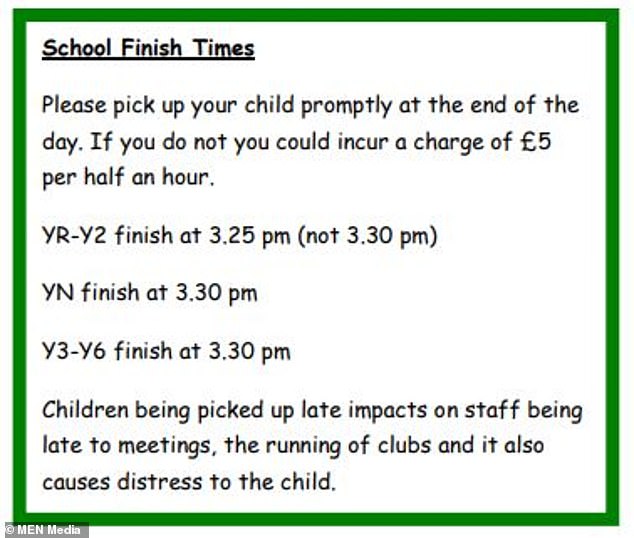 After stating the finish times, it adds: ‘Children being picked up late impacts on staff being late to meetings, the running of clubs and it also causes distress to the child.’

The letter about strike action was sent last week, confirming that if it goes ahead as planned by the teaching union NEU, the school will be closed to all-but two classes on four days – February 1, February 28 and March 15 and 16.

‘I am getting in touch to give you as much notice as possible that learning will be disrupted on the above dates,’ the letter from headteacher Kelly Macadam said.

‘We recommend that you start to make alternative childcare arrangements for these dates. I am sorry about the potential disruption to you and to your child’s education.

‘I understand that this situation may be frustrating, and ask that all members of our school community continue to treat each other with respect.

‘Woodbank remains committed to providing a safe and secure environment for our pupils and delivering high-quality teaching.

‘We are working closely with our staff union representatives to keep up to date with the situation, and I will inform you of the final arrangements as soon as possible.’ 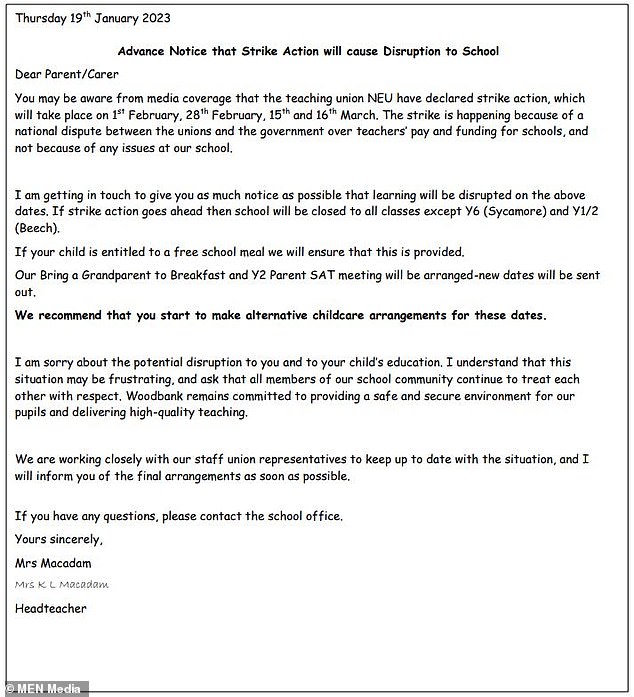 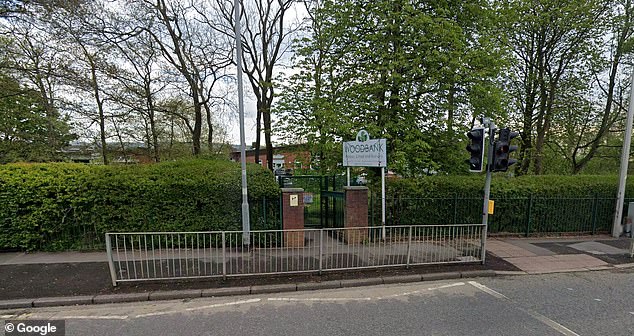 A letter about strike action was sent last week, confirming that if it goes ahead as planned by the teaching union NEU, the school will be closed to all-but two classes on four days

Responding to the parent’s concerns, Mrs Macadam told the Manchester Evening News: ‘It is very important that parents and carers pick up their children on time at the end of the school day.

‘Children not collected on time often get upset and distressed if they do not know where their parent is. Also, staff members have to attend meetings, lead extra-curricular clubs or have work to complete, and sometimes have to leave school on time for their own child care arrangements.

‘We always make allowances for exceptional circumstances such as an emergency or being stuck in traffic, and we provide a ‘before and after school’ club which parents can use if they are going to be late.

‘We would only consider charging parents who are persistently and repeatedly late. To date, no parent has been charged.’

She added: ‘If any parent has any concerns about school policy, I would urge them to contact me directly.

‘To answer your question about strike action: this is a national issue and out of the school’s control. At this moment, I am unsure which days the school will be affected, although I will keep parents informed as the details become clear.’