Two of Australia’s top mental health advocates and researchers have described Scientology’s anti-psychiatry campaigning as dangerous and harmful to the community and said the church should be stripped of its tax-free status.

Professor Patrick McGorry, a former Australian of the Year, and Professor Ian Hickie, a co-director of the University of Sydney’s Brain and Mind centre, both say they have been harassed over many years by Scientologists and Scientology-linked front groups at conferences in Australia and overseas. 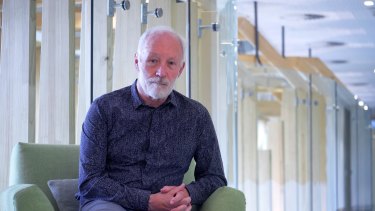 A key tenet of the Church of Scientology, which was founded in the 1950s by former science fiction writer L. Ron Hubbard, is its hostility towards psychiatry. The church is strongly opposed to medication for mental health treatments and has campaigned against it for decades, including harassing people who support scientific-based mental health approaches.

“This is social harm,” Professor Hickie said. “Over generations psychiatry has been the target of untruths … this has been a major problem, particularly in the child and youth areas of tackling childhood things like attention deficit disorder, neurodevelopmental disorders.”

Under the 2013 Charities Act religions enjoy tax-free status because they are presumed to be for the public benefit, but if there is evidence they do harm, those benefits need to be weighed against the possible detriment.

Scientology objected to that requirement during consultation over the act and in a 2011 public submission said it could allow “intolerable religious discrimination and bigotry”.

Labor and the Greens have supported calls for an investigation by the charities regulator and depending on that result a parliamentary inquiry into Scientology’s tax-free status.

Professor Hickie said anyone who has been prominently involved in psychiatry has been subject to harassment and personal attacks by Scientologists and related groups which include the Citizens Commission on Human Rights.

Professor McGorry said Scientology’s methods and approach contributed to negative attitudes towards treatment for psychiatric conditions. He said he had been the target of “defamatory” pamphlets that accused him of drugging children, “despite my long term efforts to build holistic models of care which are on the public record”.

“In my personal opinion it should be withdrawn,” Professor McGorry said of Scientology’s tax free status. “I simply cannot see how Scientology can be regarded as a religion.”

A Church of Scientology Australia spokeswoman, Vicki Dunstan, said in a statement it was “proud” of its “human rights advocacy work” including that of the Citizens Commission on Human Rights. She accused The Sunday Age and The Sun-Herald of spreading “false propaganda” and “a false narrative” about its charitable and tax exempt status and said all its funds were used to “further our religious and humanitarian mission”.

“You are once again flat-out wrong in every aspect of your inquiry,” she wrote.

The call to revoke Scientology’s charitable status comes after The Age and The Sydney Morning Herald revealed the church had shifted tens of millions of dollars into Australia from offshore and had made $65.4 million in tax-free net profits in Australia since 2013. That was despite having fewer than 1700 adherents in Australia, down by one-third in a decade.

Professor McGorry, the executive director of youth mental health research centre, Orygen, said Scientology’s interventions came as an anti-psychiatry perspective was still influential in Australia and had “been given a fair bit of momentum by the serious underfunding of mental health care by governments”.

He said a number of people had often received poor treatment that could be harmful and coercive from psychiatrists, which had produced a “cohort of activist consumers”. 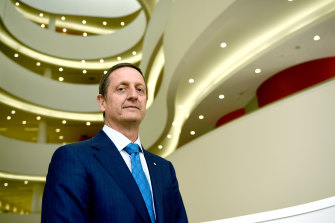 “The mental health system has shrunk, collapsed and work practices inevitably became highly degraded. These experiences produced a cohort of activist consumers, and they admirably campaigned for a better system,” he said.

“However, some of these people ultimately failed to see that the (poor and underfunded) conditions themselves were the reason for the harm and neglect, and they blamed the clinicians and doctors who themselves have been victims of the neglect as well.”

Professor McGorry said clinicians had been exposed to “moral injury” through having to turn people away in severe distress and to struggle to care for “acutely ill people in extreme states of mind and behaviour.”

He said a balanced view was “urgently needed” and that, while it was on the fringes, Scientology’s activism had been unhelpful.

From 2019 Victoria held a royal commission into its mental health system and last month the government said it would fund a significant boost in mental health spending through a levy on big business.

Professor Hickie alleged some independent voices in mental health debates appear to “share in common, the language and the focus of the Church of Scientology” without disclosing links. Professor McGorry made similar claims.

Professor Hickie said Scientology was a “fringe group” in Australia, but was powerful in the United States. While academic or informed debates about approaches to treatment and the history of psychiatry were important, that needed to be distinguished from front groups for Scientology that put out a “series of untruths worldwide”.

“Psychiatric mistreatment continues to this day and Australia, unfortunately, has an appalling legacy of abusive mental health practices,” she said.

Ms Dunstan said a prominent psychiatrist had played an important role in a 1960s government inquiry into Scientology in Victoria which resulted in it being banned.

“Indeed, it is absurd that you ask the church about harassing psychiatrists when it is a well-known historical fact that harassment is exactly what the church in Australia suffered at the hands of psychiatrists.”

At a recent Senate estimates hearing, the Australian Charities and Not-for-profits commissioner, Dr Gary Johns, was questioned about whether Scientology should be entitled to its tax free status.

Greens Senator Nick McKim asked whether Dr Johns was aware of Scientology’s Fair Game policy of aggressively targeting critics and of using private investigators to follow former adherents and others.

Dr Johns said he was not aware of Fair Game and said, in response to other questions, that he could not comment if the regulator was investigating Scientology “because of (legal) secrecy provisions for investigations or compliance matters.”

In much of the world, Scientology is not afforded tax-free status or classed as a religion but in Australia it has generous regulatory protections after a landmark High Court decision in 1983.

Do you know more? Send a confidential message to [email protected]