A THUG stole a double-decker bus and caused more than £200k worth of damage as he went on a three-mile joy-ride before crashing it.

The thief nicked the bus after seeing the keys had been left in the engine as the driver stopped to carry out checks, it is believed. 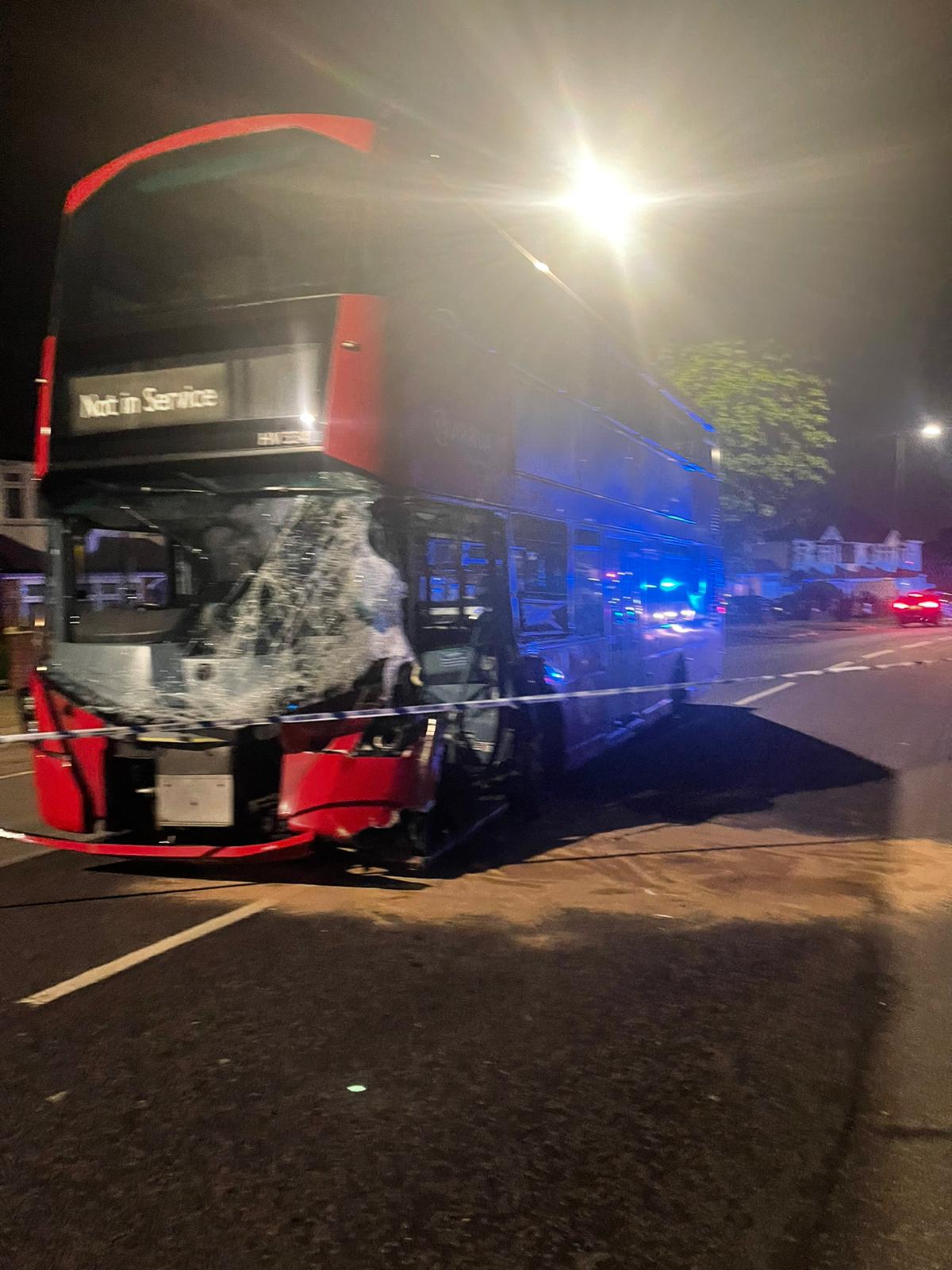 He raced around north London and crashed into at least four parked cars and reversed into the wall of a church before being arrested by cops, The Sun can reveal.

A source told The Sun: “He was a maniac, he came in asking if he could drive a bus, and we all told him he couldn’t.

“But then he saw the chance to jump on one of the buses that had just come in, and he locked the driver out.

“He didn’t look like he knew what he was doing because he went straight into the church wall.

I got naked for Gazza, it was the best experience of my life, says stripper

“He wasn’t armed, he just wanted to drive a bus.

“He must have caused at least £200k worth of damage, he hit loads of cars, he must have been drunk.”

Just after midnight today the man went into the Tottenham Bus Garage in north London and asked staff if he could drive one of the buses.

He was a maniac, he came in asking if he could drive a bus, and we all told him he couldn’t

After being told he couldn’t, he then was spotted wandering around the garage, and one driver said he ran onto a bus that had the keys in the ignition and had just arrived back at the station.

He then locked the doors, and foolishly reversed it into the wall outside of Holy Trinity Church.

According to witnesses he then sped around London, ploughing into parked cars, before eventually being stopped by police over three miles away in Palmers Green.

Dramatic photos and video show the aftermath of the crash, as the double-decker bus had a smashed window screen and the passenger door was damaged.

Police confirmed a man had been arrested and was currently in custody.

A Met Police spokesperson said: “At around 01:20hrs on Monday, 9 May, a bus collided with a number of a parked vehicles in Bowes Road, N11.

“Several vehicles were damaged; we are not aware of any injury.

“The bus had been reported stolen a short time earlier.

‘Cancer-stricken’ Putin watches military parade with BLANKET over his legs

Major schools shake-up to be announced TOMORROW in Queen's Speech

“A man was arrested near to the scene in connection with the incident. He has been taken into custody.

“The road has now been reopened.” 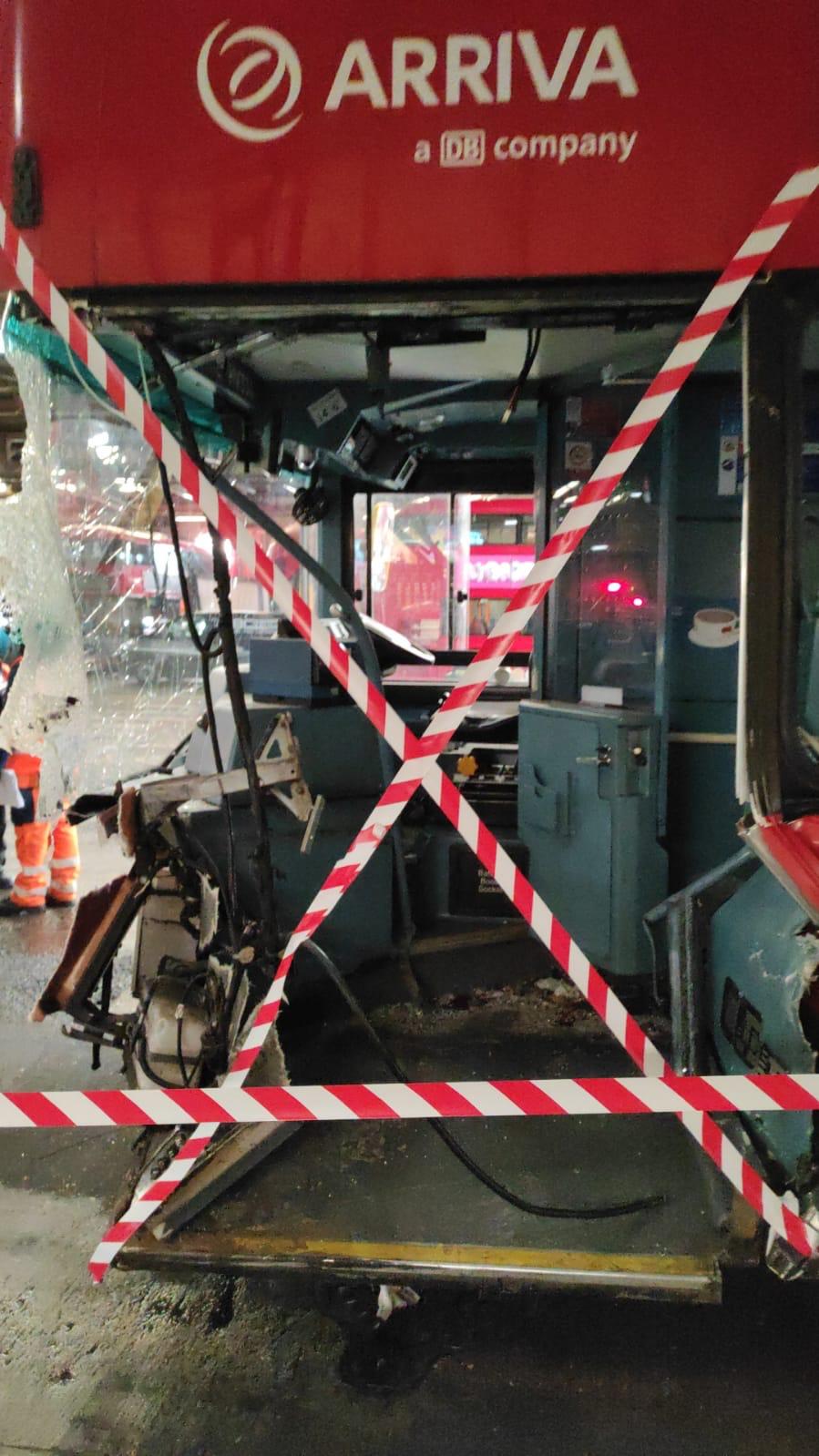 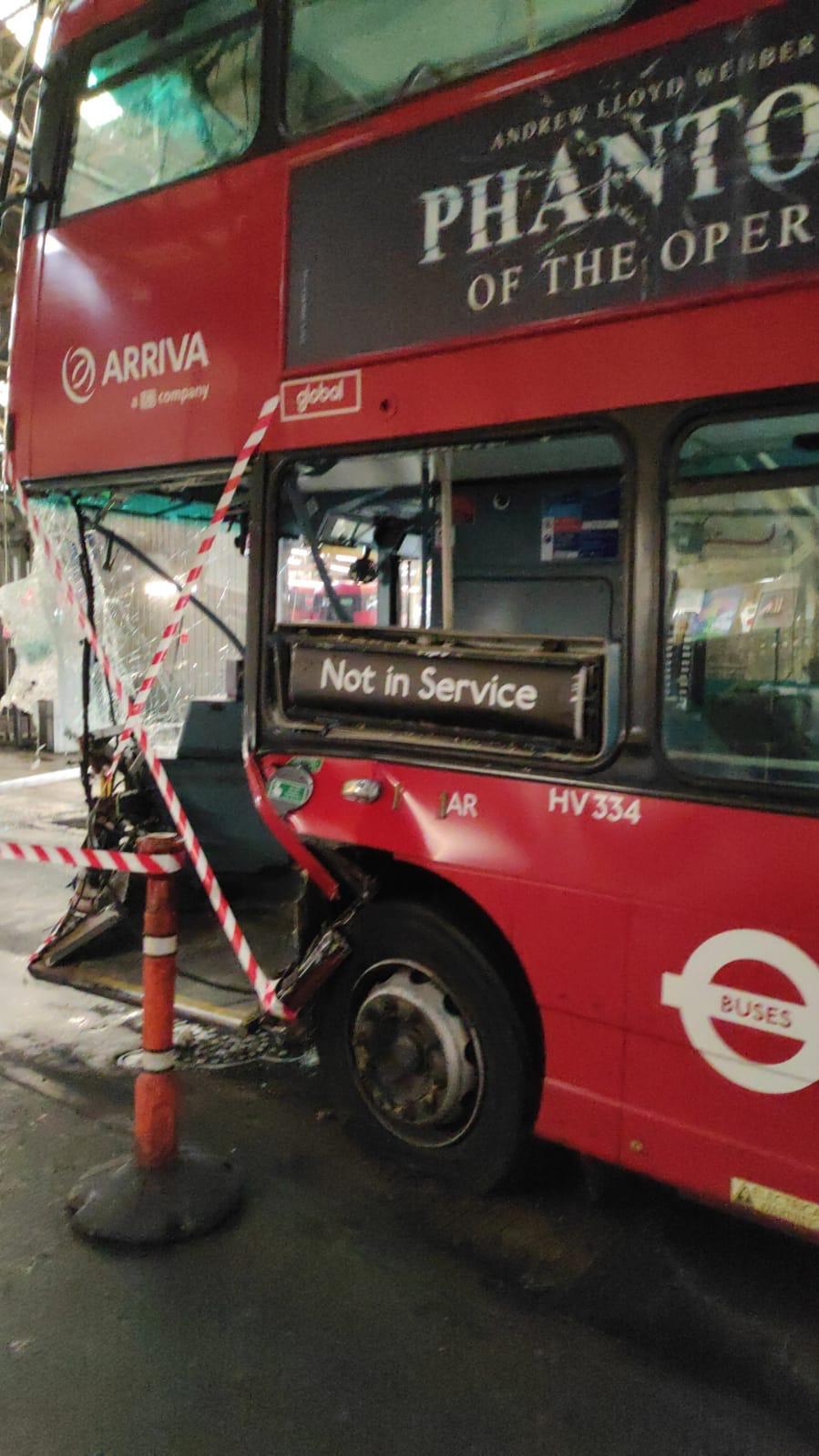