Christina Hall's Mother's Day was a "scary" one when her son Brayden needed emergency surgery.

The star of HGTV's Christina on the Coast shared the health update for the 6-year-old son she shares with ex-husband and former Flip or Flop co-star Tarek El Moussa.

"Scary 12 hours for us parents + step parents," she wrote. "After being admitted to the ER, Brayden had to have an emergency appendectomy as well as removal of Meckel's diverticulum early this morning."

Meckel's diverticulum is a small pouch in the wall of the intestine near where the small and large intestines meet, according to Stanford Children's Hospital. The pouch is a remnant of tissue from the prenatal development of the digestive system. However, if symptoms occur, such as bleeding, surgery may be needed to remove it. Meckel's diverticulum is the most common birth defect of the digestive system.

"Nothing like seeing your child in excruciating pain," wrote the mom of three. "Luckily the surgery went well and he is recovering and in good spirits. The entire staff at Mission Hospital was amazing and we are all grateful it was caught early. Blessed to have 3 healthy + happy kids, caring family and friends and a husband who stands by my side," referring to new husband Josh Hall.

El Moussa, who also shares 11-year-old daughter Taylor with Christina, posted a similar photo of the boy in his hospital bed, saying it had been an "interesting 24 hours."

He said their son was "extremely sick" so "Christina took him to the emergency room. It turns out it was the right call because he had to have his appendix removed and also we found out he has … Meckel's diverticulum. Both issues were surgically removed and he’s recovering overnight with his mom." 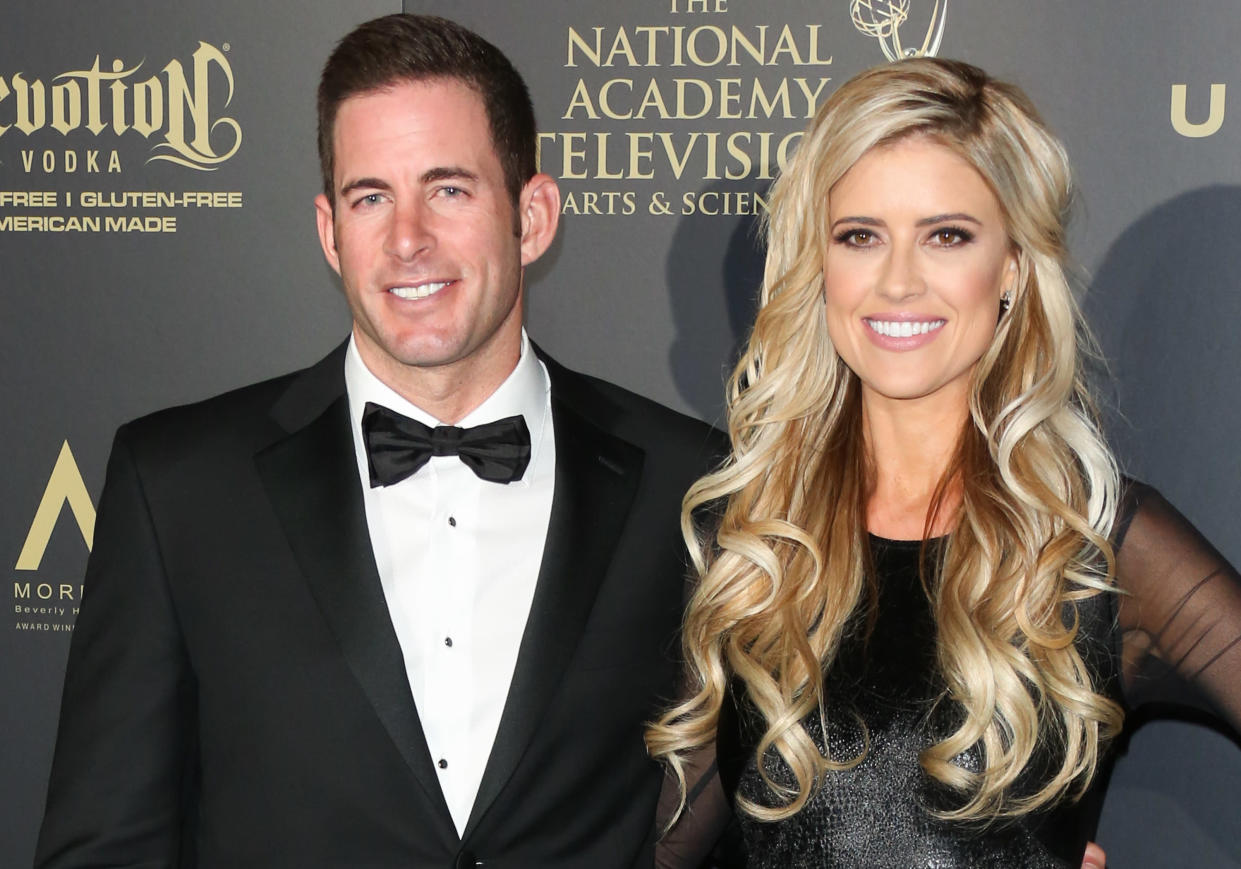 The Flipping 101 star, who is remarried to Selling Sunset's Heather Rae Young, called it a "very scary day, but we all [banded] together as a family to get through it."

The current spouses of the former Flip or Flop stars, who filed for divorce in 2017 but continued to work together until earlier this year, also shared posts about the family emergency that brought them together.

Young shared a photo of El Moussa playing a game with his son and talked about uniting as a blended family.

Josh's post was a tribute to how Christina, who he secretly married earlier this year after less than a year of dating, handled the situation.

"Life throws curveballs at us all and it’s how you handle it, that will define who you are as a person and in this case, a mother," he wrote. "I spend a lot of my sharing speaking about how amazing I think Christina is and today was just the cherry on top… One of the kids was in some discomfort last night. Christina was tending care all night doing all she could to make them feel better and after no improvement, she made the decision to go to the hospital. And her motherly instinct was spot on and after an emergency procedure, I'm happy to say, recovery is now in process."

He said the future star of Christina in the Country "never slowed, showed any sign of weakness and remained focused the whole time. She is currently without sleep for the last 33+ hours. She will rest again soon, but not until her job as a mom is complete. So we will always remember this Mother's Day and I will always remember why God made Christina a mother, because she was made for it."

Christina's parenting has been called into question by her second husband, Ant Anstead, whom she was married to between El Moussa and Josh.

Last month, the Celebrity IOU Joyride host made an emergency bid for full custody of the couple's 2-year-old son Hudson. He claimed he's the full-time caregiver of the boy with Christina spending an average of 7 full days per month with the child in 2022. Anstead also claimed Christina transferred custody of Hudson and didn't mention she had COVID, leading to his girlfriend, Renée Zellweger, bringing it to the set of her latest production.

Christina, who was with Anstead from 2017 to 2020, denied his claims, telling Yahoo in a statement: "What Ant is doing deeply saddens me. If this was really about Hudson, as he says, this should have been handled privately with a private judge or mediation, as myself and my attorney have suggested. I have had my share of ups and downs but I am a good mom and I love my children with all my heart and I will always protect them."

A judge denied Anstead's emergency bid, citing "insufficient showing of exigent circumstances" and said the "notice to other party" was "not adequate." A court date has been set for June 28.

Just ahead of Mother's Day and Brayden's health emergency, Christina posted on Instagram about being sucker punched left and right" lately, but credited her new husband — who's also in real estate— for helping her get through it.