A ROAD rage driver has been caught on camera repeatedly stopping dead on a motorway, forcing a recovery truck to emergency brake.

The cocky driver of the Audi convertible brakes repeatedly in front of the recovery truck, before making obscene gestures on the M53. 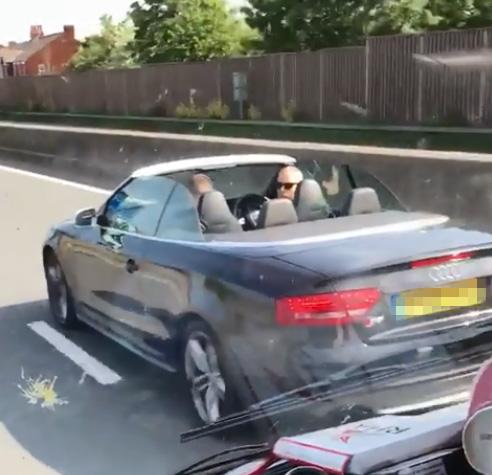 Footage filmed by a passenger in the recovery truck driven by Bill Houghton sees him finally lose patience and scream at the Audi driver: "I'll smash you to f****** bits."

The dispute, which took place on Saturday afternoon between junctions 8 and 10 in Cheshire, is thought to have been caused by the Audi driver becoming enraged at the slow speed of the recovery vehicle.

In the video, the Audi driver cuts in front of the recovery truck and gestures for him to pull over.

He then moves back in to the fast lane and which point an enraged Mr Houghton yells threats and calls the Audi driver a "b*****d". 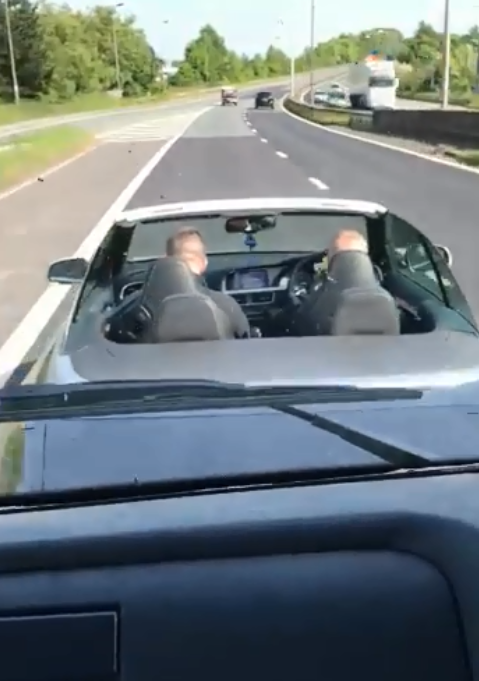 The Audi gets in front of the recovery truck and brakes sharply before accelerating away.

Incredibly, the Audi then stops completely in the left hand lane. The recovery truck can be heard screeching to a halt.

Marriane Houghton, who filmed the incident, yells at the motorist before he waves and zooms off into the distance.

She said: “We overtook a big truck but as we are speed restricted it takes a little time to complete. 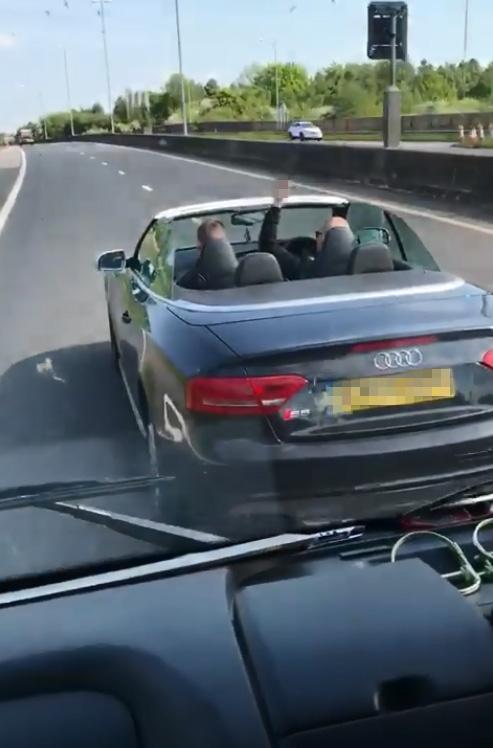 “The Audi driver was speeding down the outside lane so came up on us fast, flashing his lights and gesturing. We pulled in and he cut straight in front of us and slowed down. We tried to move lanes but he moved too. That’s when I started to video.”

“There was an articulated truck behind us so if we had hit him or stalled when we had to stop, it would have mounted the flat bed and crushed our cab.

“Total disregard for anyone. This could have been so catastrophic. Idiots like him need taking off the road before someone is killed.”