Follow
Home » World News » 'Shouting distance': That's how close the Inflation Reduction Act would get US to its climate goals

'Shouting distance': That's how close the Inflation Reduction Act would get US to its climate goals

Fires, heat waves, floods – the reality of climate change is front and center for millions of Americans. Yet among the downbeat of climate-related disasters, some hopeful news rang out last week with Democrats’ surprise announcement of a bill designed to help the country meet its goals of curbing greenhouse gas emissions enough to help the planet avoid the worst projections of global warming.

To do that, the world needs to keep global temperatures from rising no more than 1.5 degrees Celsius, or about 2.7 degrees Fahrenheit, from 2005 averages. And the U.S. needs to curb its emissions by about half before the end of the decade.

How close would the far-ranging provisions in the $485 billion Inflation Reduction Act bring the U.S. to meeting its goal?

“Within shouting distance,” said Anand Gopal, executive director of strategy and policy at Energy Innovation, a climate policy research firm. “It’s about two-thirds of the way there.”

The climate bill gets the US close

The United States’ goal for reducing the greenhouse gas emissions that cause climate change is a 50% to 52% reduction from 2005 levels by 2030.

If the Democrats’ bill passes, it would reduce emissions by between 31% and 44% from 2005 levels, according to various estimates. The estimates depend in large part on how much U.S. emissions increase in the next eight years, which in turn depend on future fossil fuel prices, economic growth and technology costs.

It would reduce cumulative U.S. greenhouse gas emissions by about 6.3 billion tons through 2032, according to an analysis by Princeton University’s Zero-carbon Energy Systems Research and Optimization Laboratory.

“While more action across other levels of government will be required to cut emissions by 50-52% below 2005 levels, the Senate package represents an important and historic step forward,” the Rhodium Group, an environmental and energy think tank, wrote in its analysis. 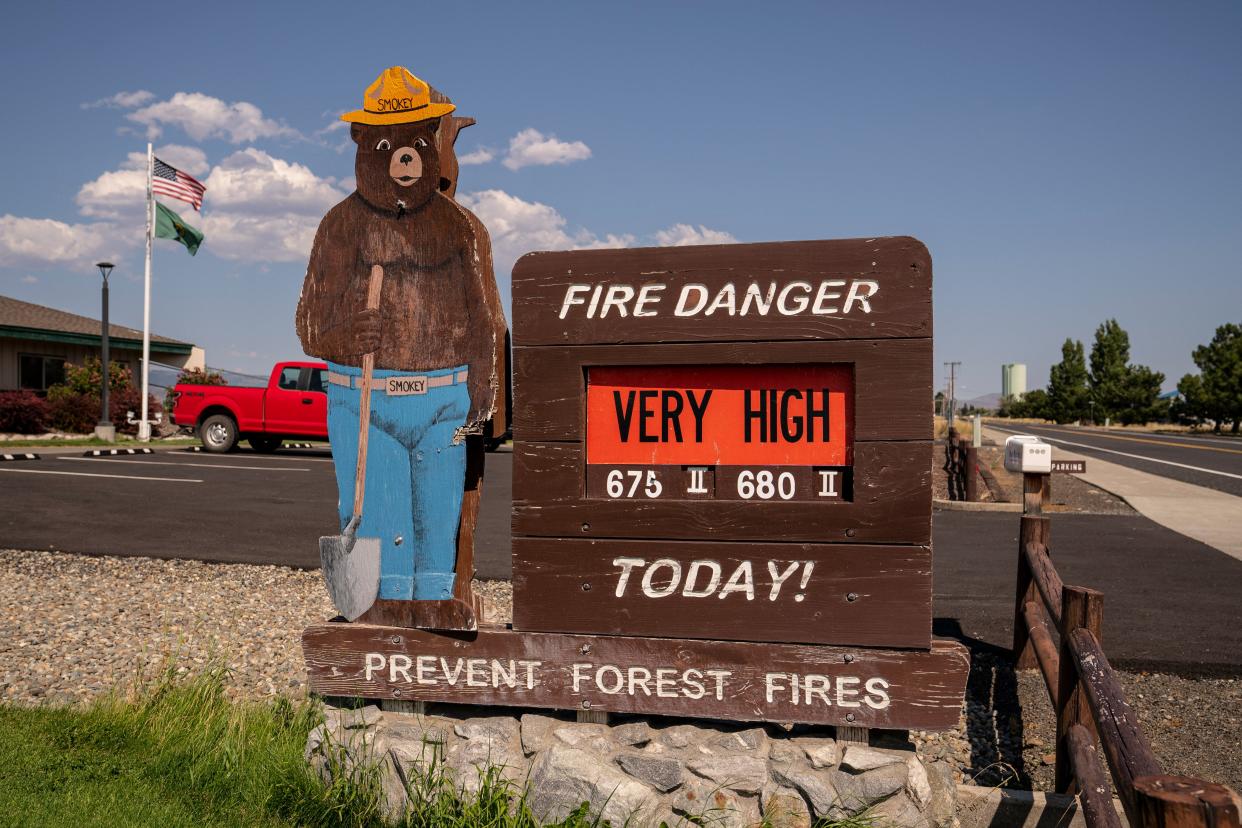 Even if the U.S. makes no changes to its current greenhouse gas emissions, models predict emissions would fall 24% below 2005 levels within the next eight years.

That’s partly due to already-scheduled retirements of coal-fired power plants, the rapid fall in prices for wind and solar energy and the increasing adoption of electric vehicles by American drivers.

It would require President Joe Biden and states to make use of executive actions and stronger regulations. “But it’s now doable,” said Gopal.

There’s also a flywheel effect, with small gains building on each other over time to create a self-sustaining momentum. Just as government investment in oil and gas allowed for the fossil fuel boomsof the 20th century, and investment in wind and solar made possible the rapid drop in price in the past two decades, the millions for investment and research in the climate bill could launch the U.S. into a new, cleaner and wealthier era.

It could create at least 1.5 million new jobs in manufacturing, construction and service industries and increase Gross National Product by between 0.84 and 0.88% by 2030, according to Energy Innovation’s analysis.

“The innovation, the investment, the jobs, the growth this unlocks can enable us to move faster than we would otherwise project,” said Manish Bapna, president of the Natural Resources Defense Council, an environmental advocacy nonprofit.

What about the oil and gas leases?

A provision in the IRA requires that three canceled oil and gas lease sales in the Gulf of Mexico and Alaska’s Cook Inlet be reinstated. In addition, permits for solar and wind projects on federal lands and water would be allowed only if lease sales for oil and gas drilling were also held.

While this compromisesweetened the deal for oil and gas producing states — while angering many environmentalists — it still wouldn’t significantly impact the positive climate effects of the act, according to Energy Innovation’s analysis.

For every additional ton of greenhouse gas emissions caused by the oil and gas leases, at least 24 tons of emissions would be avoided by the act’s other provisions, they estimate.

Does it matter if only the US acts?

Part of the push to get the United States to meet its climate action goals is that many countries have been dragging their feet, waiting to see what the U.S. does. Their thinking has been that if the U.S. — historically, the biggest emitter of greenhouse gases — doesn’t act, there’s no point in them doing so.

“If this passes, it will resuscitate energy around global climate action,” said Bapna. “It enables the U.S. to go to China, to go to the European Union, and say ‘We’re doing our share, we think it’s important that you do yours,'” he said.

Why is this so important?

Last month United Nations Secretary-General António Guterres said the world was on course for “collective suicide” if it doesn’t deal with climate change now and lower emissions so global temperature doesn’t rise above the scientists’ benchmark.

“The battle to keep the 1.5-degree Celsius goal alive will be won or lost this decade,” he said.

The current path of carbon dioxide emissions could increase global temperature by as much as 4.4°C by the end of the century, the UN notes: “The more the world warms, the greater the changes in the climate system become. This includes more frequent and intense hot extremes, marine heatwaves, heavy precipitation, agricultural and ecological droughts in some regions, the proportion of intense tropical cyclones, and reductions in Arctic sea ice, snow cover and permafrost.”