Skier in NY rescued after dangling from chairlift at resort, video shows 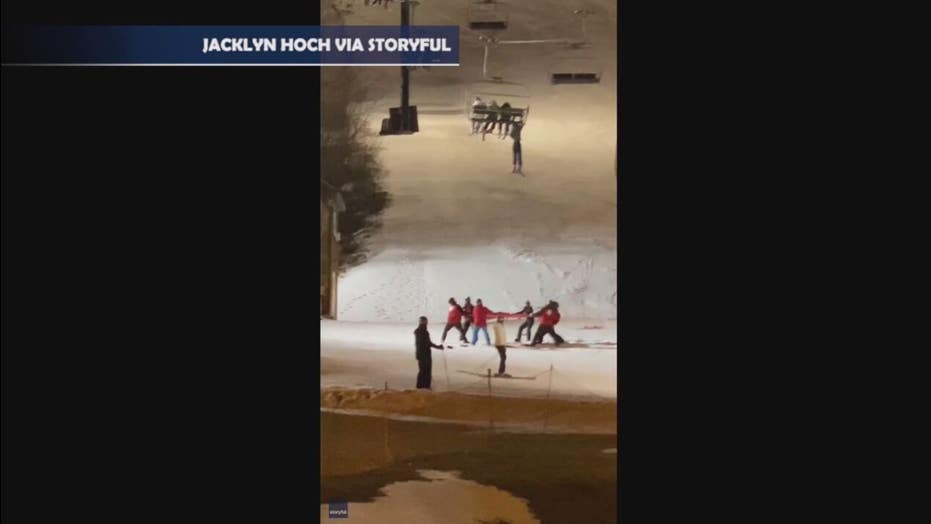 A skier was caught by rescuers after slipping off a chairlift and dangling by her jacket at Bristol Mountain Ski Resort in Canandaigua, New York, on January 3.

A skier dangling by her jacket from a chairlift was saved in a dramatic rescue at an upstate New York ski resort, hair-raising new video shows.

"I was about to get in line for the chairlift when I saw the person dangling," Jacklyn Hoch, who recorded the terrifying scene, told Storyful.

Hoch said she believes the girl had been "hanging there for a little over two minutes" before ski patrol members got into position with an outstretched tarp below her.

The girl was seen letting go and falling into the trap to applause from fellow skiers.

It’s unclear how she fell out of the chairlift.

The resort said it plans to launch an investigation into the incident, Spectrum reported.

after, Dang, in, NY, rescued, skier
You may also like: