Follow
Home » World News » Skyscraper-sized asteroid to pass Earth this week. Here's how close it will actually get

Skyscraper-sized asteroid to pass Earth this week. Here's how close it will actually get 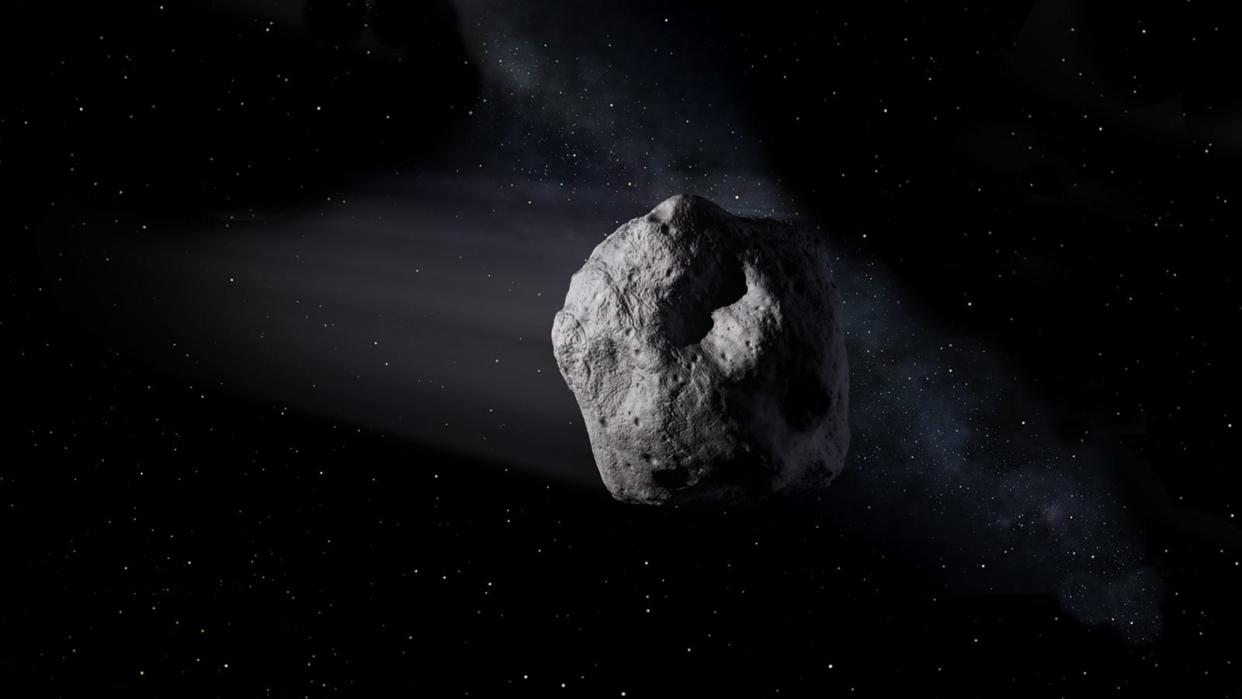 A "potentially hazardous" asteroid, almost the size of the world's tallest skyscraper, will pass Earth this week.

The actual distance between Earth and the asteroid is six times the Earth's distance from the moon, Forbes reports, which is very close by cosmic standards. The asteroid will approximately come within 1.43 million miles of Earth when it reaches its closest approach on Nov. 1.

Sunny joy: Photo from NASA satellite shows the sun was 'smiling' this week

Astronomers at the Panoramic Survey Telescope and Rapid Response System in Haleakala, Hawaii, discovered the 2022 RM4 on Sept. 12, according to Forbes. NASA’s Jet Propulsion Laboratory classes it as a near-Earth object, an Apollo-type object and a potentially hazardous asteroid.

Asteroids within this classification have orbits larger than Earth’s around the sun, and their paths cross Earth’s path. 2022 RM4 orbits the sun every 1,397 days, and its path occasionally crosses Earth’s orbital path around the sun.

The asteroid will get close enough and be large enough for astronomers to photograph it using telescopes.

Is an asteroid going to hit earth?

No. NASA has estimated the trajectories of all the near-Earth objects for the next 100 years and has determined that the planet faces no known danger from an apocalyptic asteroid collision.

What is considered a near-Earth object?

Near-Earth objects are comets and asteroids that are within 1.3 AU (120.9 million miles) of Earth, according to NASA. An asteroid is considered potentially hazardous if it comes within 4.65 million miles of Earth and is larger than 500 feet in diameter, NASA says.

This article originally appeared on USA TODAY: Massive asteroid to pass Earth this week. Here's how close it will get