It comes as the Centers for Disease Control and Prevention (CDC) this week announced that fully vaccinated people do not need to wear masks outdoors in crowds and in most indoor places. 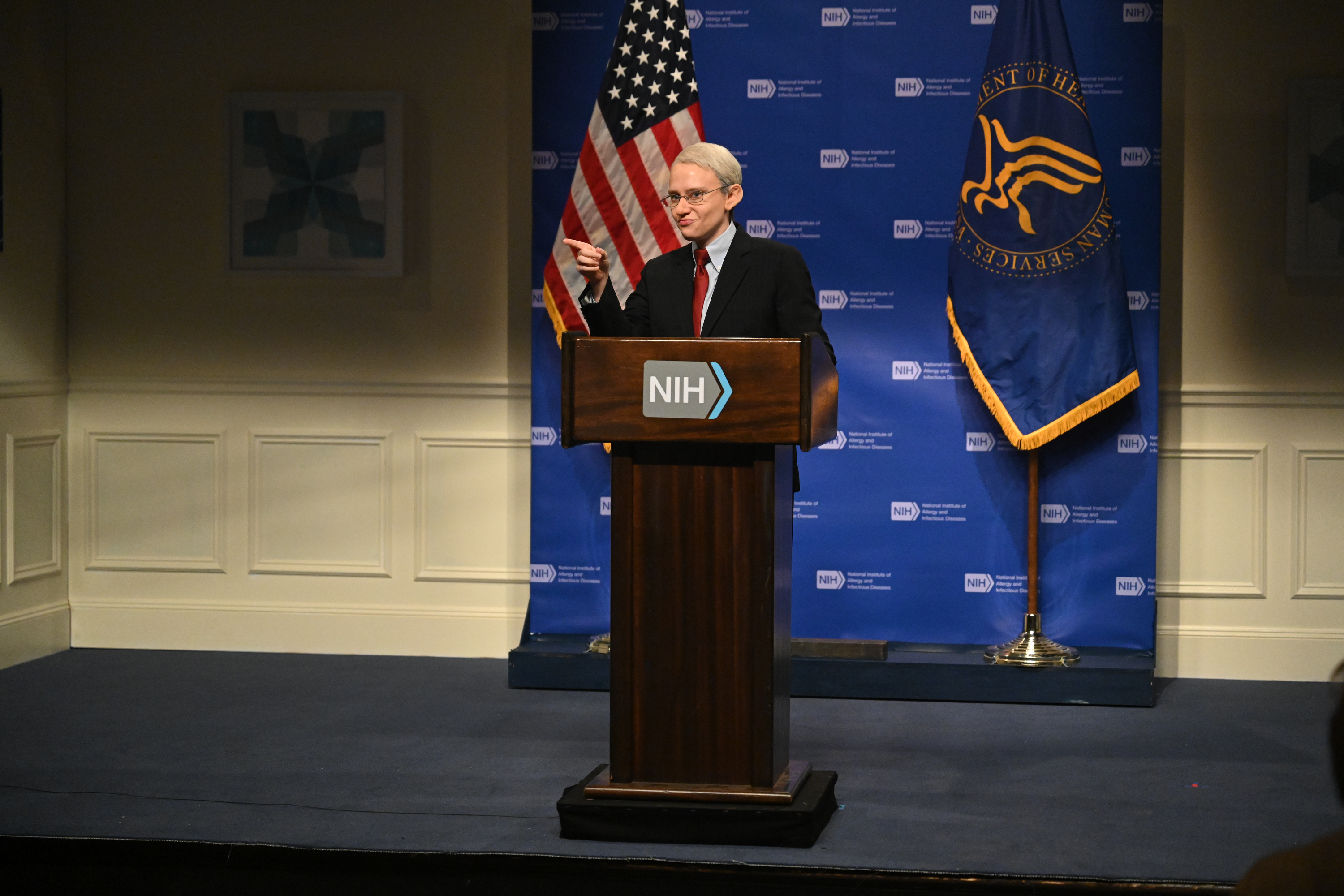 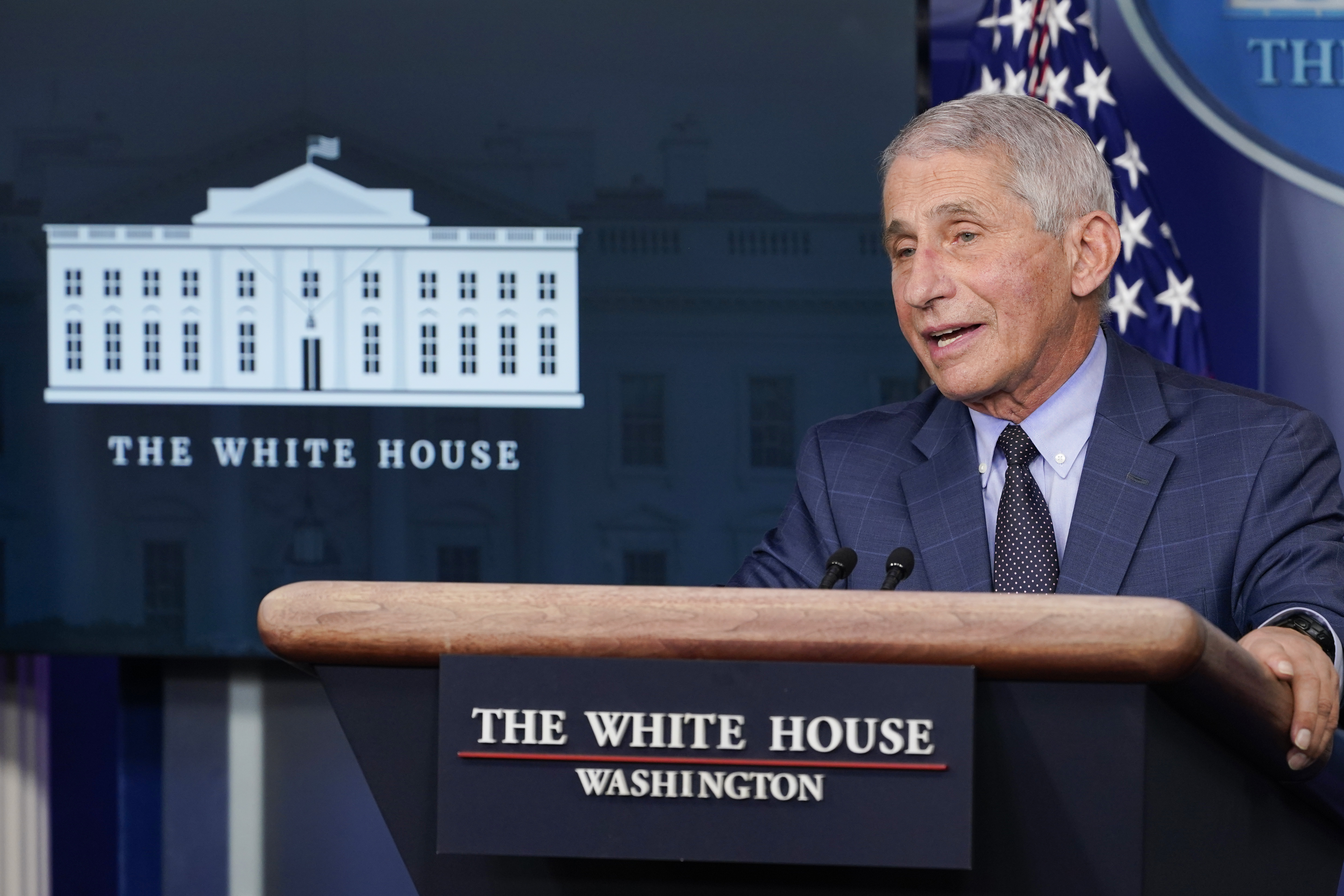 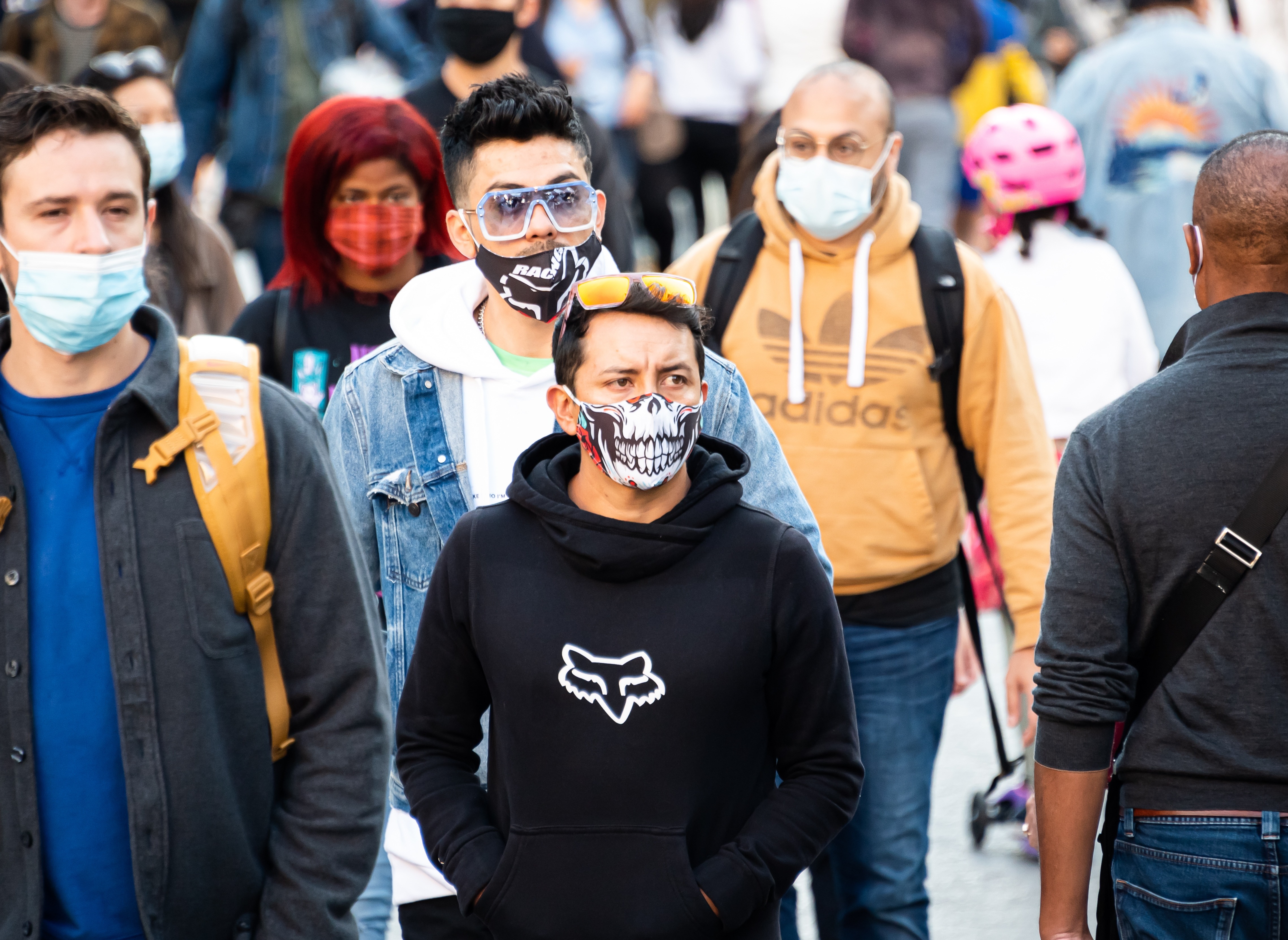 Cast member Kate McKinnon, who reprised her portrayal of Dr. Anthony Fauci, said at the beginning of the show: “It’s your boy Fauci, the patron saint of Purell.”

Purell is an American brand of hand sanitizer which has become prevalent during the pandemic.

Responding to the confusion, she said: “To clear things up, I found a few doctors at the CDC who minored in theatre to demonstrate correct mask behaviour.”

Aidy Bryant and Beck Bennett then acted out being inside a bar.

When Bryant asked if Bennett was jabbed, he said he was not, but that should be assumed because he was in a pub at 11am.

Alex Moffat and Cecily Strong appeared in another scene about two people at a large gathering.

Strong told Moffat there was no need for wearing a mask because they were "outside the Capitol building".

The pair then dart off, with Moffat donning a MAGA hat.

McKinnon’s Fauci noted: "That was a very specific example but accurate in terms of masks."

Keegan-Michael Key was this week’s host, while Olivia Rodrigo performed as the musical guest.

Other skits attempting to clarify the guidelines included a couple who realized they didn’t like the bottom part of each other’s faces once they took their masks off and a woman who thought she didn’t need to wear a mask in a store because she’s gay.

At the end of the sketch, several cast members danced together during the CDC’s maskless "vision for the future," agreeing, "when we come together as a society we can solve anything" – except seemingly the Israel-Palestinian conflict.

In conclusion, McKinnon’s Fauci urged everyone to get jabbed to "enjoy life with no masks. Except for [the ‘Saturday Night Live’] audience. You guys have to keep them on."

The episode was hosted by comedian Keegan-Michael Key with musical guest Olivia Rodrigo.