Strangers in their own country: The former prisoners Australia deports

They are not Australian citizens, but Virginia Murphy describes the people who come into her Christchurch office as “Aussies”.

“I call them Aussies because they are,” she says. “They’ve got their Aussie accents, and they’ve got the Aussie lingo, and they’re just true-blue Aussie.” 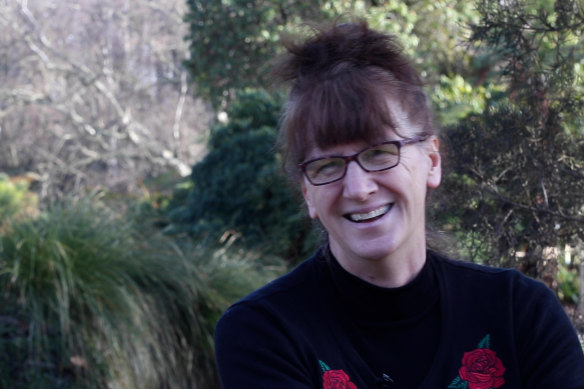 Since 2015, Australia has deported thousands of New Zealanders who once called this country home. Some had been here since they were children; others have Australian-born children they have been forced to leave behind.

Despite assurances from Prime Minister Anthony Albanese that Australia would apply “common sense” in its deportation of non-citizens who committed crimes here, The Age and The Sydney Morning Herald can reveal a 74-year-old man with advanced dementia, “Jerry”, was recently deported to New Zealand. He had lived in Australia since the early 1970s and was deported after committing property offences.

Under legislative changes introduced by the Abbott government in 2014, any non-citizen sentenced to 12 months or more in prison, or who has been found guilty of sexual offences involving a child, must have their visas cancelled under section 501 of the Migration Act.

The laws disproportionately affect New Zealanders – who in September comprised more than half of the people held in immigration detention awaiting deportation – and they have long been a source of contention between the two countries.

Murphy is a field officer at the Prisoner’s Aid and Reintegration Society of Canterbury, which helps people build their lives from scratch once they land in New Zealand. Some, who have come straight from prison, arrive in shorts, T-shirts and slides, carrying all they own in a plastic bag.

Recent clients include a 29-year-old man who last set foot in New Zealand when he was six and a man who had never lived in New Zealand but – because he grew up in the Cook Islands – held a New Zealand passport.

“You have big guys, and they’ve got tattoos, and they’ve been through the mill, and they’re sitting in our office, and they are crying; they are bawling,” Murphy says. “And it’s absolutely heart-wrenching.”

“Honestly, this is so disproportionate to the crime, you know – they’ve done their time, and then they should be able to get out and just get on with their lives, and hopefully their families or the supports are there. But they’ve been uprooted. They’re suddenly somewhere completely new. And you just think, ‘This is so unfair.’ ” 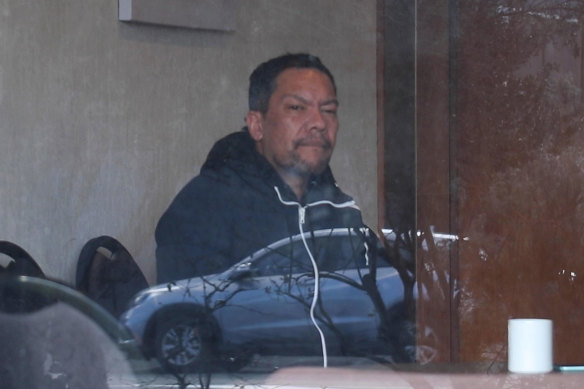 Leslie Lewis at his church in Christchurch. He was deported after serving six months for a range of petty crimes.Credit:Margaret Gordon

One client is Leslie Lewis, who was deported on character grounds after serving six months for a range of petty crimes including drug offences and riding a bicycle without a helmet.

“I never hurt anyone,” he says. “The only person I hurt was myself.”

After his release from prison, Lewis spent seven months in immigration detention before being flown to New Zealand, leaving his children behind in Australia.

“And at the end of the day, my children don’t speak to me because they think that I abandoned them, you know, and that’s not true. It’s just not the case. The situation that I was in, I just had no control over it.” 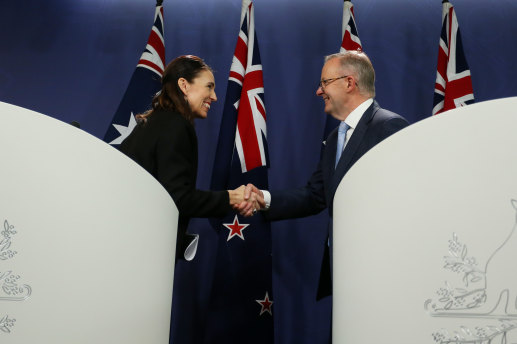 New Zealand Prime Minister Jacinda Ardern has been outspoken about Australia deporting people who have spent their formative years in Australia. In 2020, she chastised former prime minister Scott Morrison for “testing” the two countries’ relationship by deporting “your people and your problems”.

In July, Albanese committed Australia to a more “commonsense” approach.

“We will continue to deport people when appropriate. But we will have some common sense applied here – and where you have a circumstance where someone has lived their entire life, effectively, in Australia with no connection whatsoever to New Zealand, then common sense should apply,” he said.

A spokeswoman for Ardern said New Zealand welcomed that commitment but wanted more details on how it would be executed.

“We are confident that Prime Minister Albanese understands New Zealand’s desire to see greater fairness applied to Kiwis with long-term roots in Australia,” she said.

“As Prime Minister Ardern has said previously, we accept that Australia has the sovereign right to determine what level of offending by non-citizens is unacceptable. However, we do express concern at the deportation of people with little or no connection to New Zealand … We look forward to hearing more about the work Australia has under way to give effect to Prime Minister Albanese’s commitment.”