A STUDENT was hospitalised for a week after he got second degree burns when he stepped on scorching sand during a beach barbecue.

Ted Barton, 22, was on a day out to the beach to celebrate the end of exams, and they cooked up burgers and sausages on a disposable grill. 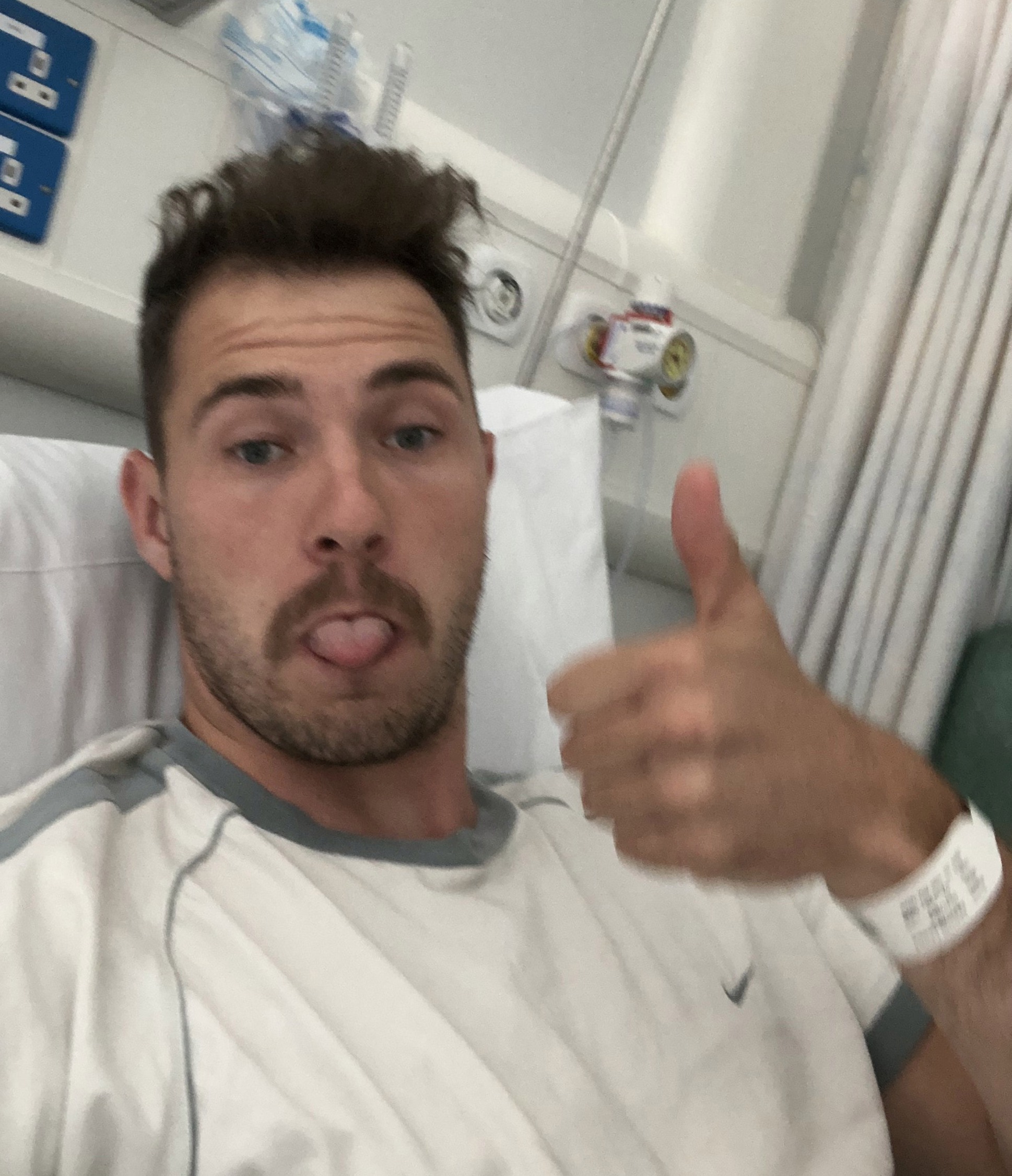 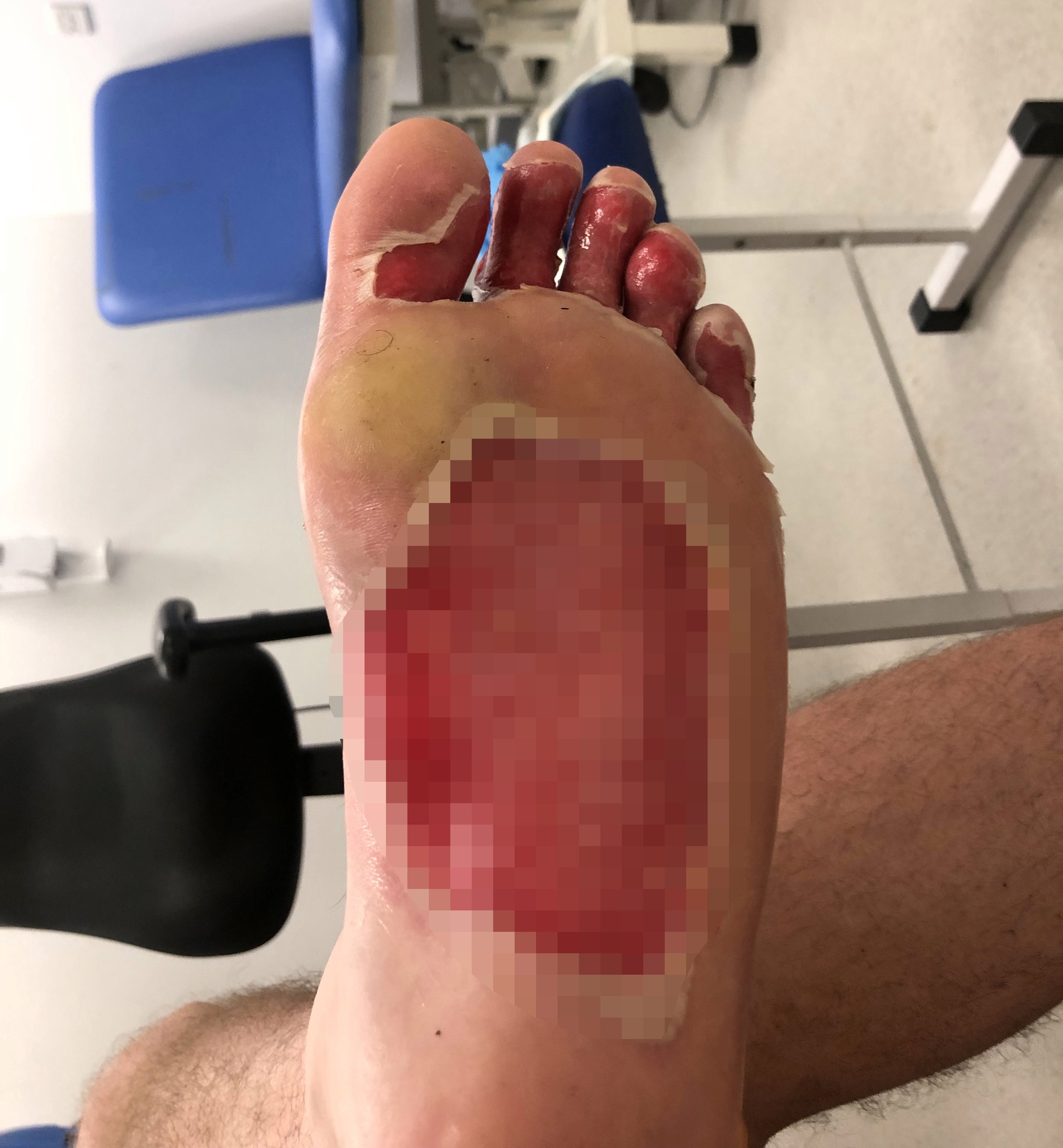 The third year students left the foil container to cool for an hour, kicking the sand around to speed it up, before packing up to leave.

But after Ted popped the barbecue in the bin he walked back to collect his stuff and trod on the patch of sand where it had been.

He was in instant agony, and limped the 150 yards to the sea water at Tynemouth Longsands beach in Tyne and Wear.

Lifeguards popped his foot in a plastic 'sandwich bag' and he got a taxi to hospital.

Ted spent a week there while nurses repeatedly burst around ten blisters on his foot, cutting or tearing away the dead skin.

The cyber security student at Northumbria University still can't walk, two weeks on, and has to take three weeks off his bartender job.

Ted, from Newcastle said: "We had a great time.

"The beach was packed and we were watching a volley ball tournament that was on. I just wasn't thinking about the hot sand.

"I was chatting with my friends and then it felt like something stung me and I gave out such a yell, and I ran, well half-hopped, to the sea. 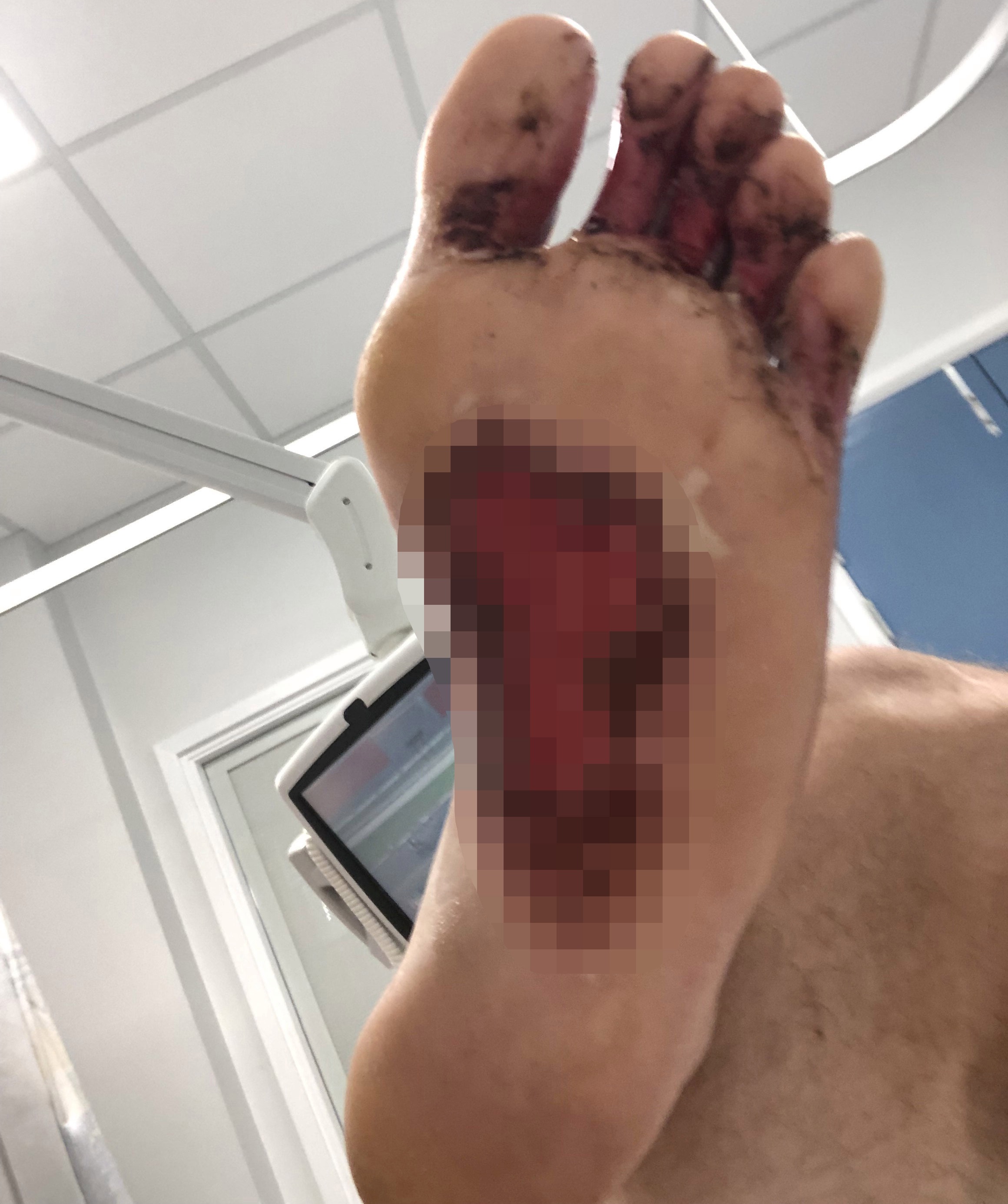 "I knew straight away what I had done.

"I looked down and saw that the sand where the barbecue had been was a pinkish colour. That may have been the heat or blood from my foot.

"It really hurt, and I was gutted that I didn't think about the sand being hot. It's logical really – barbecues are over 200 degrees.

"Blisters started forming instantly all over the sole of my foot and in between my toes; wherever there is soft skin.

"It was agony, and I'm not one to mind pain usually."

Pals had to carry 6ft Ted to help after sitting in the sea didn't help, on July 17.

Lifeguards cleaned sand and blood off his injuries with saline wipes, which was excruciating.

His foot was in a bucket of cold water for 30 minutes before they popped it in the special plastic bag, which they filled with water and sealed shut over his whole foot.

"It just kept getting worse and worse," he said.

"The water in the bag was pretty warm by the time I got to hospital.

"They burst each blister individually every time they formed, then they tore and cut off the dead skin.

"You shouldn't do that yourself, but they do it in the hospital to get the liquid out and get the dead skin off to reduce the risk of infection.

"I kept on kicking them because I'm really ticklish and also because it hurt so much – I felt bad about that.

"It looks like a zombie foot because it's red and pink and then there's a black bit where there's old blood and it's scabbing.

"I felt better about not thinking of it when the lifeguards and the burns unit told me these accidents occur quite a lot.

"But there aren't any warnings about the barbecues and hot surfaces.

"The disposable ones don't have feet to raise them off the ground.

"I think there ought to be a warning about where they are put. I feel lucky that no one else came near it.

"If it didn't happen to me it would've happened to someone else. Everybody was moving about getting ready to go.

"I'll have scars but I feel quite proud of all my other scars so far.

"The nurses in the burns unit and the lifeguards were all great. I had a really great time in hospital."