WASHINGTON – Virtually any high school student in America, if asked to name a Supreme Court decision, could probably point to Brown v. Board of Education and explain that it was the landmark ruling that found public school segregation unconstitutional.

Now, 68 years after the nation’s highest court handed down one of its most recognized and consequential opinions, its meaning is being debated in two closely watched cases in which the justices must decide if colleges may consider race in admissions.

An anti-affirmative action group is challenging the way Harvard College and the University of North Carolina weigh race as one factor when they consider prospective students for admission. That group reads the 1954 Brown decision as commanding universities to be colorblind, providing no advantage to applicants based on race.

The position that prevailed in Brown, the plaintiffs told the justices in a brief that quoted from a 2007 Supreme Court opinion, was that “no state has any authority … to use race as a factor in affording educational opportunities among its citizens.”

Stay in the conversation on politics: Sign up for the OnPolitics newsletter

Guide: A look at the key cases pending before the Supreme Court

But critics say that approach turns Brown – and the 14th Amendment – on its head. Brown prohibited public schools from excluding Black children “solely on the basis of race,” they say, but it didn’t bar a university from considering race as it seeks to achieve the opposite goal: assembling a diverse class of students that reflects the population.

“No equivalence can sincerely be drawn between the segregation Brown rightly condemned and a university’s limited consideration of race … to assemble a diverse class,” Harvard told the Supreme Court in a brief this summer.

How the high court reconciles those contrasting visions could have sweeping implications for a nation that continues to wrestle with race nearly six decades after the passage of the Civil Rights Act of 1964. Efforts by employers to counteract decades of discrimination in hiring, for instance, could be affected by the decision.

Oral arguments in the two cases – one focused on Harvard and the other on the University of North Carolina – are set for Oct. 31. The University of North Carolina case deals squarely with the 14th Amendment, because UNC is a public institution. The Harvard suit implicates Title VI of the Civil Rights Act of 1964, which prohibits entities that receive federal funding from discriminating on the basis of race.

A decision is expected next year.

“Brown never said that the equal protection clause is colorblind,” said David Hinojosa, an attorney with the Lawyers’ Committee for Civil Rights Under Law who will argue at the high court on behalf of a number of students and alumni at the University of North Carolina at Chapel Hill. “It was a categorical exclusion of Black children from all-white schools and that has nothing to do with race-conscious admissions.” 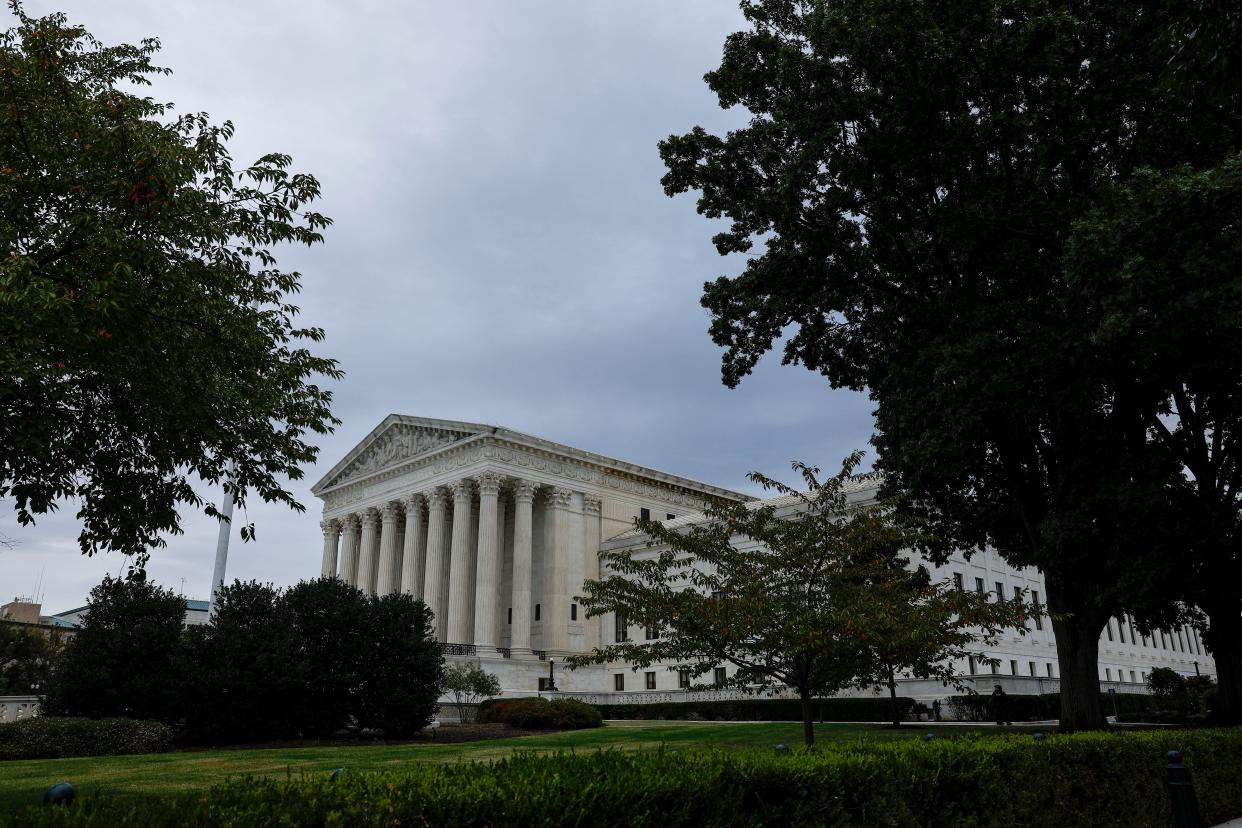 ‘Discriminating on the basis of race’

Many conservatives disagree with that reading of the landmark case.

Part of the anti-affirmative action group’s argument is that by giving an edge to African American students in some admission decisions Harvard discriminates against Asian American students in the zero-sum endeavor of filling out a first-year class. And the historical record, they argue, supports the idea that the framers of the 14th Amendment wanted no preference given based on race.

“It prevents the government from looking solely to what a person’s skin color is to decide how it’s going to treat them,” said Edward Wenger, a lawyer who filed a brief on behalf of Edwin Meese, the former attorney general for President Ronald Reagan. “And that is what the equal protection clause is all about: No matter who you are, no matter what color your skin is, the government sees you as a human being just like everyone else.”

Granted: Supreme Court to consider use of race in college admissions

Jackson: New to the job, Justice Jackson is having a moment on the Supreme Court

That view was largely endorsed by Chief Justice John Roberts and two other current members of the court’s conservative wing in a 2007 case challenging the consideration of race at public high schools in Seattle and Jefferson County, Kentucky. Roberts asserted that the key takeaway from the Brown decision was that 14th Amendment prevented states from treating children differently based on race.

Brown was a unanimous decision that effectively overturned the court’s 1896 Plessy v. Ferguson ruling. Plessy endorsed the “separate but equal” doctrine, opening the door to segregation and the Jim Crow era in the American South. The Brown opinion concluded that “separate educational facilities are inherently unequal” and held that Black students were deprived of equal protection of the laws guaranteed by the 14th Amendment. 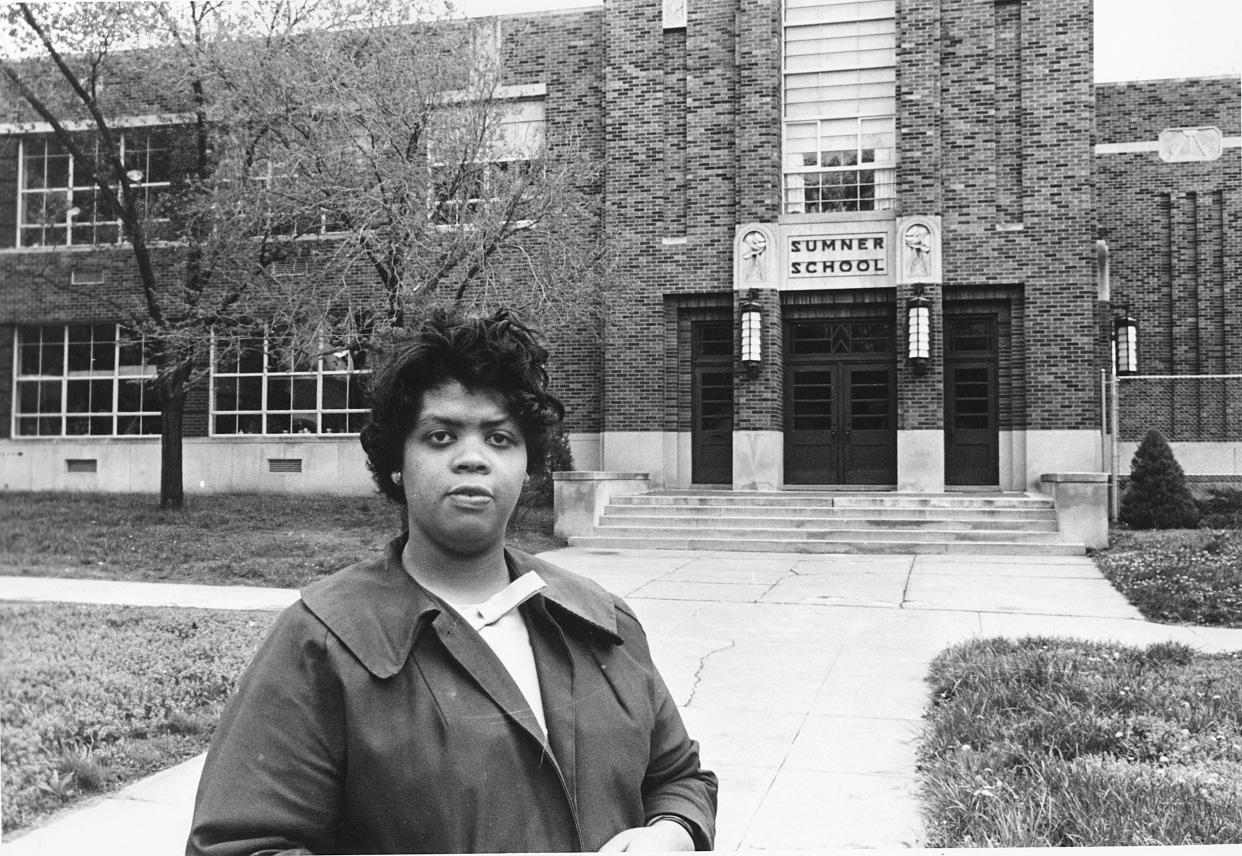 At a time when the Supreme Court has increasingly looked to the historical underpinnings of the words in the Constitution – including in major rulings earlier this year on abortion and the Second Amendment – academics and outside groups have engaged in an amicus brief battle in the Harvard and UNC cases in an effort to frame what lawmakers had in mind when the 14th Amendment was ratified in 1868.

President Andrew Johnson vetoed the Civil Rights Act of 1866, arguing in part that the nation’s first civil rights law gave special treatment to Black citizens not afforded to whites. Congress overrode that veto and went on to pass the 14th Amendment to ensure that the protections couldn’t be easily unwound by subsequent congresses.

But conservatives point to other moments in the historical record to make their case, arguing, for instance, that federal legislation approved in 1866 and 1867 that sought to help former slaves with clothing and other necessities was an effort to right the wrong of slavery, not a race-conscious effort to give a boost to African Americans. Thomas pressed that point in a concurrence in the 2007 case involving high schools.

“Race-based government measures during the 1860’s and 1870’s to remedy state-enforced slavery were therefore not inconsistent with the color-blind Constitution,” Thomas wrote in a footnote in the 2007 decision.

Associate Justice Ketanji Brown Jackson appeared to come to the opposite conclusion earlier this month in one of the more interesting exchanges during oral arguments so far this term. In a separate case involving how states should consider race when drawing congressional districts, Jackson said that she didn’t believe the history of the 14th Amendment demanded the high court embrace the idea of a colorblind Constitution.

“I don’t think that the historical record establishes that the founders believed that race neutrality or race blindness was required,” Jackson said.

Thomas and Jackson are the only African American justices on the court. Jackson has recused herself from the Harvard suit because she had served on the university’s board of overseers, but she will take part in the UNC case.

Jonathan Feingold, a law professor at Boston University, sees a decadeslong political agenda behind the debate over Brown’s meaning as much as a legal theory.

“To reckon with racism means that you have to see and think about and then attend to all of the ways in which race and racism manifests and shapes our society,” said Feingold, who co-wrote a brief backing Harvard and UNC. The goal of opponents, Feingold said, “is to actually take off the table the tools that are necessary to transform American society to one that is more racially equal, and racially just, for everyone.”