Syeda Zahra’s weekday commute usually starts with a $24 Uber ride from her home in Melbourne’s western fringe to the nearest train station.

A fear of driving and a lack of buses running between Mount Atkinson and Rockbank – outer suburbs where experts say bus coverage is patchy and unreliable – has left Zahra with few options but to pay for an Uber twice a day. 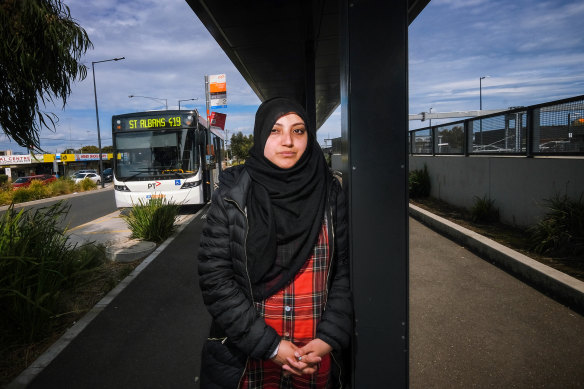 Syeda Zahra at St Albans where she commutes to for work. She spends $24 on Uber to get from a housing estate to Rockbank train station to get to work because there are no buses.Credit:Photo Luis Ascui

“If I stopped doing my job because of all of my expenses, how can I survive?” said Zahra, a teacher’s aide. “I have to drive in the future when I receive lessons, but for now it’s very difficult for me.”

The quality of Melbourne’s bus services, especially in the outer suburbs, has been put under the spotlight again after the state opposition unveiled its first major cost-of-living policy of the election campaign.

If elected, the Coalition will cut the cost of bus fares across the state, as well as metropolitan trams and trains, to $2 and halve the price of V/Line tickets.

Planning and transport experts have warned the commitment would disproportionately benefit the affluent and starve the government of funds needed to improve services in the outer suburbs.

Infrastructure Victoria chief executive Jonathan Spear did not comment on the opposition policy for a $2 flat fare in metropolitan areas, but reiterated a recommendation to the Victorian government that bus fares should be the cheapest form of public transport and priced at $1.25 a trip.

“We know from our research that people who are less well-off are the people who use the bus a lot more – 47 per cent of bus trips are made by people on the lowest 40 per cent of household incomes,” Spear said.

“Under the current flat-fare system you will pay the same price to get a train from Canterbury to your high-paying job in central Melbourne as you do to catch the bus in Boronia a couple of kilometres to the shops or your local doctor.”

The dire state of Victoria’s bus services was confirmed in a recent report by roads lobby group Roads Australia, which commissioned researchers to gauge people’s perceptions about bus services. 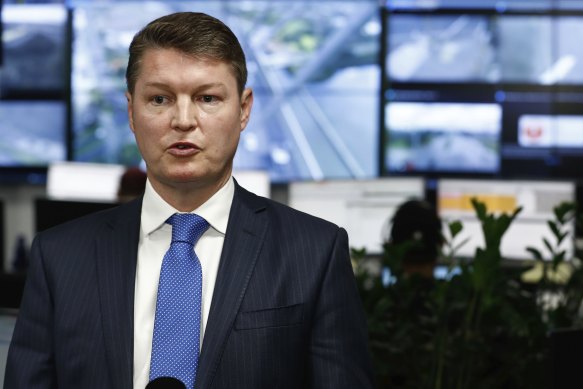 They found that not only did people dislike catching the bus because they deemed the service infrequent and poor, but one in five people no longer considered buses a legitimate form of public transport that provided a credible alternative to driving.

Eric Keys, a transport planner and PhD candidate at RMIT, said the community appeared to have lost faith that buses could ever be improved to the extent needed to offer a practical alternative.

“The gap between what is needed and what is provided has become too wide, but more importantly, it seems the community simply don’t believe any government can do better and is withholding their social licence,” Keys said.

Roads Australia director of policy Royce Christie said the research gave the organisation a better understanding of why people disliked buses, and could offer a launching pad for governments to improve the services.

“Using the social licence lens is a more accurate way of predicting where you can make good changes,” Christie said.

“Buses are necessary for decarbonisation efforts, we need to help reduce the number of vehicles on the roads. It’s imperative to find ways to make them more attractive.”

Bus Association Victoria executive director Chris Lowe said bringing bus services up to standards comparable with other public transport options would cost “a couple of hundred million dollars a year”, but addressing some inequality could be achieved with less than $50 million.

Public Transport Minister Ben Carroll sees “a big future for buses” and has pointed out that the government had increased its spending on buses from $100 million over four years in 2014 to about $100 million a year now.

“We know more and more people are living and working in local suburbs,” Carroll said. “So we will have more to say on this subject … [but] we do know we want more frequent bus services.”

Opposition spokesman for public transport Danny O’Brien said the Coalition’s commitment for $2-a-day buses across the state would help make the service more affordable and attractive for families.

“We’ve already announced some new services like the Box Hill to Glen Waverley express service and will have more to say before election day.”