THIS is the horrifying moment a Tube thug punched a man in his 50s before hurling him onto a set of London Underground tracks.

Cops have launched a manhunt for the pusher, who struck at South London's Stockwell station in the early hours of Sunday morning. 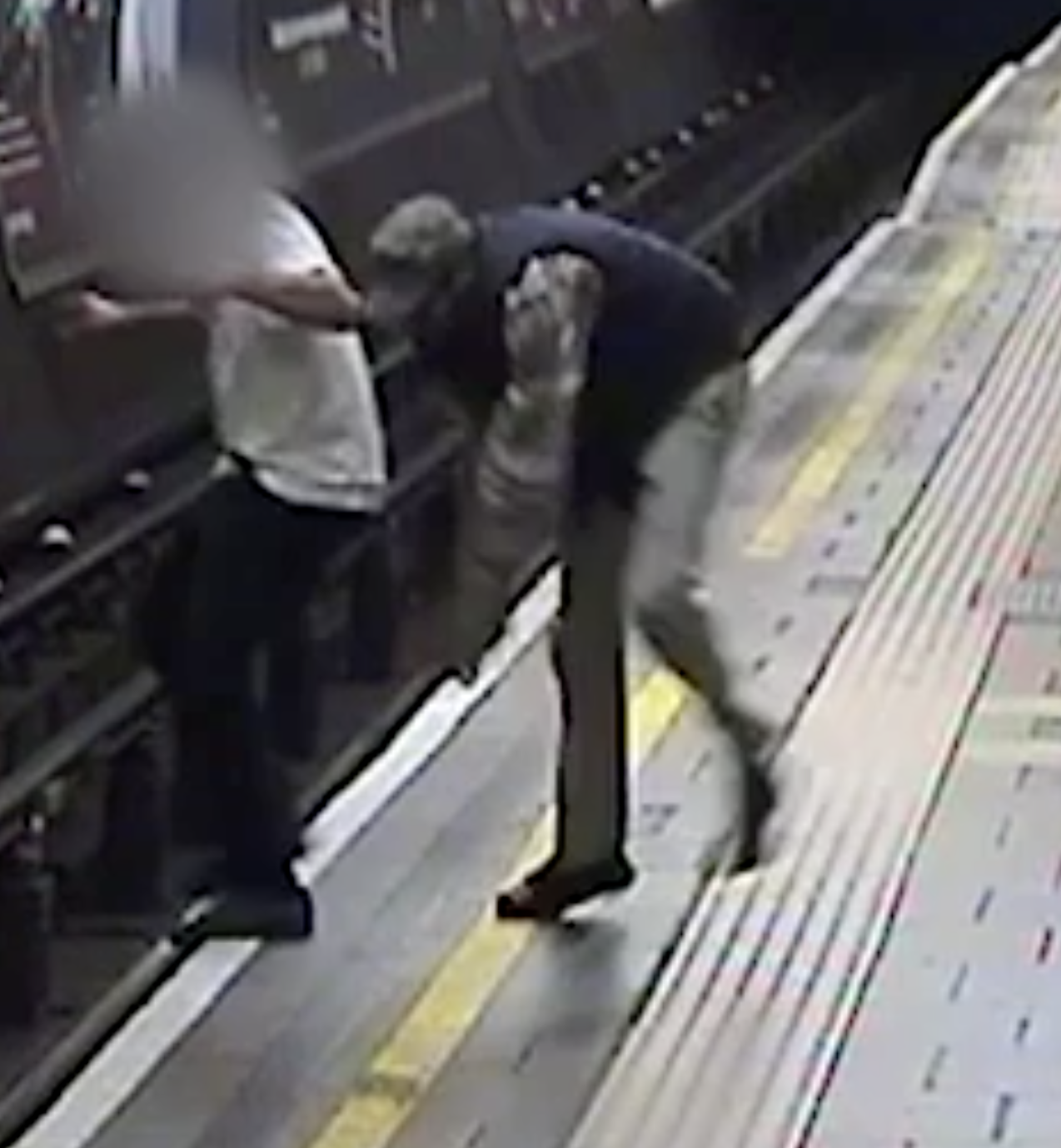 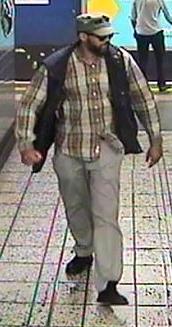 The victim – thought to be aged in his 50s – was punched in the face and shoved onto the tracks after a brief conversation with the attacker.

A hero passenger dragged the victim back onto the platform as the assailant sprinted off.

Zoe Wornham, of British Transport Police, said: "This was an extremely serious incident and it is vitally important we identify the man in this footage.

"Very fortunately, there were no trains approaching the station at the time the victim was pushed onto the tracks; if there were this incident could have ended in tragedy.

"If you have any information which could help us investigate, please get in touch."

It comes just months after schizophrenic crack addict Paul Crossley was caged for life after shoving a 91-year-old former Eurotunnel boss on to the Tube tracks.

Jurors heard how Crossley had pushed Sir Robert Malpas "deliberately" because he "looked odd" and looked unlikely to withstand the attack.

He was saved by hero teacher Riyah El Hussani – who leapt from the platform just one minute before a train was due to arrive. 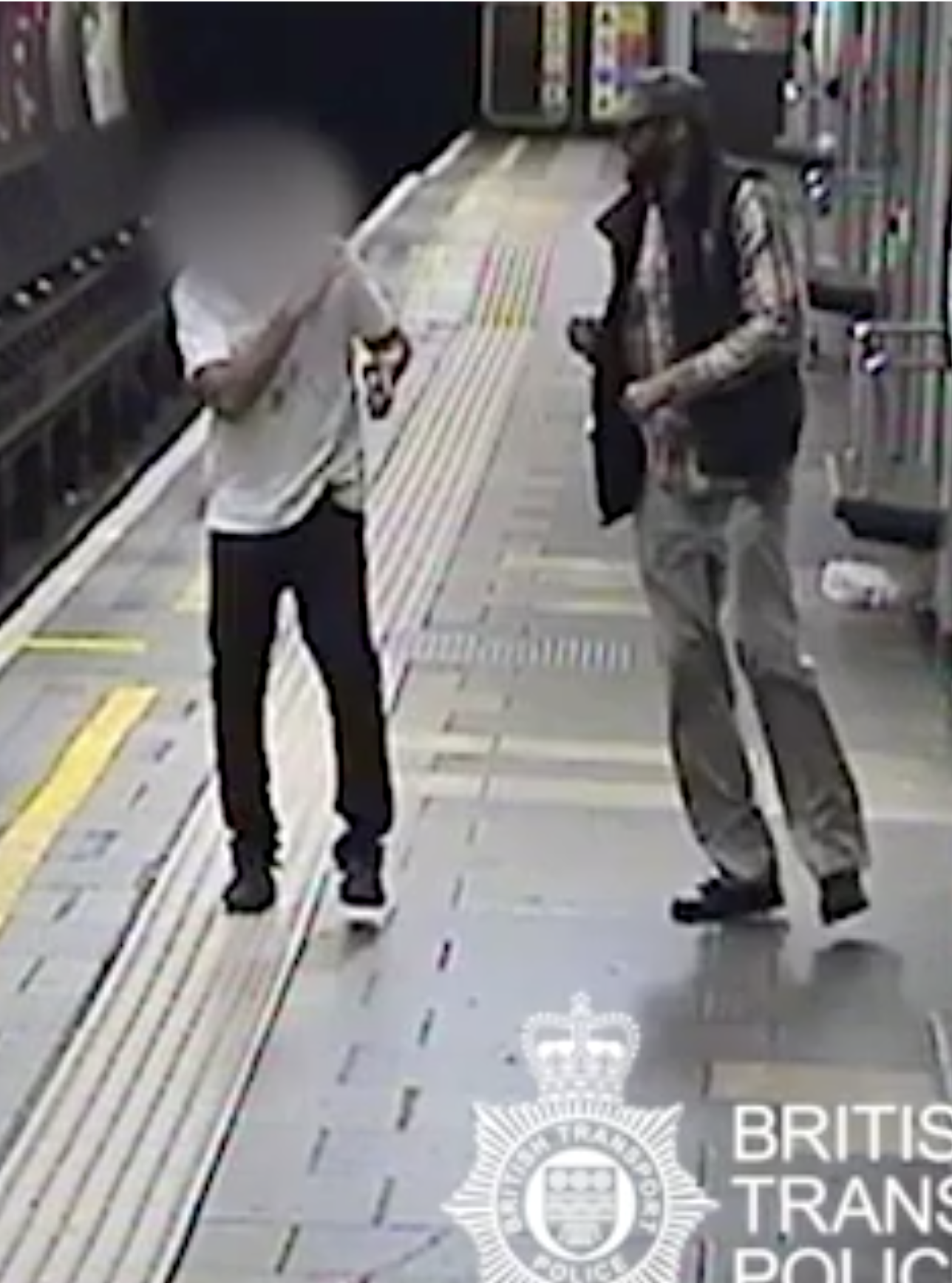 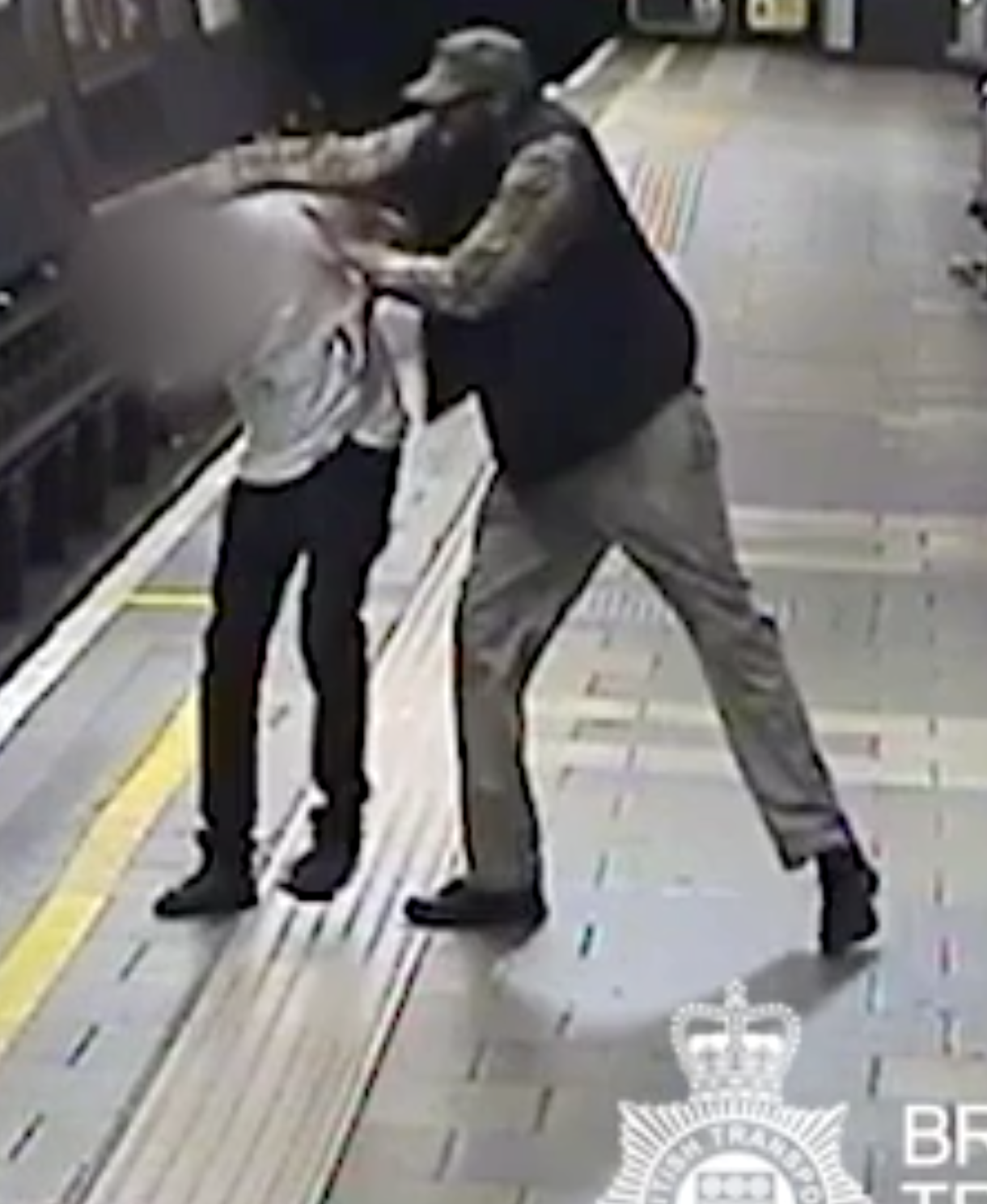