Follow
Home » World News » 'The Last of Us' star Pedro Pascal responds to toxic fan complaints about the show's diverse cast: 'You can't make everybody happy'

'The Last of Us' star Pedro Pascal responds to toxic fan complaints about the show's diverse cast: 'You can't make everybody happy' 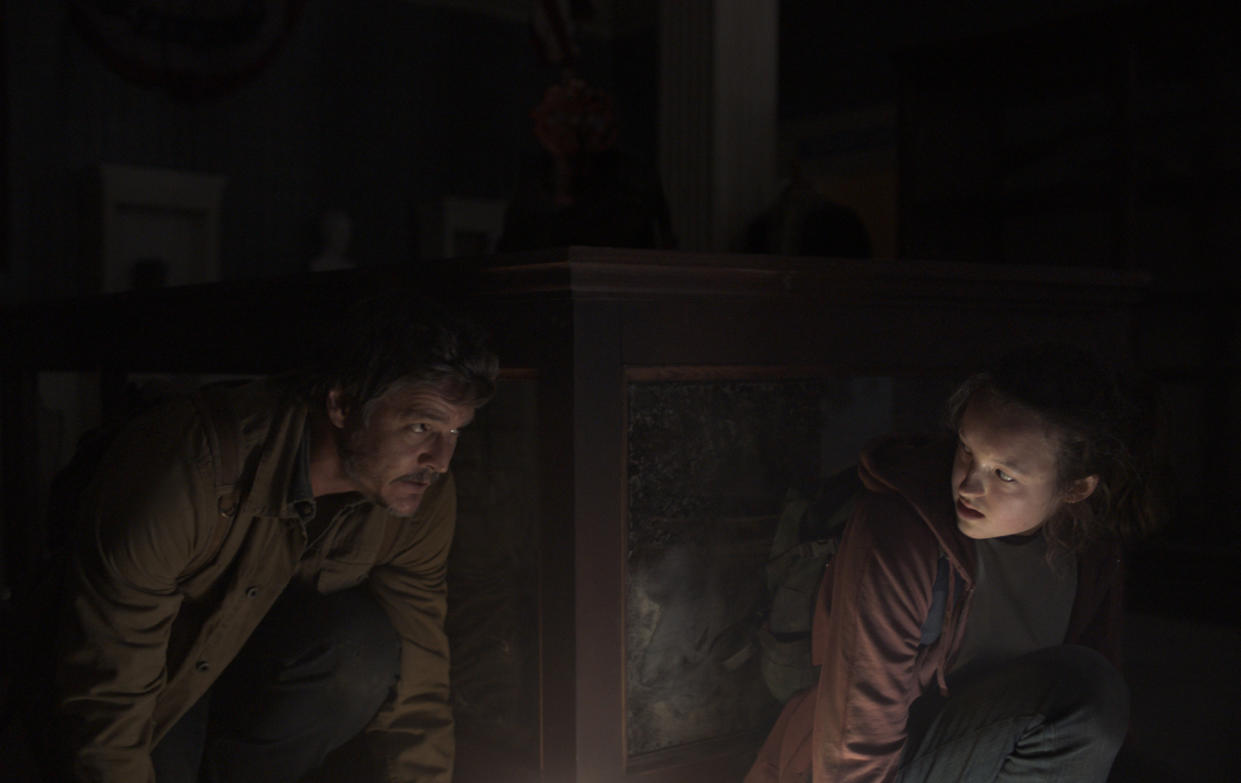 Game on. When The Last of Us premieres on HBO and HBO Max on Jan. 15, fans of the blockbuster PlayStation title will be treated to one of the most faithful screen adaptations of a video game yet. And while the nine-episode first season mostly sticks to the first half of the original 2013 game, the series is already incorporating elements from the 2020 sequel. In between The Last of Us and The Last of Us, Part II, game creator Neil Druckmann made a conscious effort to diversify his post-apocalyptic Earth, where a pandemic has killed off much of the world's population and transformed many of the survivors into mindless zombies.

But the show isn't waiting until future seasons to reflect on what the world looks like now. In the series premiere, showrunner Craig Mazin — who developed the series with Druckmann — populates The Last of Us with the kind of diverse cast that the game came to embrace later on. And that starts with the show's leading man, Pedro Pascal, who also traverses George Lucas's far, far away galaxy on The Mandalorian. The Chilean actor plays Joel, the haunted hero who serves as the player's primary avatar in the first game, and is depicted as a white character in his original incarnation.

While the majority of fans have embraced Pascal, a toxic segment of Last of Us players — many of whom also criticized The Last of Us, Part II for its "woke politics" and emphasis on diversity — have logged derogatory comments on Reddit threads and social media. Those same critics have taken aim at some of the show's other casting choices, including the presence of biracial actress, Nico Parker as Joel's daughter, Sarah, who was also white in the game.

Asked how he'd respond to toxic critics who might complain, "This isn't my Last of Us," Pascal offers an easy, direct answer. "Sorry," the actor tells Yahoo Entertainment with a casual shrug, making it clear he's not actually all that sorry. "You can't make everybody happy."

Watch our interview with The Last of Us stars Pedro Pascal and Bella Ramsey on YouTube:

"The game is very, very innovative in its inclusiveness," Pascal adds. "So really, it's a way of honoring the original source material, the way that Craig and Neil have gone about casting and telling this story."

Pascal's Last of Us co-star Bella Ramsey has also been on the receiving end of pre-premiere backlash, with purported fans complaining about her resemblance to Ellie, the teenage girl who reluctantly joins Joel on a perilous cross-country journey towards an uncertain destination. In a game storyline released between The Last of Us and The Last of Us, Part II, Ellie was revealed to have been in love with her best friend, Riley (played by Storm Reid in the series), another element of her story that Mazin is introducing right upfront.

"It's not a spoiler — Ellie's a lesbian," Mazin confirms. "That's just the way it is. We had the benefit when we made the show of something that Neil didn't have when he made the game. We have all of it."

Preserving that part of Ellie's identity was essential for Ramsey, who knows that fans were initially concerned about whether it would be left out of the series. "That was never gonna be the case," says the former Game of Thrones star, adding: "I wouldn't have let that happen either. It's part of who she is and what I like about the show is that it's not made into this huge deal. It's her existing in this world and loving women… and Joel is cool with it. I think it's done really well."

In the world of the show, Ellie goes by she/her pronouns and off-screen Ramsey is comfortable using both she/her and they/them. Asked whether their version of Ellie might experience a similar evolution as the series continues, Ramsey explains why that's unlikely. "The thing with pronouns for me is that I sort of don't mind any," they say. "'They' is cool, occasionally. The thing with Ellie is that she totally isn't this feminine girly person. She just exists, and that's sort of how I feel. I just exist undefined and unlabeled as a person. And I think that's what's cool about Ellie. You won't see a shift: She's just sort of existing and that's what I hope to do as well."

Bella Ramsey says they never would have let "the gay be taken out" of Ellie's storyline in #TheLastOfUs. "It's just who she is." pic.twitter.com/ZnroWtJa1s

As the person who initiated the push to diversify the world of The Last of Us, Druckmann says he was inspired by his own experience as an Israeli-born immigrant now living and working in the U.S. "I saw this story as kind of a love letter to the United States, especially the landscapes," he says. "America has its problems, but its superpower is that it's a melting pot of every kind of person from every walk of life. It was important that the show capture that."

"Sometimes, I think fans can be misguided," Druckmann continues, referring to the more toxic elements of the game's fandom. "They're hanging onto superficial things and think that if those things change, somehow we've got it wrong. But I would like to ask them: When you first played the game and [you met] Sarah, was it her relationship to Joel [that affected you] or that she had blonde hair? What's important versus what's not? To me, it was more important to capture the essence of those characters when we cast them."

In the case of Joel in particular, Mazin says that the production was looking for an actor that would specifically capture "the weight of his years." Since players control the PlayStation version of Joel, that can fool them into believing that he's superhuman given his ability to fight infected monsters and heal within seconds with his supply of handy homemade medical kits. In contrast, Pascal's Joel is established as an ordinary guy who has spent years living in extraordinary circumstances, and time has exacted its toll.

"We said to Pedro, 'We want you to play your age,'" Mazin says. "Joel is actually older than Pedro in real life, and we wanted his knees to be bad, to run with a little bit of a hitch and to have trouble standing up and sitting down. And when he suffers a wound, that wound is not gone: it carries through into the next episode. That humanity was important to us."

Pascal says that it wasn't difficult to play the non-superhero version of Joel. "I'm not really capable of surviving an apocalypse," he says, laughing. "I had to bring my averageness to an iconically-loved character. I hope it worked!"

Here's an example of exactly how well the actor's world-weary portrayal works: Ramsey says they felt terrible whenever they had to bust Joel's chops as the perpetually snarky Ellie. "I like how snarky she is, [but] I actually found it quite hard to be snarky with you," they confess to Pascal, before adding with pitch-perfect snark: "You're all right."

"Bella's one of the nicest humans I've ever met," Pascal replies with a grin. "It's brilliant to know there's an Ellie in you. It's there!"

The Last of Us premieres Sunday, Jan. 15 on HBO and HBO Max.