Follow
Home » World News » Thousands of kids left baffled by 'impossible' GCSE question they claim can't be solved – do you know the answer?

THOUSANDS of teenagers have been left baffled by an "impossible" GCSE maths question they claim can't be solved.

Hoards of 16-year-olds across the country sat the exam this week – but were stumped by a tough five mark question where they had to calculate the area of a shape. 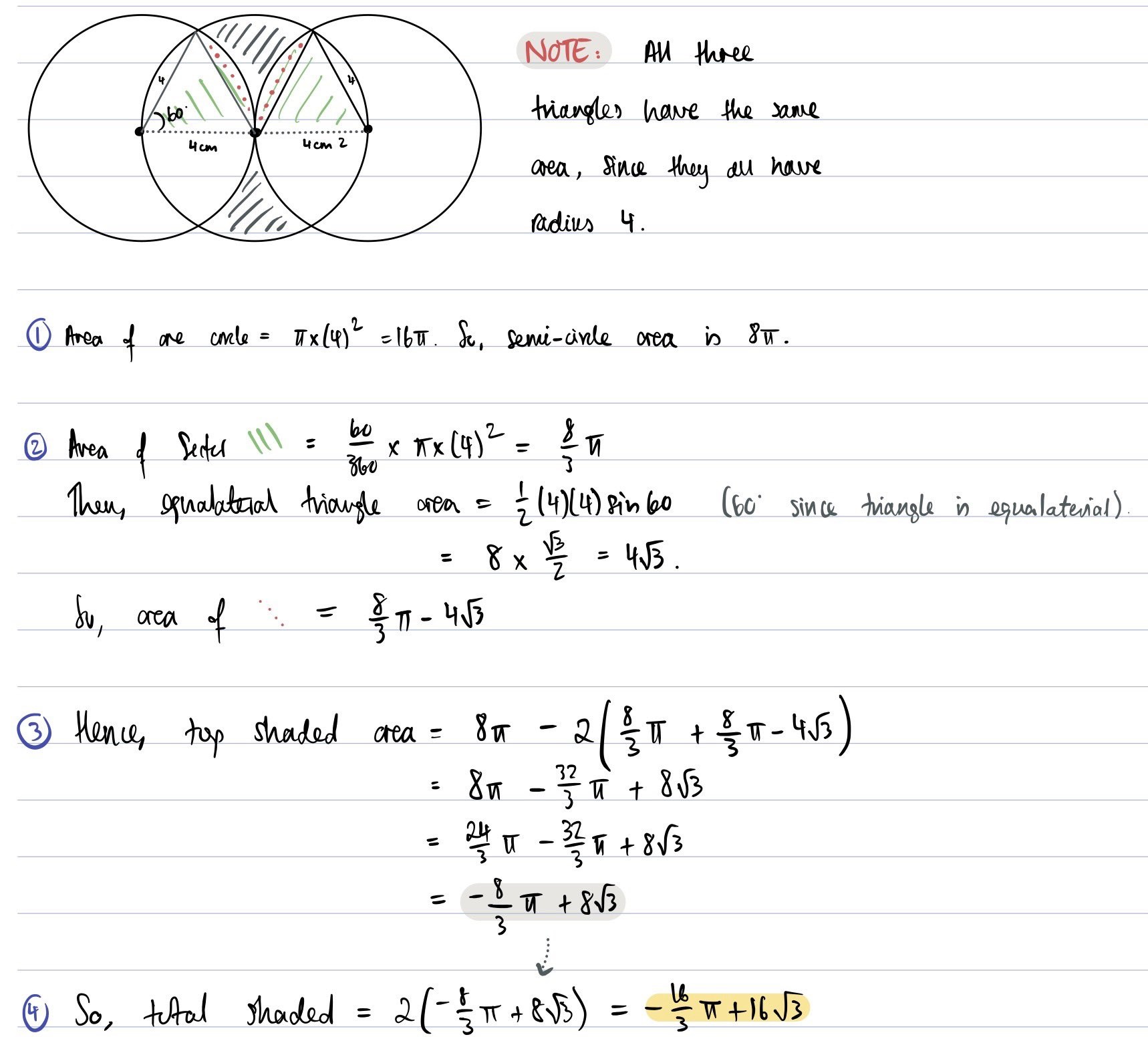 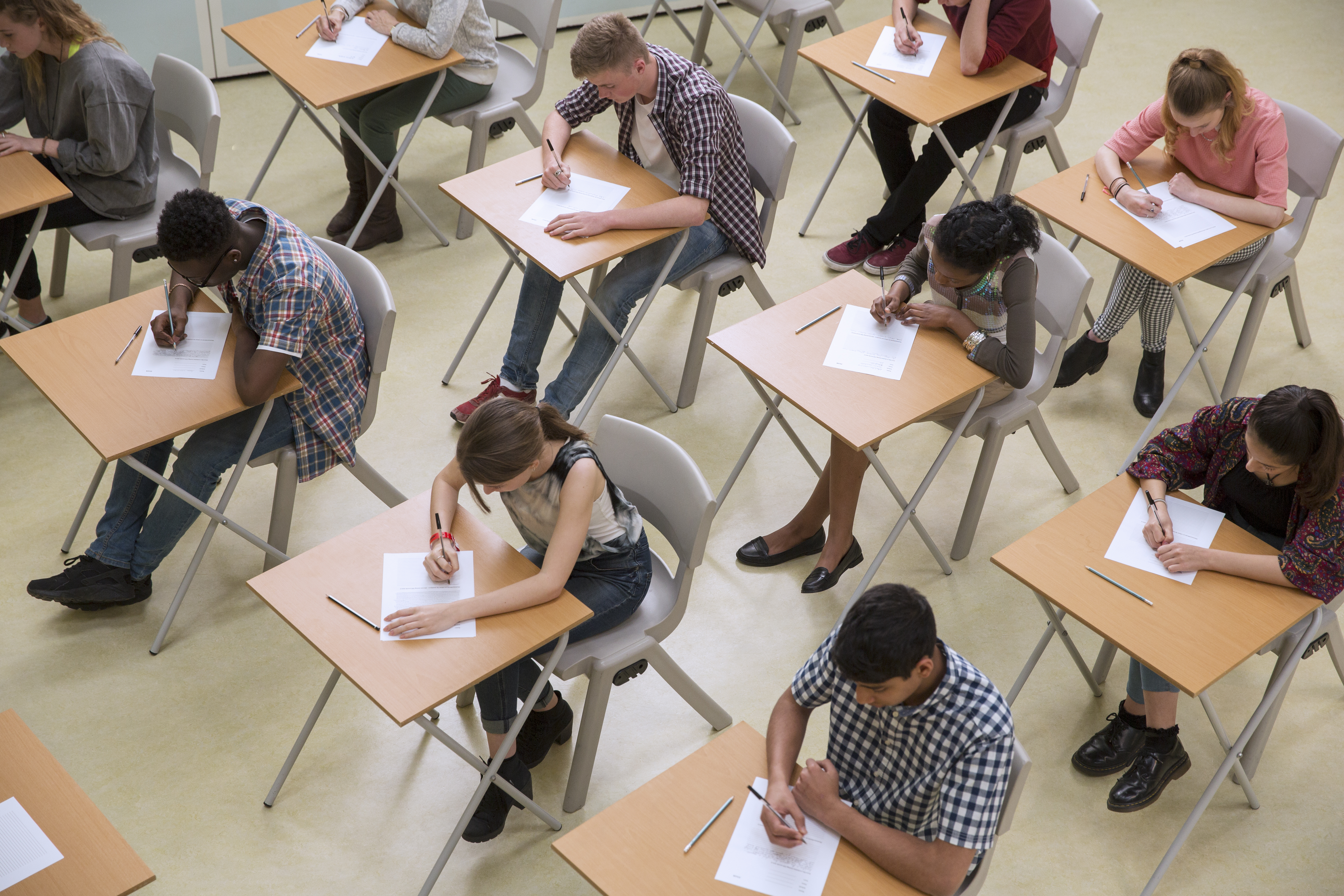 Students had to figure out the area of a shaded region on a diagram showing three overlapping circles.

They were told the radius of the circles – and had to give their answers in terms of pi.

But the question in Edexcel's GCSE paper left many students lost – and they took to social media following the test to complain.

Many candidates said that the question was "impossible" while teachers and university students also admitted the five-mark question was harsh. 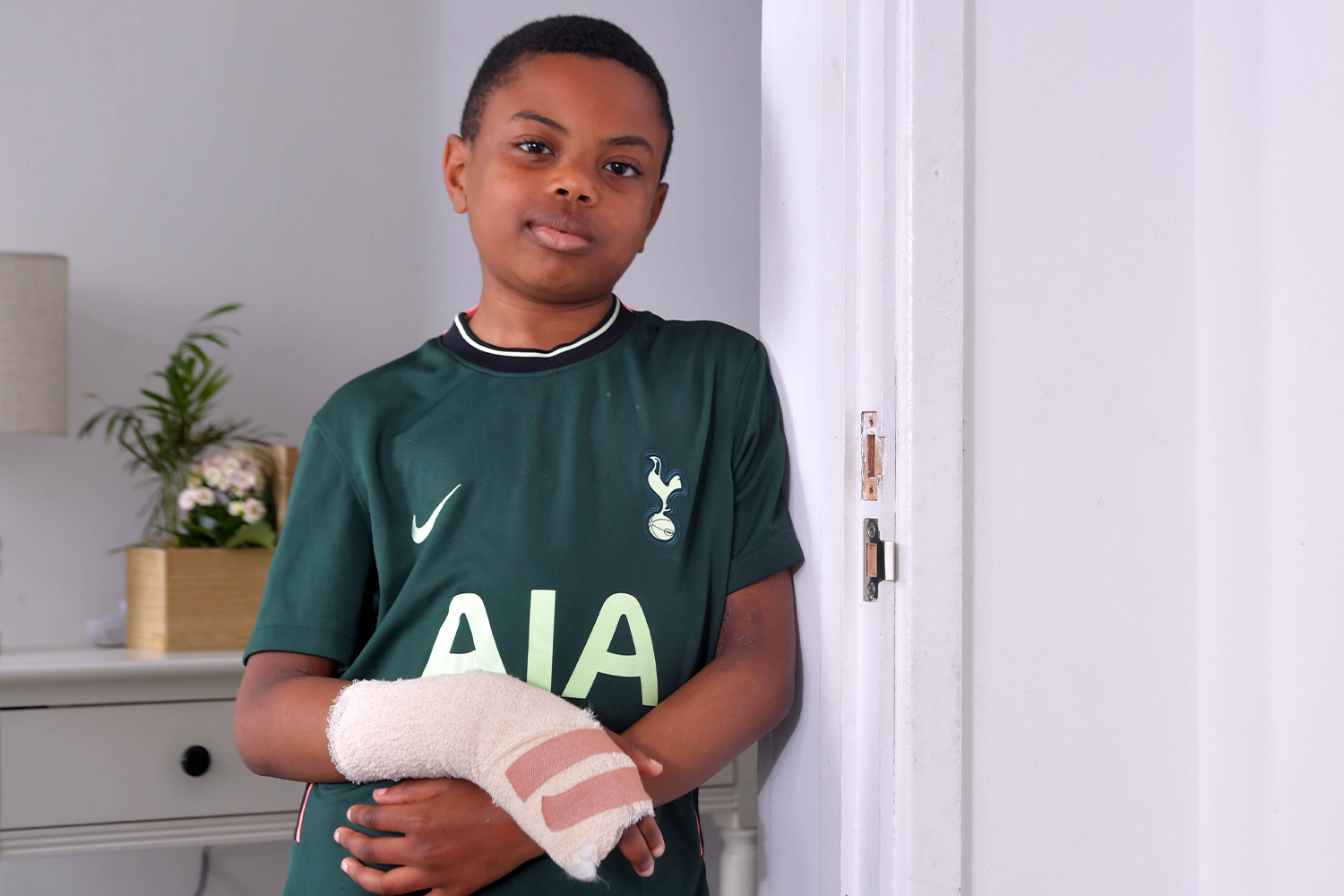 Donors give £70k for boy, 11, who lost his finger ‘fleeing school bullies’ 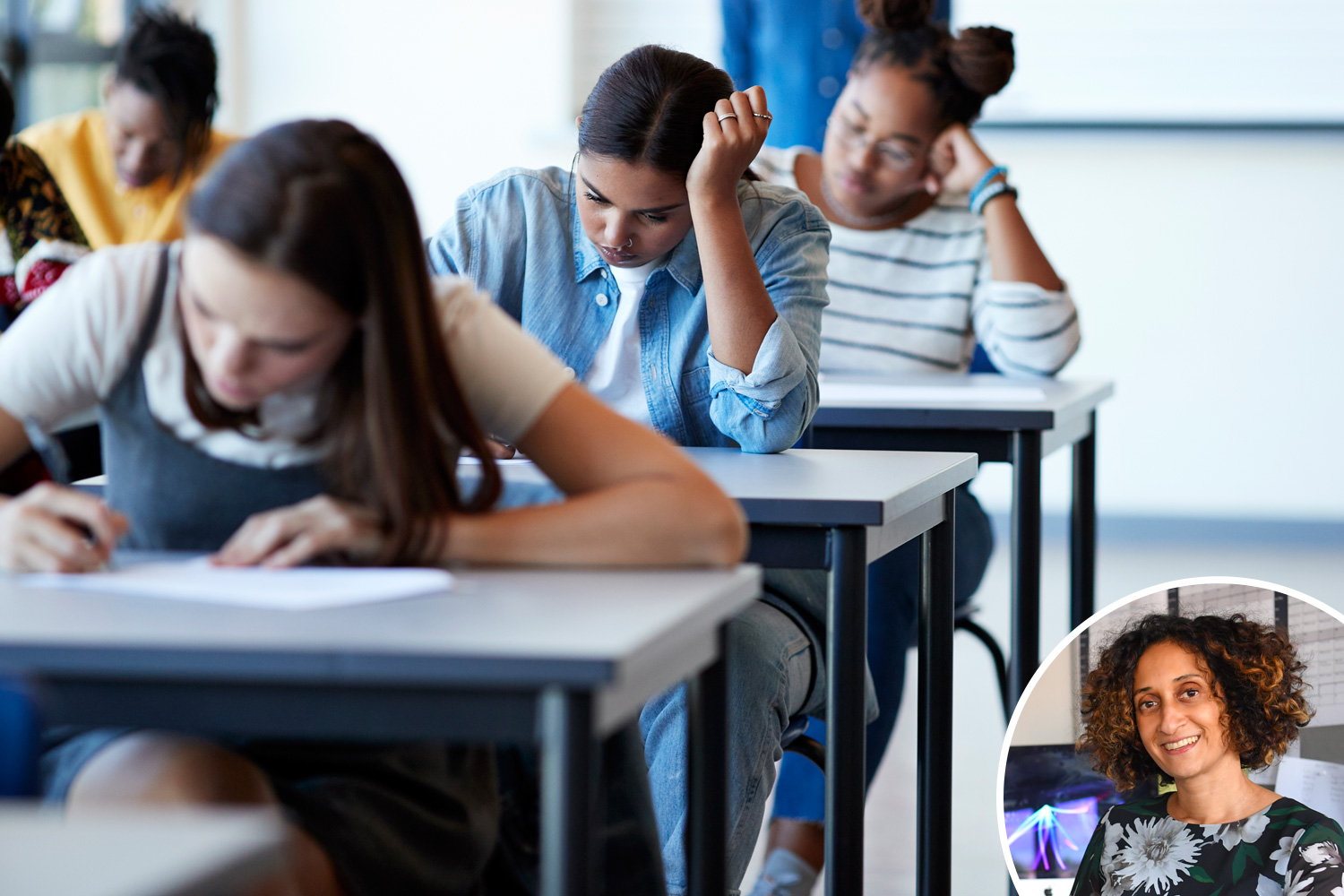 I’m UK’s strictest teacher, I get kids to pass exams… parents may not like it

The question read: "The diagram is made of three circles, each of radius 4cm.

"The centre of the circles are A, B, C such that ABC is a straight line.

"Work out the total area of the two shaded regions. Give your answer in terms of pi."

After attempting the baffling maths question in their exam halls, students tried to find solutions to the confusing paper online.

A disgruntled student wrote: "Sorry #EdexcelMaths but what was that last question."

One user on Twitter said: "It doesn't look that bad, but in exam conditions with limited time and stress, it's impossible."

And another said they spent "20 mins… just staring at the last question."

A third added: "All of this…for FIVE MARKS."

One Manchester University maths student tried to figure it out – admitting it was a "tough one" and he had to "spend some time looking where to start."

"A tough one, even I had to spend some time looking where to start. How many marks was it worth anyone?"

One maths teacher took to Twitter and admitted that the Edexcel question "was a mean one" while posting their findings for students to reference.

And a PhD Theoretical Physics student at Durham University also said that trying to figure out the solution to the exam question just by using GCSE knowledge "had me stumped."

Jack Griffiths added: "Trying to do this using only GCSE content had me stumped, so I resorted to polar coordinates and calculus.

"I hope the mark scheme has this as an allowed method…"

Another physicist, who has a BSc and PhD from Manchester and Edinburgh Universities, wrote: "Year 11 kids have had very disrupted schooling due to the pandemic and have worked really hard as the first year in 3 years to sit proper exams.

"And some masochistic examiner thinks it's a good idea to give them a motivational boost by asking almost impossible to answer questions!"

This is the first time in two years that students have formally sat nationwide exams because of the disruption caused by the pandemic. 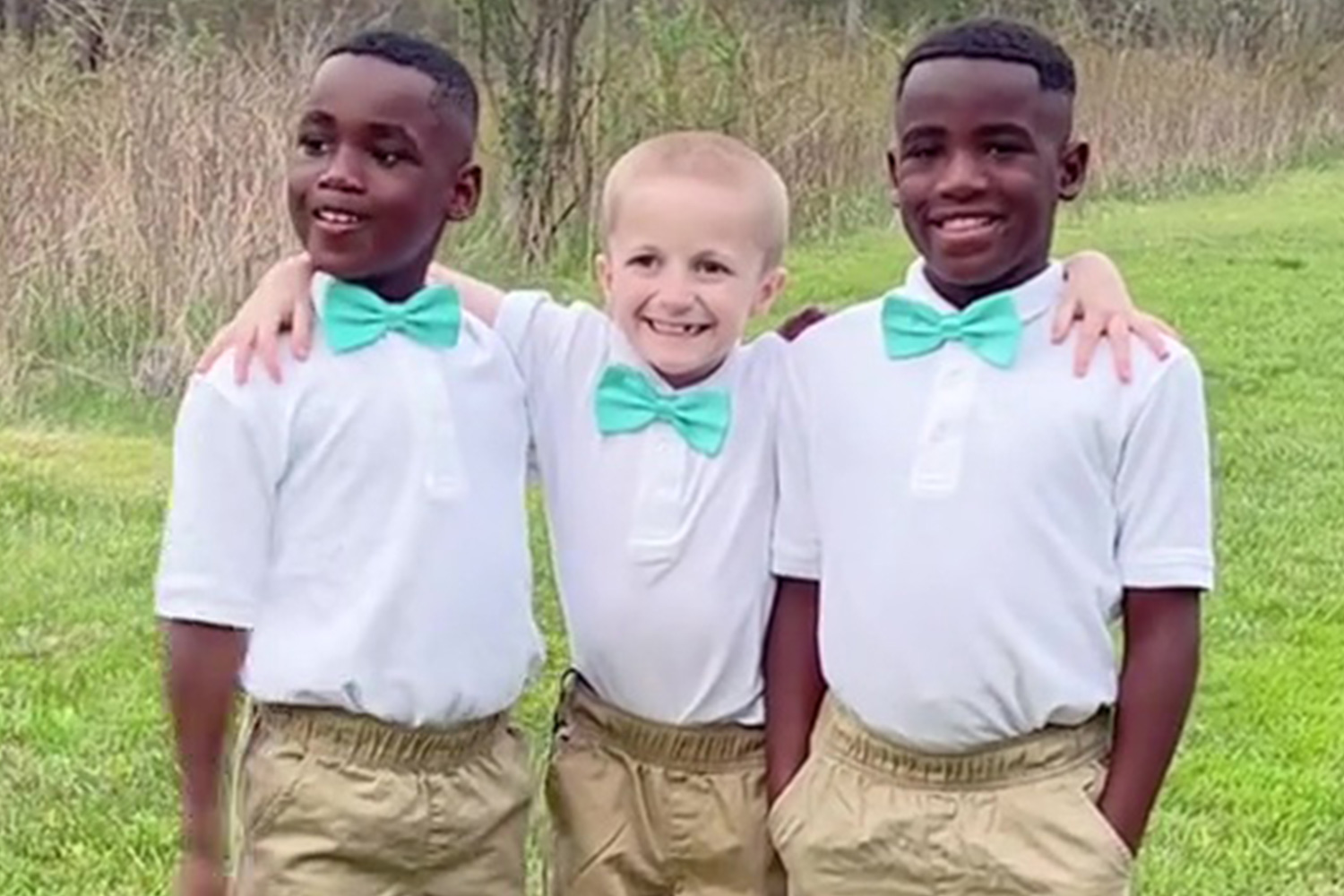 GCSEs and A-Levels were cancelled in 2020 – while a series of government U-turns and changes led to 'teacher assessed' grades being given out in 2021.

The current GCSE cohort – ages 15 and 16 – have had their schooling disrupted since before they started their courses in 2020.