Rail unions are plotting a ‘summer of discontent’ which they say would be the biggest walkout since the General Strike of 1926.

The heads of the RMT, ASLEF and TSSA say they are working on plans to inflict the ‘maximum possible disruption’.

The dispute centres on pay and job cuts as ministers ask the industry to make £2 billion of savings.

It is thought it would be the first time in almost a century that all three rail unions, which together represent around 90,000 workers, vote to strike at the same time.

A government source said that summer travel could be thrown into chaos with the economic recovery also put at risk. 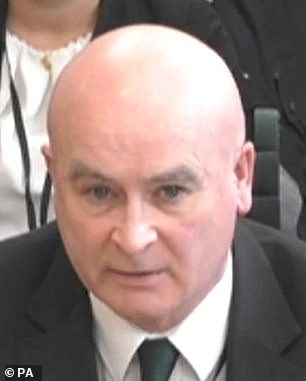 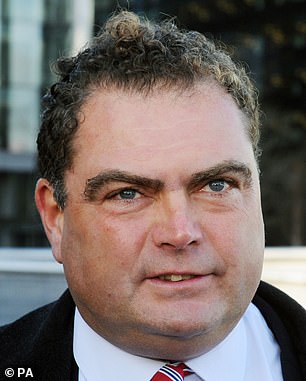 General Secretary of the TSSA Manuel Cortes says: ‘The disruption will be unparalleled. I don’t think we will have seen anything like it since the 1926 General Strike.’

They added: ‘We pumped in more than £15billion to keep the railways alive during the pandemic and the industry is still on life support courtesy of taxpayers, the vast majority of whom do not use railways regularly.

Yet, with passenger numbers still far from pre-Covid levels, the rail unions seem intent on a series of ruinous strikes that will do nothing but harm.’

Tens of thousands of staff are already being balloted by the RMT and ASLEF and strikes that could last several weeks look almost certain to begin as early as next month.

Its chief, Manuel Cortes, said: ‘The disruption will be unparalleled.

‘I don’t think we will have seen anything like it since the 1926 General Strike. That’s the last time the three unions came out together.

‘And we will coordinate our action. It’ll be a summer of discontent no doubt.

‘If it comes to it, I’ll have a strategy in place that causes the maximum possible disruption.’ 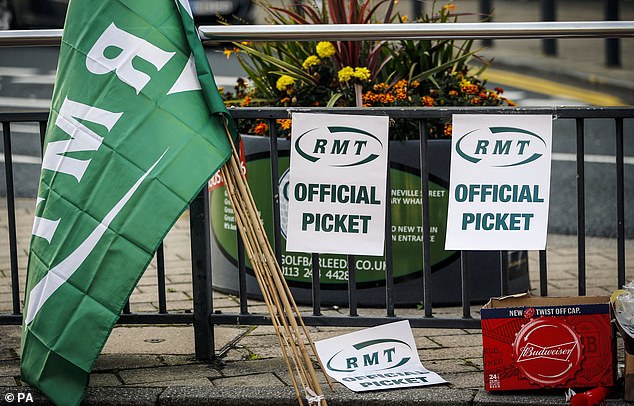 RMT union, which represents train guards and platform staff warned that planned staff cuts could lead to ‘a stronger likelihood of accidents and trains could very well fly off the tracks’

The union wants Network Rail to reverse plans to cut 2,500 jobs which it says are critical to safety.

It also wants train operating companies to give pay rises in line with inflation.

Mick Lynch, of the RMT union, which represents train guards and platform staff, said: ‘If our ballot for strike action is successful and Network Rail, the train operating companies and the Government all remain unreasonable, we will bring the railway network to a grinding halt.

‘Network Rail’s plans will mean a stronger likelihood of accidents and trains could very well fly off the tracks.’

Mick Whelan, of ASLEF, which represents 21,000 train divers, said his members had not had a pay rise in three years.

But transport minister Wendy Morton said: ‘Every day of industrial action would hit the sector harder and harder.

‘The slide into decline would gather momentum. Pay is high.

‘Over the last decade, the average salary of railway workers has increased beyond that of those in nursing, teaching, firefighting and policing.’

Tory MP Greg Smith, who sits on the Commons transport committee, said measures to outlaw national strikes by key workers should be considered.

London Underground was crippled by strikes in March.