Tributes are paid to ‘beloved’ father-of-two, 31, who died in crash with school bus which injured 17 children on Welsh country road

Tributes have been paid to a ‘beloved’ father-of-two who was ‘adored by everyone’ after he was killed in a collision with a school bus which injured 17 children.

Chris John, 31, died at the scene after his car crashed into the bus on the A478 near the village of Llandissilio in Pembrokeshire, west Wales, at around 8.30am on Monday.

Police, fire crews, ambulance personnel and an air ambulance helicopter were called to the scene following the crash on the A478.

Seventeen children on the bus suffered minor injuries, with two needing to be taken to hospital, following the incident.

The bus had been taking pupils to Ysgol y Preseli, a secondary school in the village of Crymych, when it was involved in the collision. 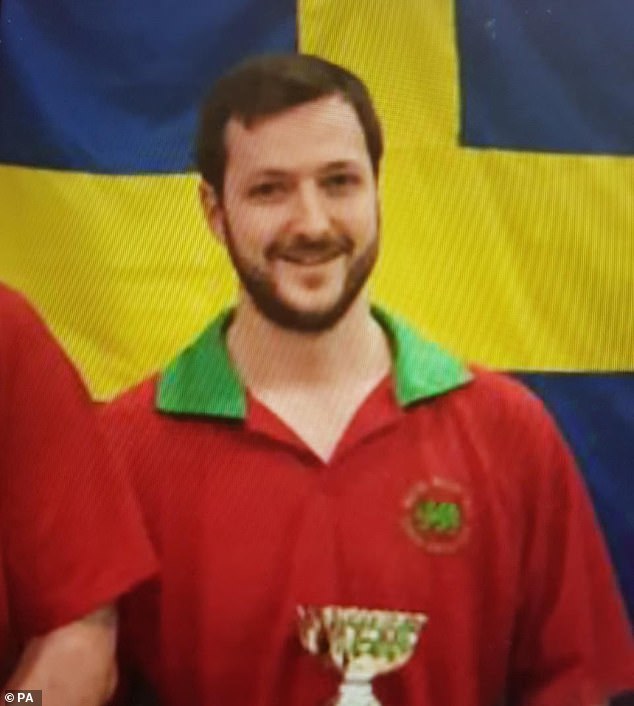 Tributes have been paid Chris John, 31, who died after his car crashed into a school bus on the A478 near the village of Llandissilio in Pembrokeshire, west Wales, at around 8.30am on Monday 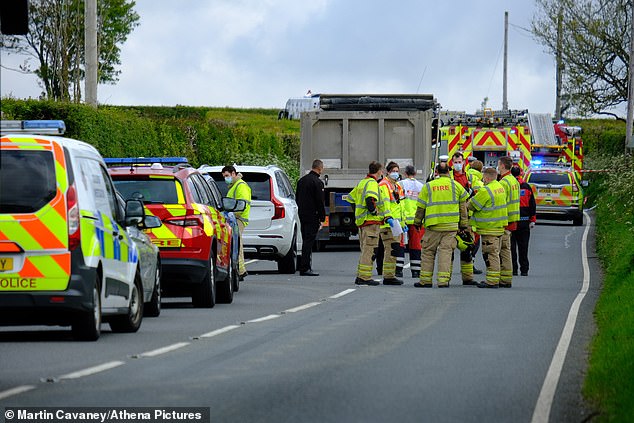 Mr John, who was from the nearby village of Clynderwen, west Wales, died at the scene.

In a statement, Mr John’s family said they had been left ‘devastated’ by the sudden loss of the father-of-two who was ‘adored by everyone’.

They said: ‘Our whole family has been left devastated by the sudden and tragic loss of Chris, a beloved father, husband, son and brother.

‘Chris adored and was adored by everyone whose lives he touched, especially his two young daughters.

‘While family was always his first passion, we are immensely proud of his sporting success, representing his country at short mat bowls alongside his father and younger brother.

‘Our family have been moved by the support of his and our many friends, both in Llanboidy where he grew up and his home of Clynderwen. We would now like time to grieve and would ask to be given privacy in which to do so.’ 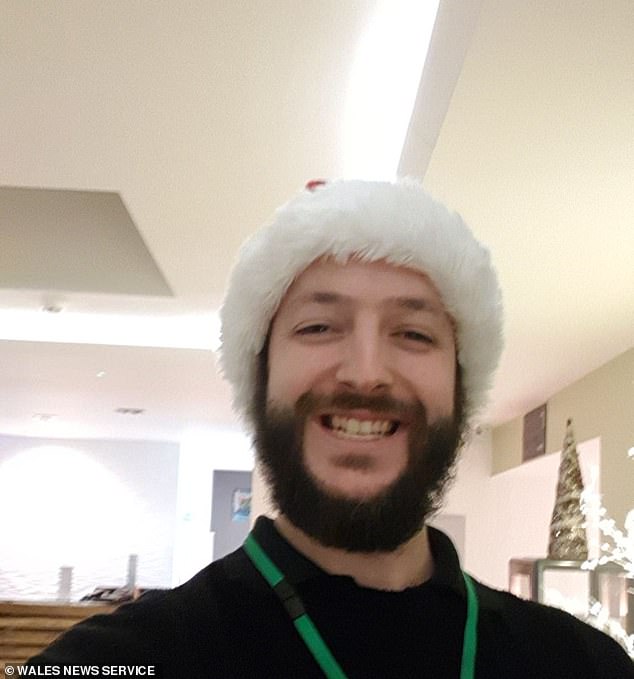 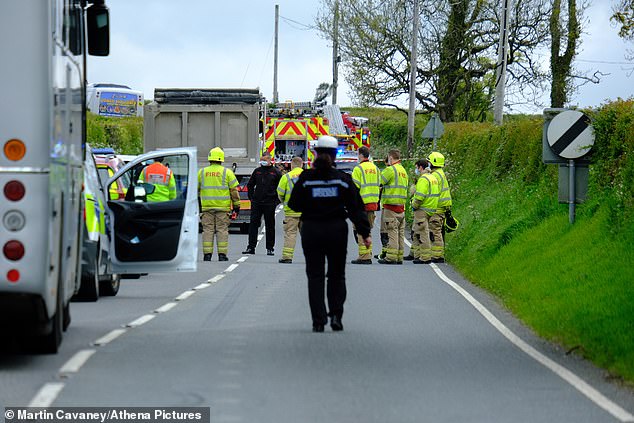 Dyfed-Powys Police said on Monday that ‘a number of children’ had been taken to hospital with ‘minor injuries’.

Following the crash yesterday a Welsh Ambulance Service spokesman said: ‘We were called at approximately 8.39am this morning to reports of a road traffic collision involving a bus and car near Efailwen.

‘We responded with four emergency ambulances, one rapid response vehicle and our emergency medical retrieval and transfer service in the Wales Air Ambulance.

‘Three patients were conveyed to hospital – two to Glangwili Hospital in Carmarthen and one to Withybush Hospital in Haverfordwest.’

‘Joint fire control received the first call at 8.40am today. The incident is currently ongoing.’

A Dyfed-Powys Police spokesman said: ‘We are at the scene of a serious collision on the A478 near Llandissilio in Pembrokeshire. 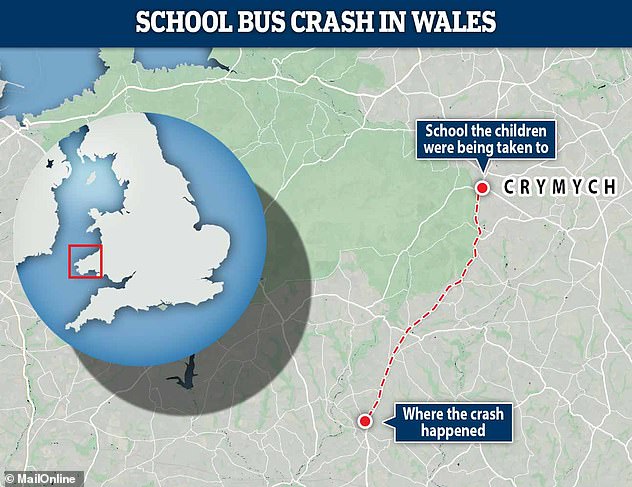 ‘The incident was reported to police at 8.35am, and the ambulance and fire services are also in attendance. The collision involved a motorcar and a bus carrying school children.

‘A number of children received minor injuries with two taken to hospital by ambulance with what are described as minor injuries. The road is currently closed and officers remain at the scene.’

And a spokesman for Pembrokeshire Council said: ‘The A478 in Pembrokeshire has been closed this morning following a serious collision involving a school bus and another vehicle.

‘The collision happened at around 8.30am as the bus was taking pupils to Ysgol y Preseli. Emergency services are at the scene and the road remains closed whilst the emergency services deal with the incident.

‘Parents and guardians of the young people travelling on the bus have been contacted to collect their children.’