A woman with cats has improvised a unique way of dealing with Australia’s wide range of creepy-crawlies.

In a video uploaded to social media, the cat owner is seen anxiously directing her two cats to attack a huntsman spider crawling around her kitchen.

Apparently scared for her life, the woman stands back after trying to use a fly swatter to kill the spider and watches as her feline ‘bodyguards’ team up to reel in the eight-legged terror. 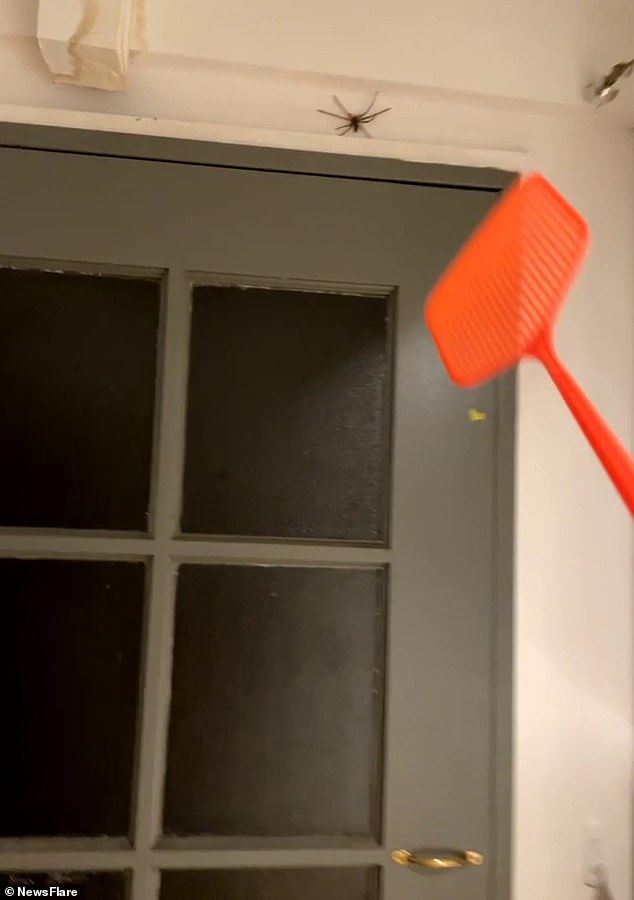 (Pictured: A scared woman attempts to use a fly swatter after spotting a Huntsman spider in her kitchen) 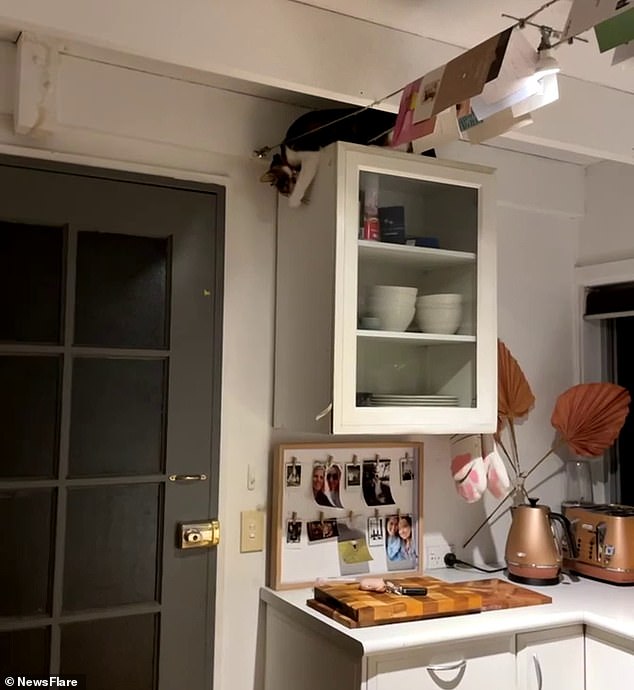 In a video, the woman can be heard anxiously directing her two cats to attack the huntsman in her kitchen (Pictured: Her cats trying to catch the Huntsman spider)

The posse of hunting cats was filmed by Gabi O’Sullivan in an only-in-Australia scenario.

‘So, a huntsman spider got into the house and my cats decided to catch it, play with it, and eat it … very typical in Australia,’ Gabi shared.

‘Another day, another snack for them.’ 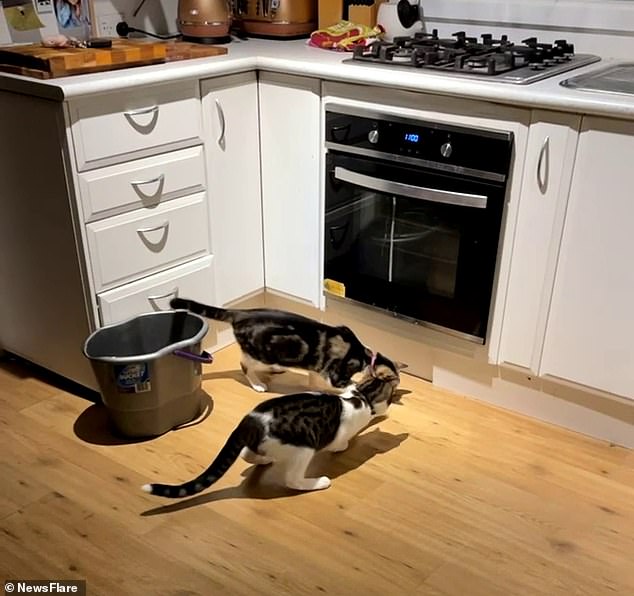 (Pictured: the woman stands back and watches as her ‘bodyguards’ team up to reel in the eight-legged creature)

Ms O’Sullivan’s cat saviours were revealed as a Sydney woman made an odd request on social media, offering to pay someone to catch huntsman spiders in her home and relocate them elsewhere.

The woman, who lives in Summer Hill in Sydney’s inner west, made the offer in a post to a Facebook group less than two weeks ago.

She said she has crossed several huntsman spiders in her house and, due to her fear of them, wants someone to catch and release them so she doesn’t have to kill them. 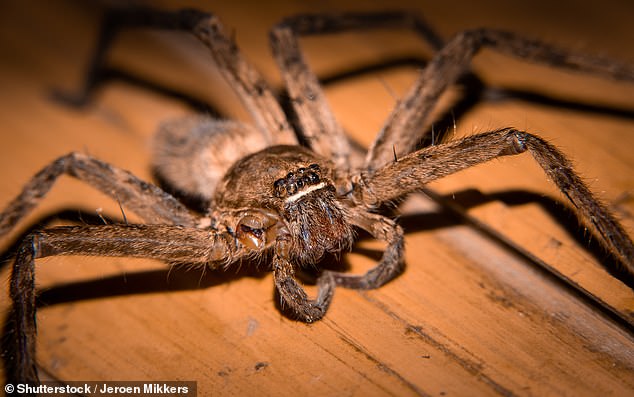 An Australian woman has made an odd request on social media, offering to pay someone to catch huntsman spiders in her home and release them outside (pictured, a close-up image of a huntsman spider)

‘Hi everyone, just wondering if you know anyone who can/doesn’t mind catching spiders in people’s houses to relocate as opposed to killing them?’ the inner west resident wrote.

The woman states she’s ‘terrified’ of the arachnids but acknowledged that they’re ‘generally harmless’ and wanted them removed safely so she didn’t have to continue killing them.

‘Is there a service that does this? Or any teens who’d like to get a bit of pocket money to do this?’ she asked.

‘Found another huntsman in my kitchen just now and of course I freaked out.’

‘He had run away and I’m now paranoid and on edge as to where he’ll pop up again so just thought I’d ask around,’ she added. 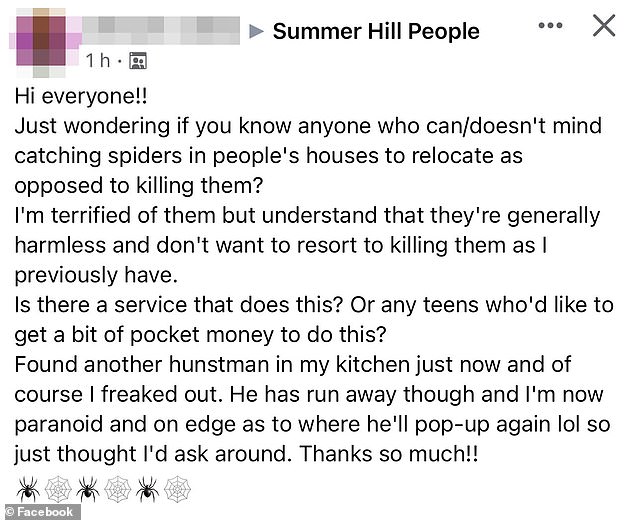 The woman, who resides in Summer Hill in Sydney’s inner west, made the offer in a post to a private Facebook group

They are commonly found living under loose bark on trees, in crevices on rock walls and in logs, under rocks and slabs of bark on the ground, and on foliage.

Many huntsman spiders have rather flattened bodies adapted for living in narrow spaces under loose bark or rock crevices. This is aided by their legs which, instead of bending vertically in relation to the body, have the joints twisted so that they spread out forwards and laterally in crab-like fashion.

Huntsman spiders of many species sometimes enter houses. They are also notorious for entering cars, and being found hiding behind sun visors or running across the dashboard.