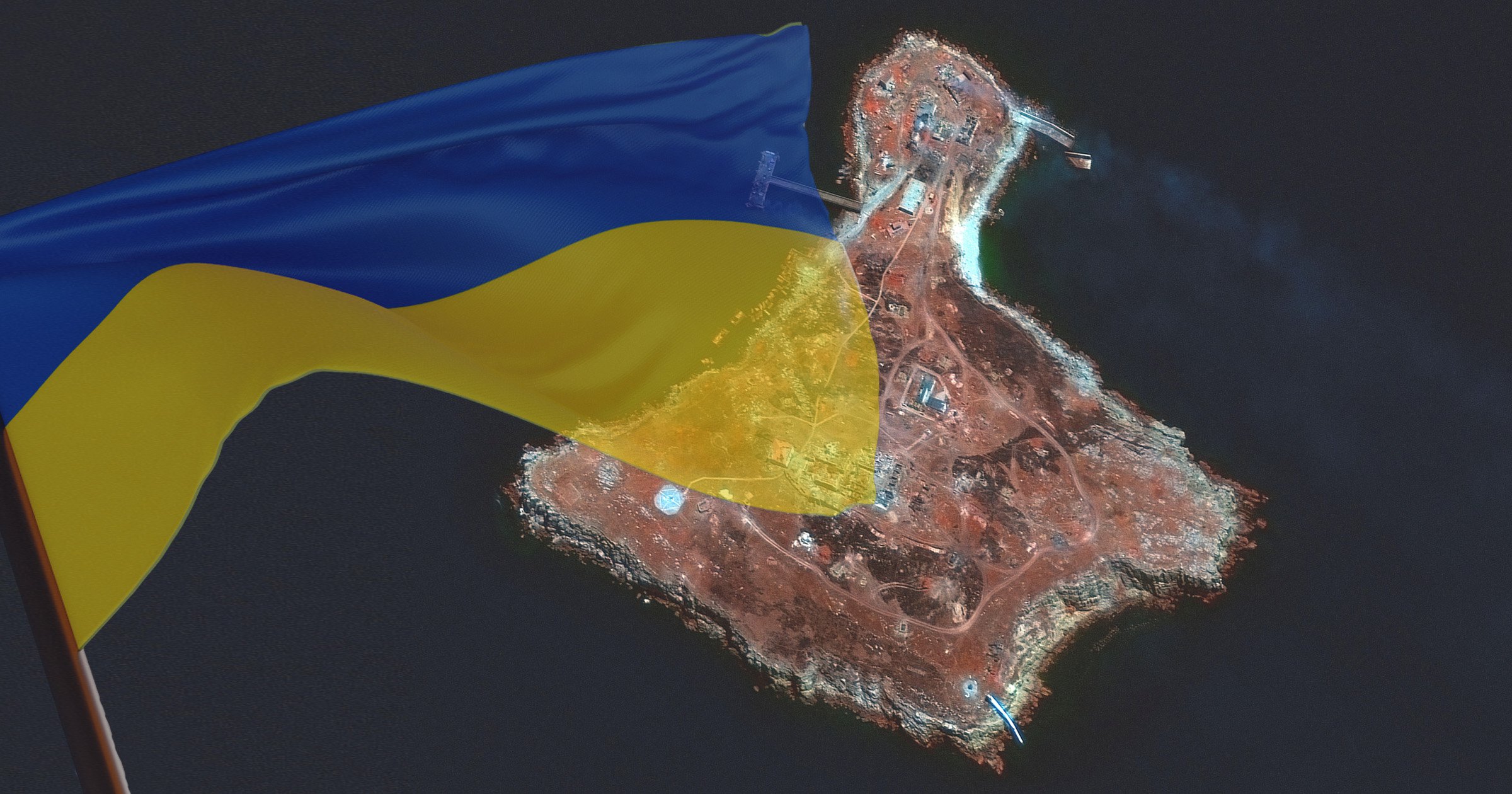 Ukraine claims it has taken back control of Snake Island after it was abandoned by Putin’s troops.

Snake Island, which Russia occupied on the first day of its invasion, achieved worldwide fame when its border guards rejected calls to surrender.

Footage showed the Ukrainian soldiers telling sailors aboard the Moskva warship to ‘go f**k yourself’ over a loudspeaker.

Despite their bravery, the invading forces soon captured the island.

But almost five months later last week, Russia said it was withdrawing from the Black Sea island as a ‘gesture of good will’.

The defence ministry claims it wanted to show Moscow is not interfering with UN efforts to export Ukrainian agricultural products.

But defence experts doubt this is the reason, as Kremlin fighters have suffered massive blows in the area in recent weeks.

Since its capture, the 100-acre island has become a prized strategic position for both sides, as it sits around 80 miles off Ukraine’s southern coast.

This is why Kyiv has stepped up its efforts to win the land back, pummelling it with airstrikes.

Either way, Ukraine’s southern military command now says the island is back in its hands.

Spokesperson Natalia Humeniuk said: ‘The military operation has been concluded, and the territory (Snake Island) has been returned to the jurisdiction of Ukraine.’

Russian blockades of Ukrainian ports are currently making it almost impossible to export grain to the rest of the world.

Some are hoping the loss of Snake Island will loosen Russia’s grip on the coast and allow exports to resume.