Ukraine’s first lady Olena Zelenska has said her relationship with her husband is ‘on pause’ amid the ongoing conflict with Russia and that the pair are ‘waiting to be reunited’ with their children.

Zelenska revealed yesterday she is unable to see her husband, President Volodymyr Zelensky, for long periods and said it was ‘not normal’ that their kids could only speak to their father on the phone.

The pair refused to leave Ukraine when Russian troops stomped across the border on February 24 and have instead remained in Kyiv to lead an exceptional war effort, winning plaudits worldwide for their resolute defiance of Russian despot Vladimir Putin.

But it means they are only permitted to see each other intermittently for short periods to ensure security.

‘This isn’t normal. It’s not a normal relationship when children cannot see their father and have to talk to him on the phone. So our relationship is on pause just as it is for all Ukrainians,’ she told CNN’s Christiane Amanpour in an interview aired yesterday.

‘We… are waiting to be reunited, to be together again, to spend evenings together, to talk to the children about their things.’ 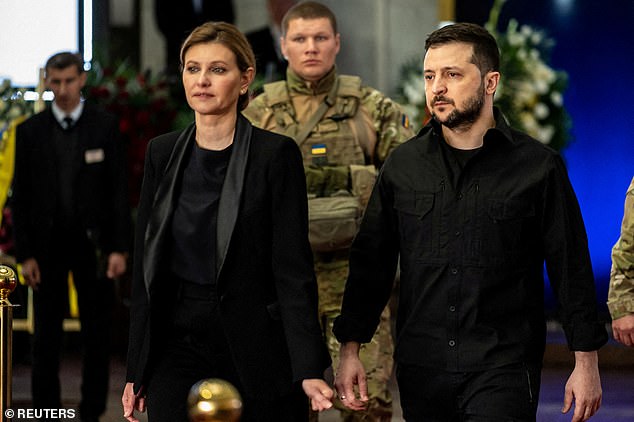 Zelenska revealed yesterday she is unable to see her husband, President Volodymyr Zelensky, for long periods and said it was ‘not normal’ that their kids could only speak to their father on the phone (the pair are pictured in Kyiv, May 2022) 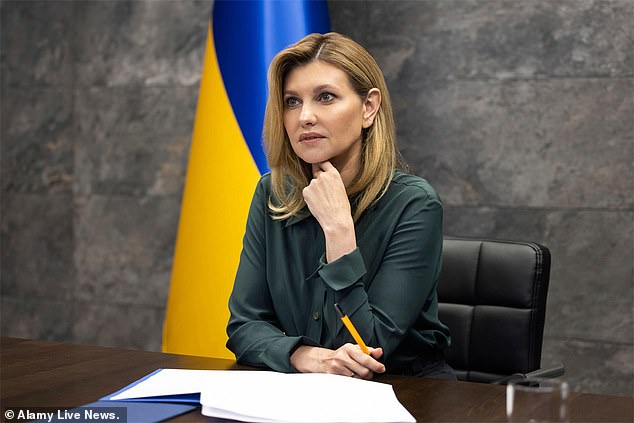 ‘This isn’t normal. It’s not a normal relationship when children cannot see their father and have to talk to him on the phone. So our relationship is on pause just as it is for all Ukrainians,’ Zelenska said yesterday 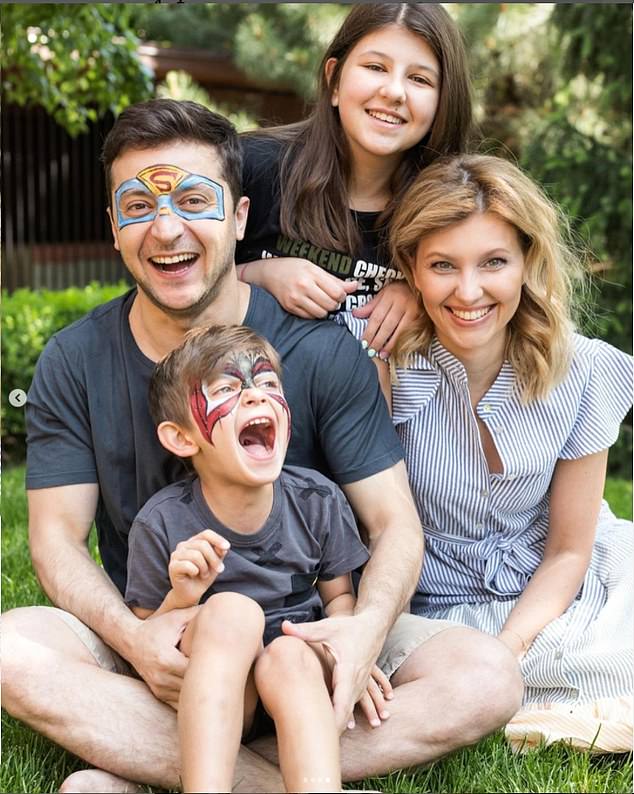 Zelenska said it was ‘not normal’ for her kids to be unable to see their father, President Volodymyr Zelensky, and only speak to him on the phone

The pair were unable to see each other for the first two months of the war as Russian forces were bearing down on Kyiv and Ukrainian’s armed forces were engaged in bitter fighting to repel them from the capital’s suburbs.

The president remained in his office in Kyiv surrounded by his deputies and security advisers to lead the war effort, while Zelenska and their children Oleksandra, 17, and Kyrylo, nine, where whisked away to an unknown location.

Once Putin’s troops retreated from Kyiv and the bulk of the intense fighting was rekindled in the eastern Donbas region following a Russian retreat from the capital, the couple were reunited for a brief time.

They are still unable to see each other regularly, ‘but at least I can physically feel him next to me’, Zelenska told CNN.

In a previous interview with Good Morning America, Zelenska opened up about the pair’s forced separation when the invasion began and discussed her husband’s impressive character in the face of war.

‘We say goodbye to each other the very first day. And over the next two months, we only had a chance to speak via the phone. I’m really proud of the fact that the world has uncovered the true identity of my husband,’ Zelenska said.

Zelenska, 44, added that while it was easier to explain to her 17-year-old daughter what is going on in the country, her nine-year-old son questioned where his father was.

‘I believe that the children clearly realised everything from the very first moment,’ she said.

‘My son, well, he tried to keep himself brave enough and courageous. He kept asking about dad, about what he’s doing for the sake of defending the country.’ 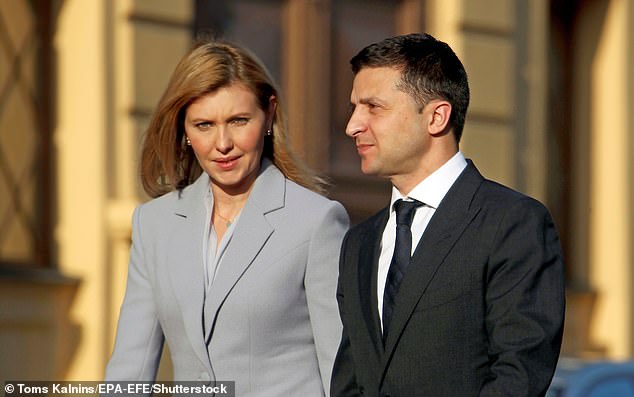 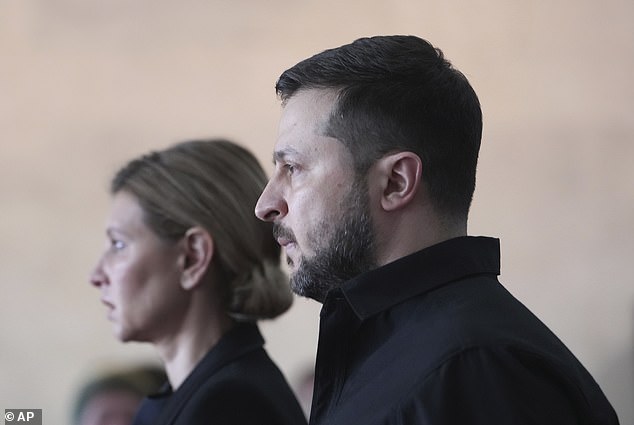 ‘[My son] is a growing up politologist, he knows everything, he gives us military advice, and to his father as well… What tanks, planes, helicopters we need to buy, what we are lacking.

The Ukrainian President and first lady have been married for almost two decades.

They grew up in the same town, Kryvyi Rih, but did not become acquainted until adulthood, when a mutual love of comedy led Zelenska to join Zelensky’s television entertainment production company, Studio Kvartal 95, as a comedy writer.

They married in 2003 and went on to have two children. 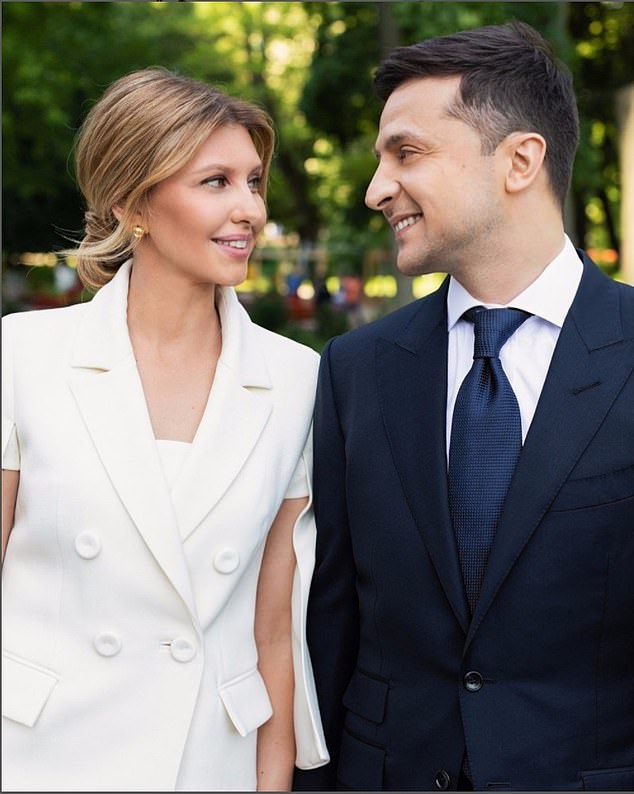 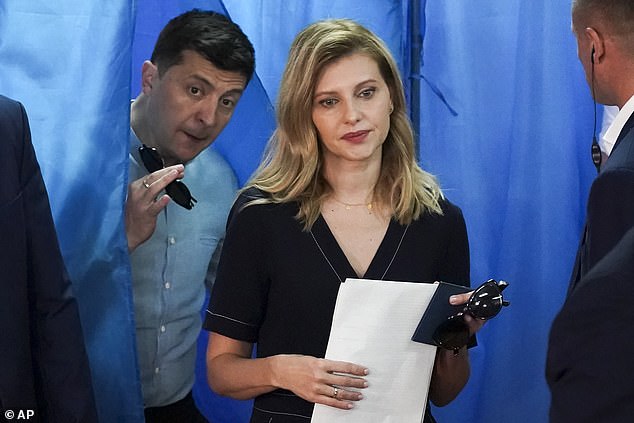 Olena Zelenska, says that the war has not changed her husband, but only revealed his qualities, including a determination to prevail, to the world

Ukraine is reeling this week from a fresh round of Russian missile attacks on civilian centres.

Eight missiles struck targets in Mykolaiv, a southern river port just off the Black Sea, its mayor said today, just days after Ukraine said Russian missiles killed at least 18 people at a shopping centre in the central town of Kremenchuk.

More than 20 people are still missing as a result of the hit on the crowded retail destination and are thought to have died after being caught in the inferno which ensued or getting trapped under the rubble.

Meanwhile, President Joe Biden announced today at a NATO summit in Madrid that the United States will create a new permanent army headquarters in Poland and deploy additional land, air and sea forces across the length and breadth of Europe in response to the increased security threat from Russia amid its invasion of Ukraine.

The international security alliance has formally invited Sweden and Finland to join it in one of the biggest shifts in European security in decades after Turkey lifted its veto.

The expansion of NATO into the Nordic territories and the introduction of a reinforced US military presence across Europe are in direct contravention of security demands made by Moscow prior to its invasion of its neighbour.