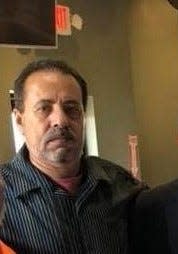 For many Muslims, visiting Saudi Arabia for religious pilgrimages is an important part of their spiritual life.

But for a metro Detroit father, his journey of faith for the Islamic pilgrimage known as Umrah, which he made with his two sons, has turned into a nightmare; he’s been imprisoned for more than a month.

Mohamad Salem, 63, of Melvindale, was arrested Nov. 1 by law enforcement in Saudi Arabia after he spoke out in anger to undercover police about burning down the country over a dispute with security officers who had separated him from his sons, his attorney Abdallah Moughni said.

Born in Yemen, Salem is a U.S. citizen who suffers from post-traumatic stress disorder and diabetes, according to an official and Moughni. He’s being portrayed by a backer of Saudi rulers as a Yemeni terrorist, a claim Moughni said is a lie.

His family in Michigan is worried for his future given Saudi Arabia’s recent history of human rights abuses, Moughni said. He doesn’t know if and when he may have a court date or hearing.

The detention of the Michigan man comes as the Biden administration is trying to repair relations with Saudi Arabia, supporting immunity for Crown Prince Mohammed bin Salman last month in a lawsuit over the 2018 murder of journalist Jamal Khashoggi by a group of Saudi men alleged to have ties to the prince.

“We’ve been sort of in the dark,” Moughni said. “We don’t know who to reach out to. … We genuinely don’t know what’s happened to him.”

After being jailed, Salem was later transferred to Dhahban Central Prison, a maximum security center that has drawn criticism over the years for abusing detained political activists. State Department officials said they are working to gather more information on his status and are in touch with Saudi officials about him, according to an email sent Wednesday from the U.S. Consulate General’s office in Jeddah, Saudi Arabia, to an aide for U.S. Sen. Gary Peters, D-Mich. The email said Saudi authorities have told consular officials that the case is still being investigated. The highest-ranking American diplomat in Saudi Arabia recently mentioned the case at a meeting, the email said.

On Nov. 28, “our Chargé d’affaires Martina Strong raised Mr. Salem’s case at a high-level … meeting and we continue to advocate on his behalf,” a U.S. official wrote in the Wednesday email to Peters’ aide. “Please note that this is a priority for us here in Jeddah as well as for colleagues across the Mission in Riyadh and (we) are working tirelessly for both speedy resolution and consular access.”

The U.S. official said Salem’s family has been put in touch with a local attorney in Saudi Arabia.

“We have followed up with Saudi authorities on requests for additional information and are now awaiting a response,” the official added in the email. “We have been informed that his case is still undergoing investigation.”

Moughni said the sons are finding it hard to find an attorney in Saudi Arabia to represent their father.

A spokesman for Peters, Sean Sibley, did not comment on Salem’s case.

U.S. Rep. Rashida Tlaib, D-Detroit, who represents the district where Salem lives, expressed concern about him and is working on his case.

“It’s deeply concerning that a trip between Mr. Salem and his sons to one of the most holiest sites has turned into a nightmare,” Tlaib said Friday in a statement to the Detroit Free Press, part of the USA TODAY Network. “Mr. Salem’s family has faced many sleepless nights and are growing more worried each day about his well-being and safety. Their father is disabled and suffers from PTSD, he needs to be home as soon as possible.

“I am working closely with the State Department and I urge the Saudi Arabian Government to take into account his illness and release him to his family in the United States.”

A State Department spokesperson told the Free Press in a statement that they know about the arrest of Salem, but didn’t comment specifically on his status.

“We are aware of the arrest of a U.S. citizen in Saudi Arabia,” the department spokesperson said. “The U.S. Department of State and our embassies and consulates abroad have no greater priority than the safety and security of U.S. citizens overseas. When a U.S. citizen is detained overseas, the Department works to provide all appropriate assistance.”

Salem, a father of 10 children, is a retired seaman who once worked on ships, Moughni said.

In October, he and two of his sons went to Saudi Arabia for Umrah, which includes a circling round the Kaaba, a sacred structure within the Great Mosque of Mecca that’s a holy site for Muslims. Umrah is known as the lesser of two pilgrimages that Muslims make; the other is known as hajj, which is required for those with means and must be done at a certain time of the year.

Here’s what took place on Nov. 1, according to Salem’s attorney and family members:

The three metro Detroiters were leaving a complex, the two sons leading and Salem behind them.

“The security guards were pulling people out of line, breaking them apart,” Moughni said.

When Salem entered a line, security officers told him to back off and go to another line.

Salem was confused and “didn’t think it made any sense to separate him from his boys, in a very large complex,” Moughni said. 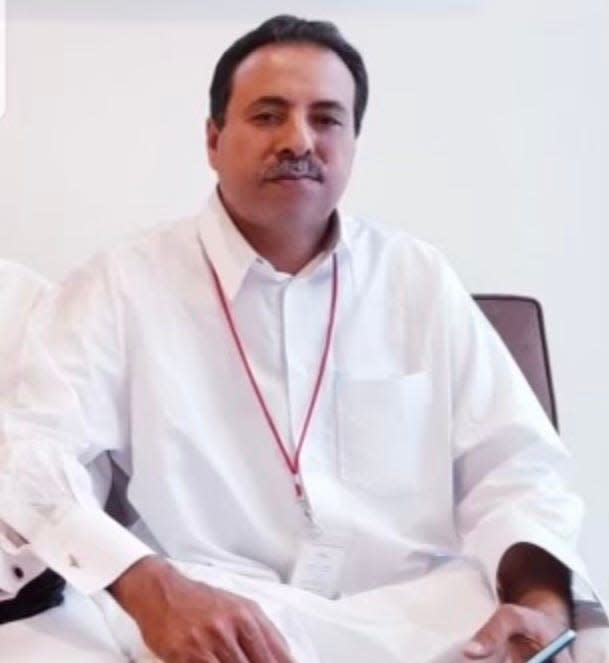 “This frustrated him and he got into an argument with him, but he was eventually forced to leave,” Moughni said.

Then two people approached Salem, told him they were from Libya and asked him what had happened. They were dressed in clothing that made them seem like visiting pilgrims, but, unknown to Salem, they were actually undercover police or security agents.

“At this point, Mohamad was livid,” Moughni said. “He just let it out. He said something that he probably shouldn’t have. And he said that if it were not for Mecca and Medina, we would burn this country to the ground. Mohamad was arrested. He was put in a general facility at first.”

Salem takes some medication for his diabetes. He was initially unable to get the medicine while in custody, but was later able to access it, Moughni said.

Officials in the media offices of Saudi Arabia and the Saudi Embassy in the U.S. did not return emails from the Free Press seeking comment.

A tweet on Nov. 14 by an account with about 94,000 followers that supports the rulers of Saudi Arabia appeared to reference the case of Salem, saying that two Saudi soldiers successfully carried out a secret operation arresting a Yemeni man who planned terrorist acts in Mecca. The tweet said the man is in custody.

Moughni said the claims in the tweet are “outrageous.”

“They’re painting this as if they had this 63-year-old diabetic man who came into the country trying to commit a terrorist act, and they thwarted it,” Moughni said. “That’s not the case at all. The man was just frustrated. He was angry. He spoke out of turn and said something that was insulting to the government, and now he’s paying the price for it, the utmost price.”

“Since (Crown Prince) MBS became the de facto ruler of Saudi Arabia in 2017, citizens have experienced the worst period of repression in their modern history,” Human Rights Watch said in a July report.

But supporters of Saudi Arabia say the nation is becoming more modern and has ended its support for extremist views and groups.

Adding to the family’s concerns is the fact that Salem is of Yemeni descent. Saudi Arabia has been locked in a war with parts of Yemen, accused by human rights groups of supporting at times lethal attacks on civilians. Salem is Sunni, but has roots in an area of Yemen under Houthi control; Saudi Arabia is often in conflict with Houthi groups, who are largely Shia.

Family members of Salem didn’t want to speak to the Free Press out of fear they could be blacklisted or imprisoned if they visit Saudi Arabia or other Gulf nations, Moughni said.

Moughni said the imprisonment of Salem is part of a pattern of Americans being detained abroad who are unable regain their freedom even in cases where they are publicized, such as basketball player Brittney Griner and Michigander Paul Whelan, both detained in Russia. Last month, another U.S. citizen, Carly Morris, was detained in Saudi Arabia after she complained on Twitter about how women and children are treated when visiting the country. She was later released. In October, the family of Saad Ibrahim Almadi, a U.S. citizen in Florida visiting Saudi Arabia, said he was arrested, tortured and sentenced to 16 years in prison for tweets he posted earlier criticizing the Saudi government, the Associated Press reported.

“This has been something that’s been reoccurring for a while now,” Moughni said. “It seems like none of these countries, whether they’re our allies or enemies, truly respect America’s power. … There’s no retaliation. There is no action. There are no steps taken to bring them back. … It’s heartbreaking. It should mean something to be an American citizen. But the way that it’s starting to become — with Paul Whelan and Brittney Griner and Mohamad Salem and all these other citizens who have been imprisoned by these foreign governments — being an American citizen doesn’t mean as much as it used to.”