Follow
Home » Lifestyle » Why ARE the working classes left behind by the BBC in diversity drive?

CHRISTOPHER STEVENS: Why ARE the working classes the one group left behind by the BBC in its obsessive drive for diversity?

Diversity! Like a conjuror’s magic word, it’s the ‘abracadabra’ that opens all doors at the BBC. Every show must deliver diversity, meaning an all-encompassing range of races, body types and genders.

The rule applies to every genre, from documentaries to sitcoms.

BBC executives have unwritten quotas to fill, ensuring that gay couples, trans people, immigrants (especially from Europe) and those with physical disabilities are prominently featured.

In particular, anything with ‘Great British’ in the title must include French, German or Italian contestants — emphasising the belief that, as far as Auntie is concerned, Brexit never happened.

All political opinions are welcomed, with the proviso that a middle-class, Leftie, Remainer worldview is the only respectable one.

Comedy panel games take a tick-box approach to casting. One regional accent, one lesbian, one member of an ethnic minority, with a token Oxbridge white chap. 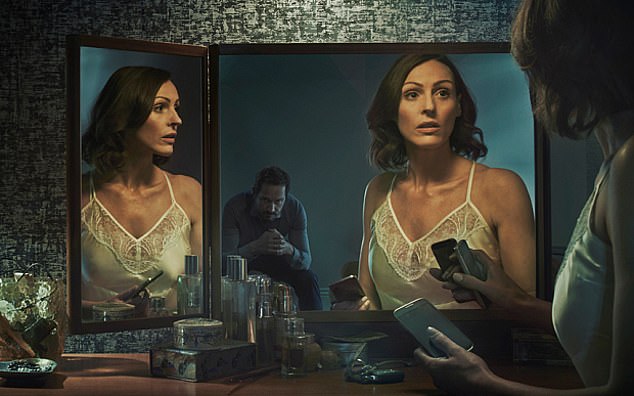 As the media regulator Ofcom pointed out last week, BBC diversity is ignoring one crucial group: the ordinary British working-class family. Family thrillers all follow the template of Doctor Foster, in which Suranne Jones spent her evenings plotting revenge against her unfaithful husband, while pouring generous glasses of Pinot Noir from her 7ft-high, American-style fridge

Almost every minority is represented, except for the genuinely funny comedian.

But as the media regulator Ofcom pointed out last week, BBC diversity is ignoring one crucial group: the ordinary British working-class family.

No one watching the Corporation’s output could imagine that, according to census data, 39 per cent of Britain’s population is working class — or, in the language of the BBC, from ‘a lower socioeconomic group’.

I’m not suggesting that working-class viewers are only drawn to programmes featuring working-class characters. After all, a wide variety of genres — from period drama to David Attenborough’s nature series —have a broad appeal.

But any viewer from another country, tuning into BBC dramas, must assume that we all live in marvellous open-plan houses, with bifold doors opening on to well-tended gardens.

Family thrillers all follow the template of Doctor Foster, in which Suranne Jones spent her evenings plotting revenge against her unfaithful husband, while pouring generous glasses of Pinot Noir from her 7ft-high, American-style fridge.

Then she confronted him across the marble-topped kitchen island before throwing the keys of his BMW at his head and dashing off to her high-powered job running a GP surgery.

Equally glamorous and well-off are the warring couples in The Split, starring Nicola Walker and Annabel Scholey as sisters running a legal firm — with the help of an unlimited budget for babysitters and designer suits.

Crime dramas are no different. There’s always a house designed by architects, with voice-activated lighting and a glass staircase where someone will suffer a baffling fall. Sometimes, as in The Replacement starring Morven Christie, the heroine herself is the architect. Well, there’s a twist.

When we do see working-class families outside soap operas, it is usually on patronising lifestyle shows such as Eat Well For Less… inviting viewers to purse their lips as Gregg Wallace pokes through kitchen cupboards and discovers bumper-sized bags of crisps.

Diversity is always on show. The Pact starred Rakie Ayola as Christine, the matriarch of a black British family riven by secrets. Ayola’s character was a social worker and a single mother, who lived in a mansion.

With its brass bedstead, walls of bookcases and mirrored oak wardrobes, it looked as though she had inherited her sprawling country house from a Victorian clergyman. But what social worker could afford such a home without a Lottery win? Many BBC executives would never stop to wonder such a thing, because they live within a tightly restricted and exclusive circle of wealth.

Perhaps that’s why there’s an instinctive drift towards the well-connected — such as omnipresent Claudia Winkleman, daughter of a Fleet Street editor, hosting The Traitors all this week. 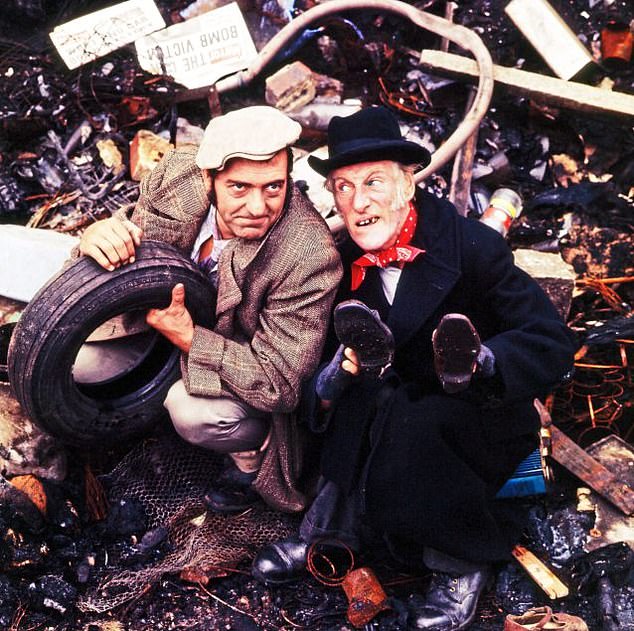 Within ten years, the duo had created the most class-conscious sitcom of all time, Steptoe And Son. That inspired other outstanding sitcoms, including Till Death Us Do Part and, a decade later, Only Fools And Horses. The characters were defiantly working class, monstrously flawed and completely believable

Tonight on BBC2, Amol Rajan presents the first of a two-part documentary, How To Crack The Class Ceiling, looking at the obstacles faced by working-class people trying to break into elite professions such as law and banking.

But Amol fails to mention how much easier it appears to be for the children of affluent and well-connected families to land jobs at the Beeb.

Cara Delevingne, presenting a recent BBC Three series on female sexuality, Planet Sex, is posher than the average lady-in-waiting and the goddaughter of Joan Collins. It always helps to know the right people. This attitude is not confined to the BBC, of course. It’s prevalent in the upper echelons of the Civil Service and the arts, too.

A publisher once asked me, with dawning discomfort when I mentioned I went to a state grammar school: ‘Chris, you’re not working-class-made-good, are you?’

That awkward condescension radiates from BBC schedules, and working-class viewers are turning off as a result. As Ofcom puts it, they are ‘less satisfied’ and ‘less engaged’. In other words, they’re not watching.

Only half of working-class households gave the Beeb’s shows a ‘positive overall rating’, compared to 64 per cent of better-off people. Those in the poorest economic groups — a full quarter of the population — gave the BBC consistently lower approval ratings than anyone else.

They pay the same licence fee, of course. The unfairness is manifest; yet for what to do about it, the BBC hasn’t the foggiest.

They’d like to change but, being the BBC, there’s no chance of an innovative solution. The analysts on the top floor understand only one method, and that’s to reduce everything to numbers.

So, earlier this year, the BBC announced its intention that by 2028, a quarter of its workforce (which currently stands at 20,300 employees) would be from ‘a lower socioeconomic background’.

This is, in many ways, a noble ambition — but there is a great danger that it will breed a recruitment policy whose motto is ‘ Never mind the talent, feel the deprivation’. That’s the way to make better television, apparently.

As things stand, only a fifth of people at the Beeb regard their parents as working class — half the national average. And while just seven per cent of UK pupils attend a fee-paying school, 17.5 per cent of senior BBC employees were privately educated.

This was not always the way. After the war, real social mobility meant the doors were open to people of all backgrounds. Those geniuses of sitcom, Ray Galton and Alan Simpson — one the son of a bus conductor, the other the son of a milkman — got their first break when they were invited along to a script conference to contribute gags for a failing sketch show, featuring Tony Hancock.

No one asked Ray and Alan which university they attended… which was handy, as they’d both spent their teens in a tuberculosis sanatorium.

Within ten years, the duo had created the most class-conscious sitcom of all time, Steptoe And Son. That inspired other outstanding sitcoms, including Till Death Us Do Part and, a decade later, Only Fools And Horses. The characters were defiantly working class, monstrously flawed and completely believable.

Today, only one BBC sitcom comes close to portraying real working lives: Two Doors Down, set on a suburban Glasgow estate where the neighbours are forever nipping round to impose on retired couple Eric and Beth Baird (Alex Norton and Arabella Weir).

The Bairds are just that wee bit more middle class, if you like — and their neighbours don’t hesitate to take advantage, by drinking their whisky and making outrageous criticisms. The absence of political correctness is breath-taking, though never offensive.

It must be the BBC’s most under-rated show — and one that many execs in New Broadcasting House are unlikely to acknowledge.

Perhaps, in their North London enclave, they can’t imagine a world where people simply drop in next-door… Unless they’re having a Tuscan-themed dinner party, of course.