The footage shows a man, who has since been dubbed ‘Raving Rishi’, cutting shapes at a sunny party surrounded by hundreds of party-goers.

The doppelganger is shirtless, wearing black sunglasses, Versace shorts and a shiny watch while clutching one of the venue’s trademark orange cups.

Observers have joked that the lookalike’s dancing was akin to the Chancellor’s celebrations amid growing pressure on Prime Minister Boris Johnson over the ‘Partygate’ scandal.

It is unclear when the video was taken or the identity of Mr Sunak’s lookalike, but the footage appears to have been taken at Mr Lineker’s O Beach Ibiza club on the Spanish party island.

It comes after a YouGov poll earlier this month found that 46 per cent of Conservative members felt Mr Sunak would win more seats at the next election than Mr Johnson. 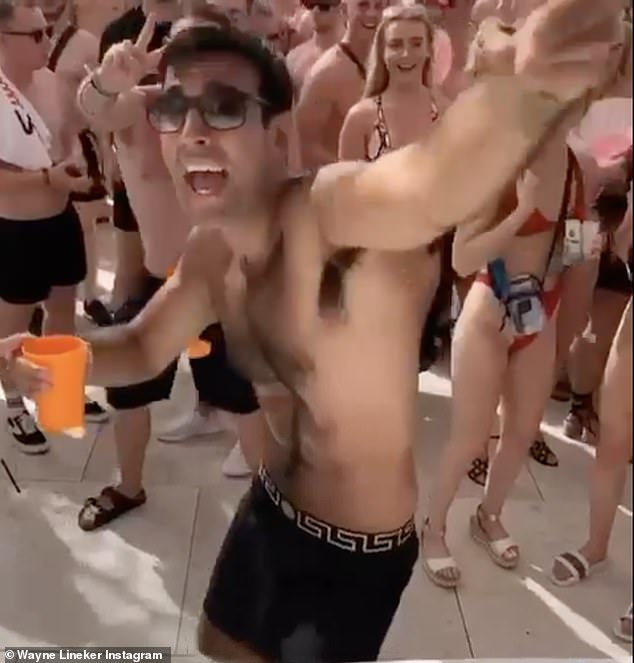 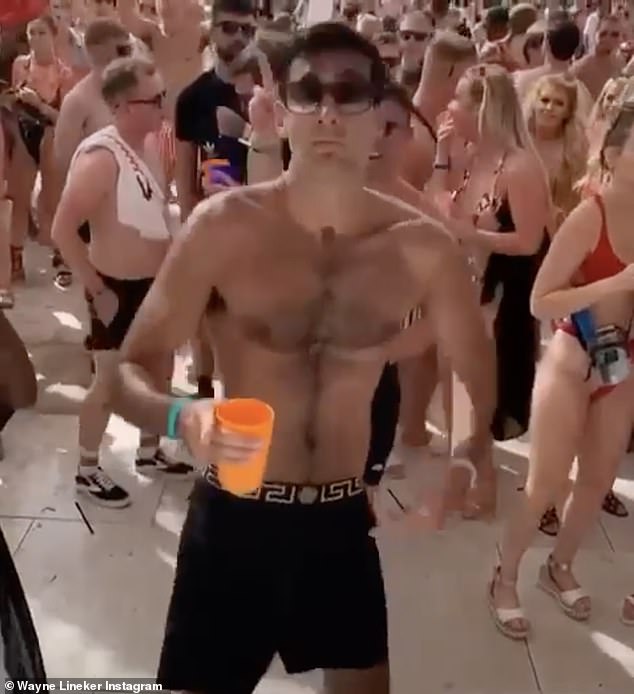 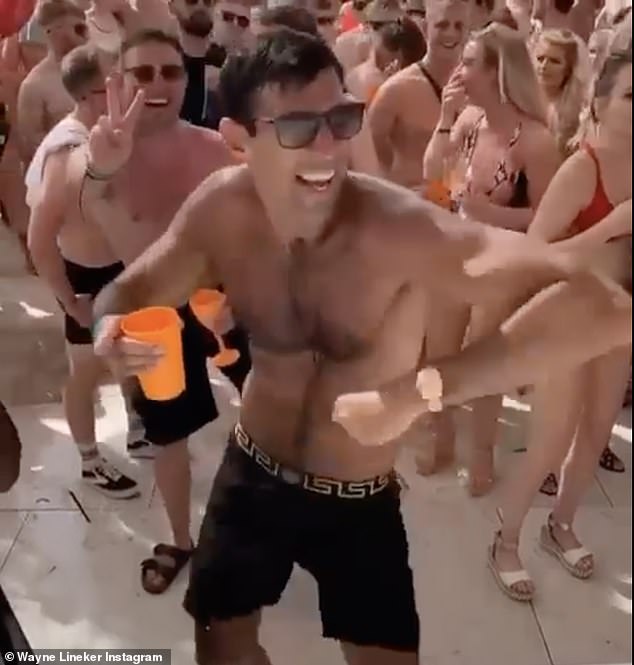 The lookalike was shirtless and wearing black shades, Versace shorts and a shiny watch while dancing 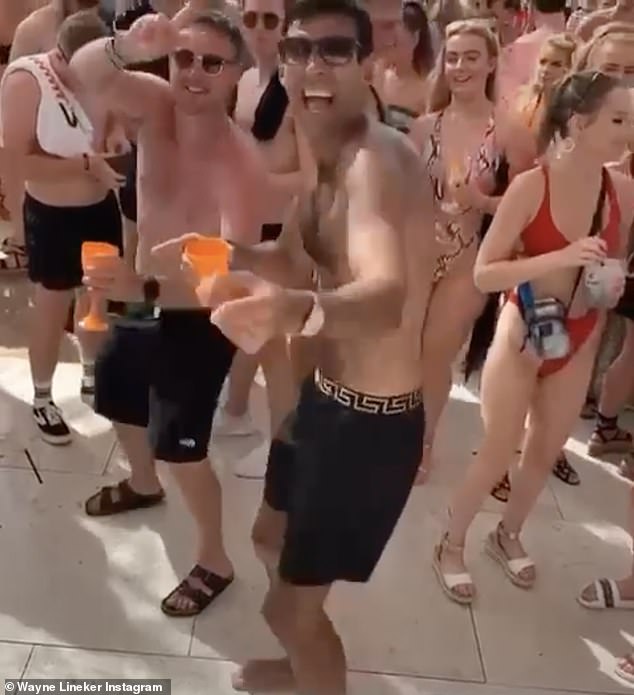 The man has not been identified or named, nor is it known when the footage at the club was taken 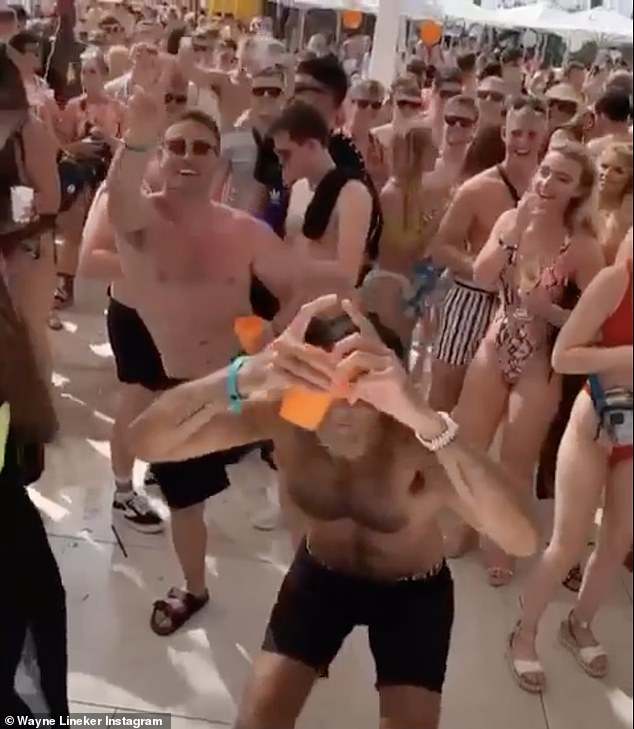 ‘Raving Rishi’ was caught on video dancing, smiling and pointing towards a camera among a large crowd of dancing revellers 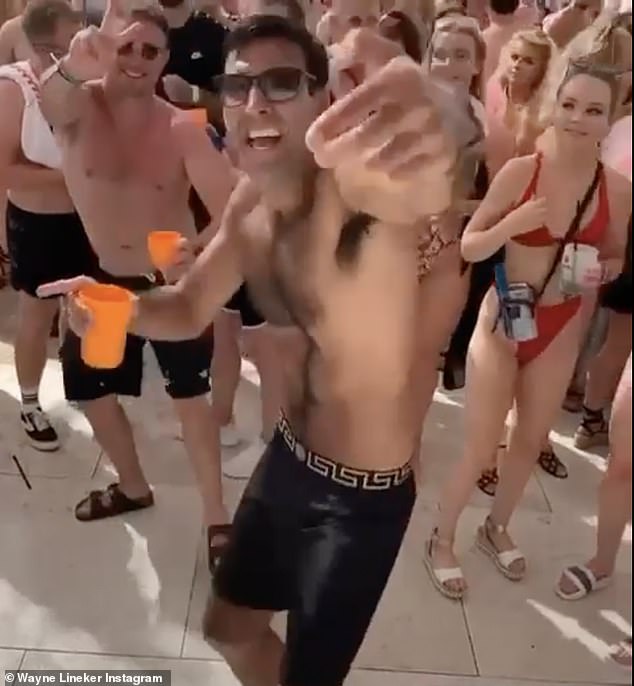 The footage has set social media on fire, with users saying the dancing is akin to Mr Sunak celebrating the growing pressure on Prime Minister Boris Johnson 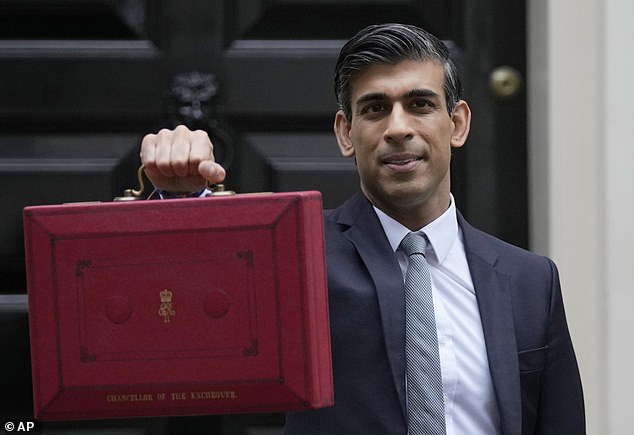 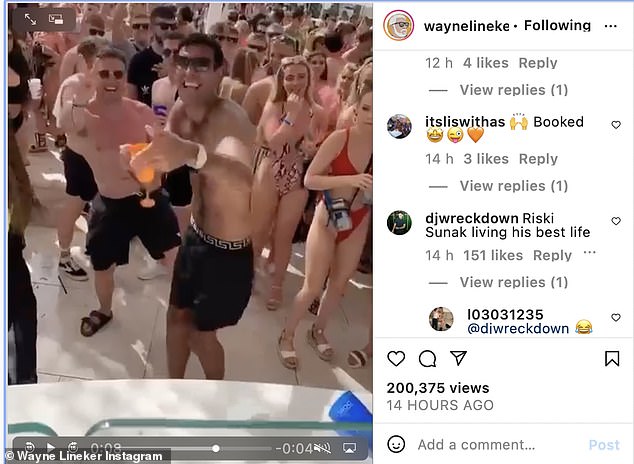 Despite the video, though, the Chancellor is teetotal.

Revellers have poked fun at the footage on Twitter, with one quipping: ‘Rishi when Boris gets fired.’

Wayne Lineker, brother of Match of the Day presenter Gary, posted the clip in reaction to news that clubs in Ibiza will be able to open in April.

He said on Friday: ‘This is crazy right now. It’s literally going mad.

‘I’m nervous what’s gonna happen on the morning of January 31 when bed bookings open and events are announced for O Beach Ibiza. I told you “this will be the summer of our lives”.’

Mr Sunak has not been implicated in any of the alleged rule-breaking parties at Downing Street. 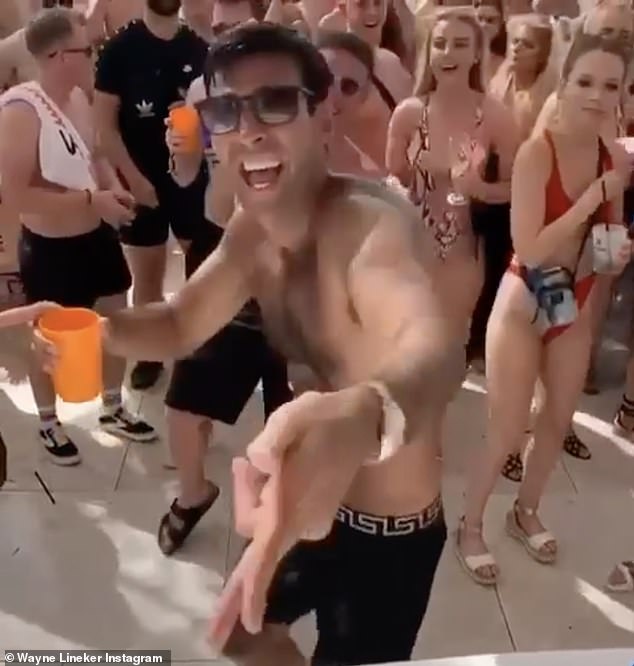 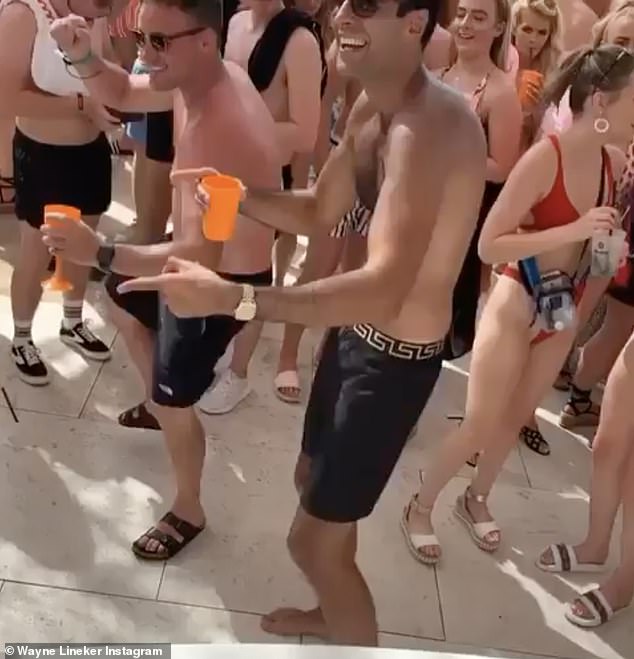 Social media users have poked fun at the clip, saying it is akin to Mr Sunak’s celebrations amid growing pressure on Mr Johnson over Partygate

Senior civil servant Sue Gray is investigating the controversial events and is expected to publish her findings this week.

It comes as Downing Street police gave ‘extremely damning’ evidence to Ms Gray, while former No10 aide Dominic Cummings is due to meet her today.

Officers from the Scotland Yard’s Parliamentary and Diplomatic Protection Command, who were guarding No10, are said to have been ‘only too willing’ to provide accounts to the investigation.