‘Fishing? You disgust me!’ Vile moment animal rights activist launches foul-mouthed tirade at woman she saw fishing by a lake who she says ‘should be drowned’

A foul-mouthed animal rights activist was caught on camera viciously berating a woman for fishing – branding her a ‘vile b*tch who should be drowned’.

Elsa Joan had spent a day fishing on January 8 at Brooklands Lake in her hometown of Dartford, Kent, and had set up a tripod to capture her freshly-caught carp on camera just before dark.

However, the 24-year-old was in for a ‘pure shock’ when an enraged woman proceeded to verbally attack her for almost two minutes to return her catch to the water – failing to realise that Elsa would do anyway as it was a fishery.

The unexpecting fishing enthusiast caught the entire rant on camera, with footage showing the irate stranger hurling slurs such as ‘you vile b*tch’, and ‘you’re a f**king w****’ as Elsa tries to reign in her temper. 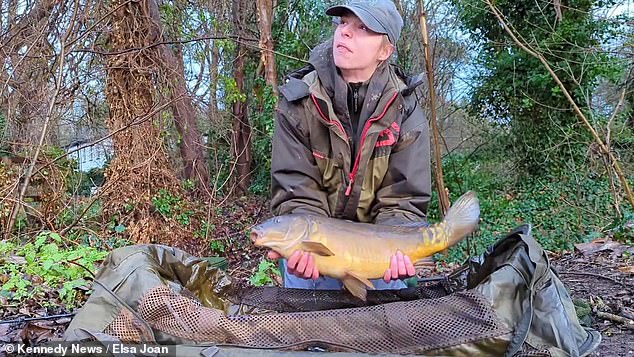 Elsa Joan had spent a day fishing on January 8 at Brooklands Lake in her hometown of Dartford, Kent, where she received a torrent of abuse from an animal rights activist 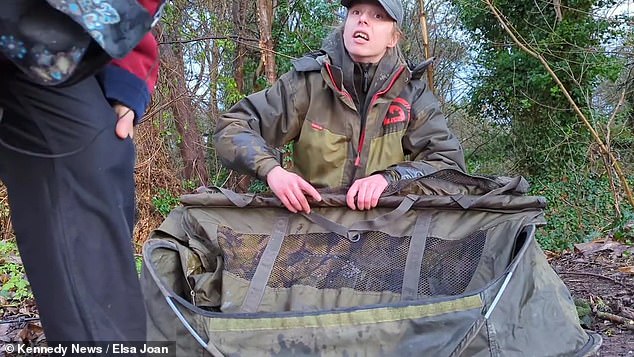 As the young factory worker scoops her catch into a bag to be released back into the lake, the angry stranger tells Elsa that she ‘should be drowned’ and that she ‘isn’t human’ as the two continue their row off-camera.

Elsa claimed the woman eventually walked away but continued to shriek in rage from afar – despite seeing that she had already set the 10lb fish free.

The experience left the carp catcher ‘completely in shock’ and surprised by her own patience in the face of the outburst.

Elsa said: ‘This woman walked past, and just went absolutely crazy. It took me completely in shock.

‘She had an aggressive demeanour. Her aggression just got worse and worse from the start.

‘I thought, ‘I have to keep my cool for the safety of the fish’. It always comes first in carp handling. That’s why we have mats, big nets and equipment for carp care.

‘Straight away I knew it was going to get a bit irate, and I didn’t think I had the patience. But clearly, I proved myself wrong.

‘If I had said anything apart from what I kept saying – ‘it’s a fishery’ – I would have got angry. 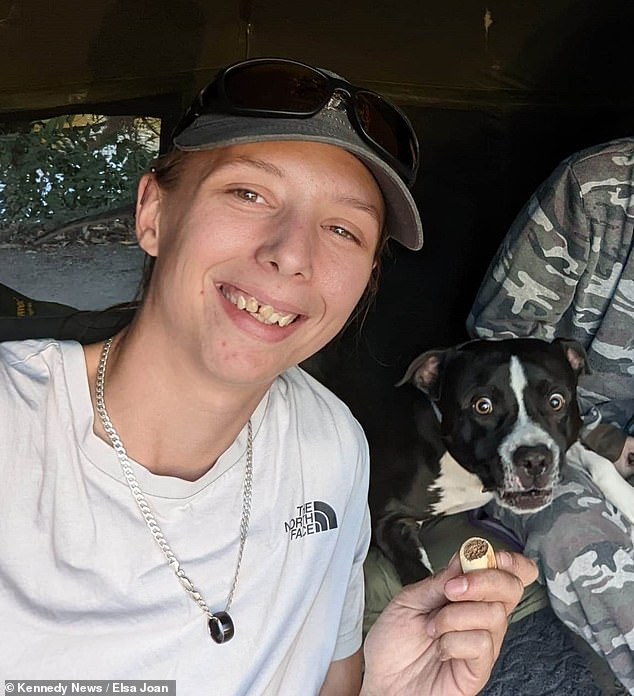 The unexpecting fishing enthusiast caught the entire rant on camera, with footage showing the irate stranger hurling slurs such as ‘you vile b*tch’ 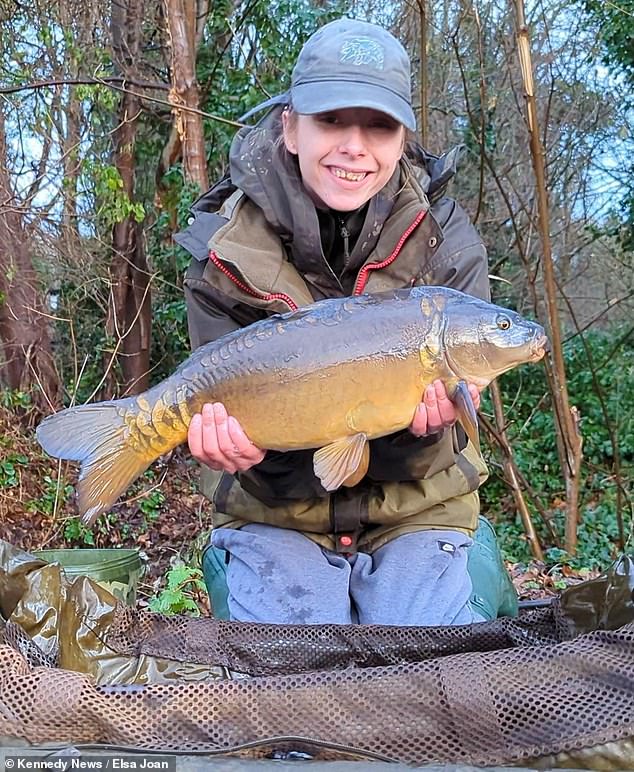 ‘[After] I put the fish back in the water to be released and it swam off, I was like ‘f**k off’. Nothing is going to stop me from losing my s**t now.’

Straight after the impromptu fight, Elsa reported the incident to the Brooklands Lake bailiff.

Now, the authority of the lake and its regulars are on the lookout for the mysterious shouting stranger, who hasn’t been spotted since.

In the meantime, Elsa has been able to see the funny side of the situation and continues to go down to her local lake as normal.

The fisherwoman is encouraging her verbal attacker to ‘educate herself’, claiming that the sport of fishing isn’t harmful to aquatic creatures.

Elsa said: ‘It’s not changed my perspective on fishing.

‘I absolutely love the sport, I’ve always loved the sport, and I think people like herself should be more educated because the fish aren’t harmed at all.

‘I’ve always watched videos on Facebook of this sort of thing happening, with people going off day-to-day just doing what they want to do, but I didn’t imagine it would ever happen to me.

‘I found it funny. I was shocked, but it was so, so funny.

‘The power of the media will take control, I’m sure. I don’t think she’d want to walk around here again.’