Follow
Home » World News » Waukesha parade dancer, 11, told docs to 'glue her back together' after being 'thrown in air' when she was hit by SUV

Waukesha parade dancer, 11, told docs to 'glue her back together' after being 'thrown in air' when she was hit by SUV

A HELPLESS 11-year-old girl is telling doctors to "glue her back together" after she was one of several victims plowed down by an SUV while performing in the Waukesha parade.

Jessalyn Torres, 11, was taking part in the parade with Waukesha Xtreme Dance group, and was with her mom Amber Kohnke and her 2-year-old sister, Averie when she was struck by the SUV. 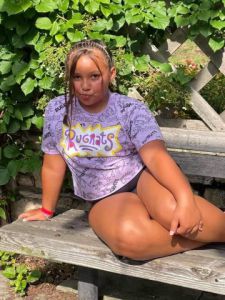 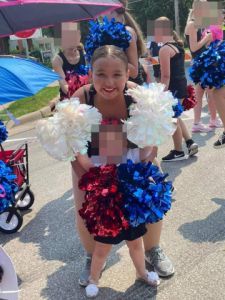 She remains in hospital fighting for her life with a broken pelvis and lost kidney, she also has lacerations on her lungs and remaining kidney and suffered from internal bleeding.

Ryan Kohnke, Jessalyn's uncle, exclusively told The Sun: "Her mom and dad are with her now at the hospital, they will not be leaving her side. The rest of us are going to make sure the other kids are taken care of throughout this.

Kohnke explained that Jessalyn's mom, Amber, has four kids, with the eldest being 16 and the youngest aged 2. "We're getting a lot of support from the community, people reaching out wanting to donate meals. We're organizing things."

Jessalyn, fortunately, seems to have little record of what happened to her.

"Even when I spoke to her this morning on the phone, she said to me, 'Tell them to just glue me back together.' They decided to do the intubation after that to make her more stable."

"I think she's confused, she doesn't really understand what happened. A lot of these kids are confused, they don't know how to feel. They're all going through this in their own way, and most of them saw it.

Her uncle recounted how he was there with his own two kids, accidentally videotaping them prior to the SUV plowing through the crowd.

"After I watched the guy barrel through, police trying to stop him, I knew my family were down there," he said, adding his sister Amber wasn't picking up but he got a frantic call from another family member to get downtown.

"I grabbed my two children and we ran down there, I'm a veteran myself and it was like a war zone. There were bodies all over, people were just trying to help as much as they could. I just wanted to get the younger kids out of there so that's what I did.

Kohnke explained that while Jessalyn is in the hospital in stable condition, doctors were preparing her for more operations, something he described as "very hectic" as he watched over his own kids.

"My focus is for the other kids to talk to somebody and get help, some counseling," he said, adding there were other people in the ICU also from the parade. 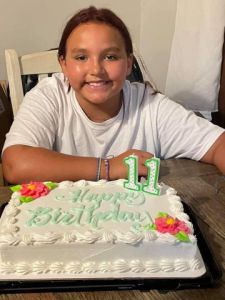 Kohnke described his niece as a "wonderful child" who loves dancing.

"Jessalyn loves to dance, she loves her team and her friends. She's a stubborn, energetic, wonderful child, caring and adventurous."

"She's very into beauty and looking pretty for her contests, and has a huge personality! She's very individual.

As for Brooks, Kohnke is trying to figure out the same things everyone is wondering.

"I'm happy [Brooks] has been arrested, we were getting text messages saying someone was on the loose and to lock down during that time."

"I keep hearing the same question, 'Why?' but at this point it doesn't matter because he did it."

"I just don't want this to be spun into some political mess, I would rather the focus be on Jessalyn and the children from the dance team who are also in hospital."

Family member Nathan Books, 23, has set up a Go Fund Me for his cousin, Amber, and said he was “balling” when he heard the news.

“I had to leave work, you never think something like this is going to happen to your family,” he said.

“She is incubated now because she needs to rest, we are all praying for her recovery.

“We were told Jessalyn was thrown into the air and sustained a lot of injuries.

“Her mom is just a mess, she’s a single mom of five, but Jessalyn’s dad is also with her at the hospital.”

Nathan described suspect Darrell Brooks, 39, who was taken into custody in Waukesha, Wisconsin, on Sunday night as a “monster.”

He said: “We don’t want to make this about race, or politics, but he is a monster, we don’t know what could have possibly driven him to this.

“I heard he was out on a $1,000 bond for running over his girlfriend, it just seems crazy and such a small amount, the rules need to change.

“People have been left traumatized by what they saw at the parade, you don’t expect something like this to happen in a place like Waukesha.

“All of the families need help at the moment, they have lost so much, and we just hope Jessalyn and others in hospital fully recover.”

The funds of the Go Fund Me will go towards paying off medical bills and the family has already raised nearly $12,000. 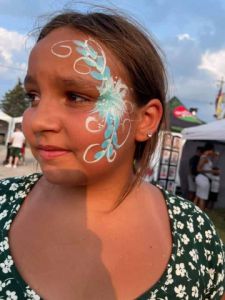 Five people died and more than 40 people were injured – including 12 kids – in the horror as families and performers celebrated the annual holiday event.

Officials said on Monday that 18 children were treated at the Children's Hospital of Wisconsin following the rampage.

Cops opened fire on the SUV as it plowed through a barrier and sped off.

Officers later swooped at an address in Milwaukee, where the SUV was parked in the driveway.

The front of the vehicle was crumpled right up to the windscreen with its bumper and license plate hanging off.

Brooks was detained there and he reportedly complained of a sore shoulder as he was taken into custody.

Videos posted on YouTube by Brooks appear to show the same car that plowed into the parade.

The first three letters on the license plate ADP and the vehicle's description are the same as reportedly heard on the police scanner.

Court documents link Brooks, who wrote about killing people in concerning rap lyrics, to the address in Milwaukee where he was arrested.

Brooks, a convicted sex offender, also had an active arrest warrant in Nevada for failure to obey sec offender laws, according to the Washoe County Sheriff's Office.

He was convicted in 2006 of fathering a child after having consensual sex with a 15-year-old girl.

Brooks was placed on probation until he was arrested for failing to follow sex offender laws in 2016, and has an open arrest warrant after jumping bail on that charge.

Norway hits back at 'ungrateful' Londoners over spindly Christmas tree