What Victoria wants from the jobs summit this week

The Jobs and Skills Summit in Canberra this week is a crucial opportunity to shape our future workforce.

We want abundant choice for jobseekers, well-trained candidates for all employers, productive and dynamic businesses and fair conditions and pay for workers. 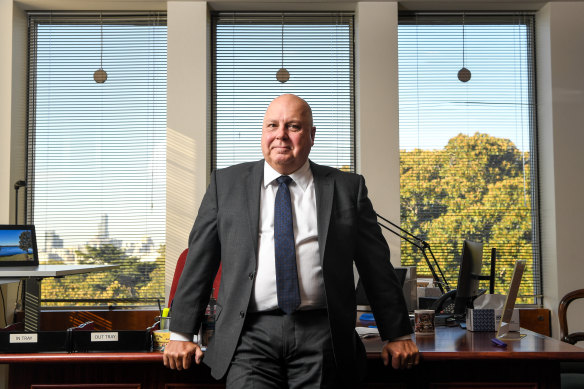 We all agree we need to confront the skills shortages that are creating a bottleneck for the nation’s economy and threatening our future prosperity.

When the Morrison government ended its term, it left Australia with the second-worst skills shortage of the richer OECD nations behind Canada.

The Victorian Skills Plan, released last week, found we will need 373,000 extra workers by 2025 to meet our growing needs, with demand most acute in the regional areas.

Statewide, we’ll need 90,000 extra workers in the service sector, 65,000 in health and community services, 64,000 in professional, financial and information services and 41,000 in education.

It’s a significant challenge, especially when employment and participation in the labour market hover around historical highs with more than 3.5 million Victorians in work. Addressing skills shortages and boosting productivity while keeping unemployment low will take innovative thinking and diverse approaches.

Such a proactive response is under way in Victoria. That’s why Victoria will put a case for the Commonwealth to adopt some of the measures which have worked here.

In Victoria, we’re making kinder free and establishing 50 government-owned and affordable childcare centres. Located in areas with unmet demand, the first centres will open from 2025, delivering childcare and kinder and co-located with schools where possible.

We need an expanded workforce to match and we’re creating that with free TAFE courses, university scholarships and teacher and educator incentives. Enrolments in TAFE early childhood courses doubled in a year – to more than 5500 – after fees were dropped.

These seismic changes mean a parent of three kids aged two to six, facing three drop-offs at childcare, kinder and school will pay less for more convenient, joined-up care. It’s savings of up to $2500 per child and lives made easier for thousands of working families.

It will provide a real boost to workforce participation and opportunity. It must be a first-order priority.

Victoria has dramatically improved female participation rates but they still lag – 62 per cent for women compared with 72 per cent for men.

We’ll suggest the federal government look to Victoria and grow the nation’s skills base through two avenues: both skilled migration and training up people who are keen to work but lacking the right skills.

We believe in skilling up people with targeted training, so they can fill identified industry gaps quickly and get themselves into the workforce. Free TAFE, apprenticeship schemes and the Victorian Skills Gateway work to this end.

But we know that skilled migration is also vital – and 2000 of 7000 new health workers for Victoria are being recruited from overseas.

Another big idea is for the Commonwealth to incentivise the states to grow productivity, rewarding the states for measurable productivity gains that save time and money. And grow jobs.

In Victoria, we have more than 50 regulation reforms under way in multiple sectors, all chosen in consultation with businesses and workers to cut red tape and deliver time savings.

It’s dispensing with paper licence renewals for bars and restaurants and businesses being able to get local council permit applications approved online in 10 minutes.

These are relatively small changes in isolation, but they mean greater productivity, work satisfaction and ultimately, jobs.

Investing in state and nation-building infrastructure is also vital to supporting jobs and skills growth and it is exciting that we now have a federal government that shows it understands this.

We applaud the Albanese government’s commitment to forming partnerships with the states on big projects – projects like the ones that have supported 190,000 jobs for brickies, electricians, builders, engineers and others in the construction sector in Victoria over the past eight years.

We remember well the $3.5 billion in new infrastructure investment to the states and territories announced in the dying days of the Morrison government, and Victoria’s allocation of less than 6 per cent of that pot.

We’re looking to the future with confidence with a genuine partner in projects like North East Link and the Suburban Rail Loop that will provide career-making jobs for thousands of people.

We will push for fresh thinking and new ideas in Canberra this week. There’s a lot at stake at every level of our community.