Will Donald Trump run for President in 2024?

SPECULATIONS have begun as to whether former President Donald Trump will hit the campaign trail in 2024.

Here's what we know about Trump's potential return to The White House. 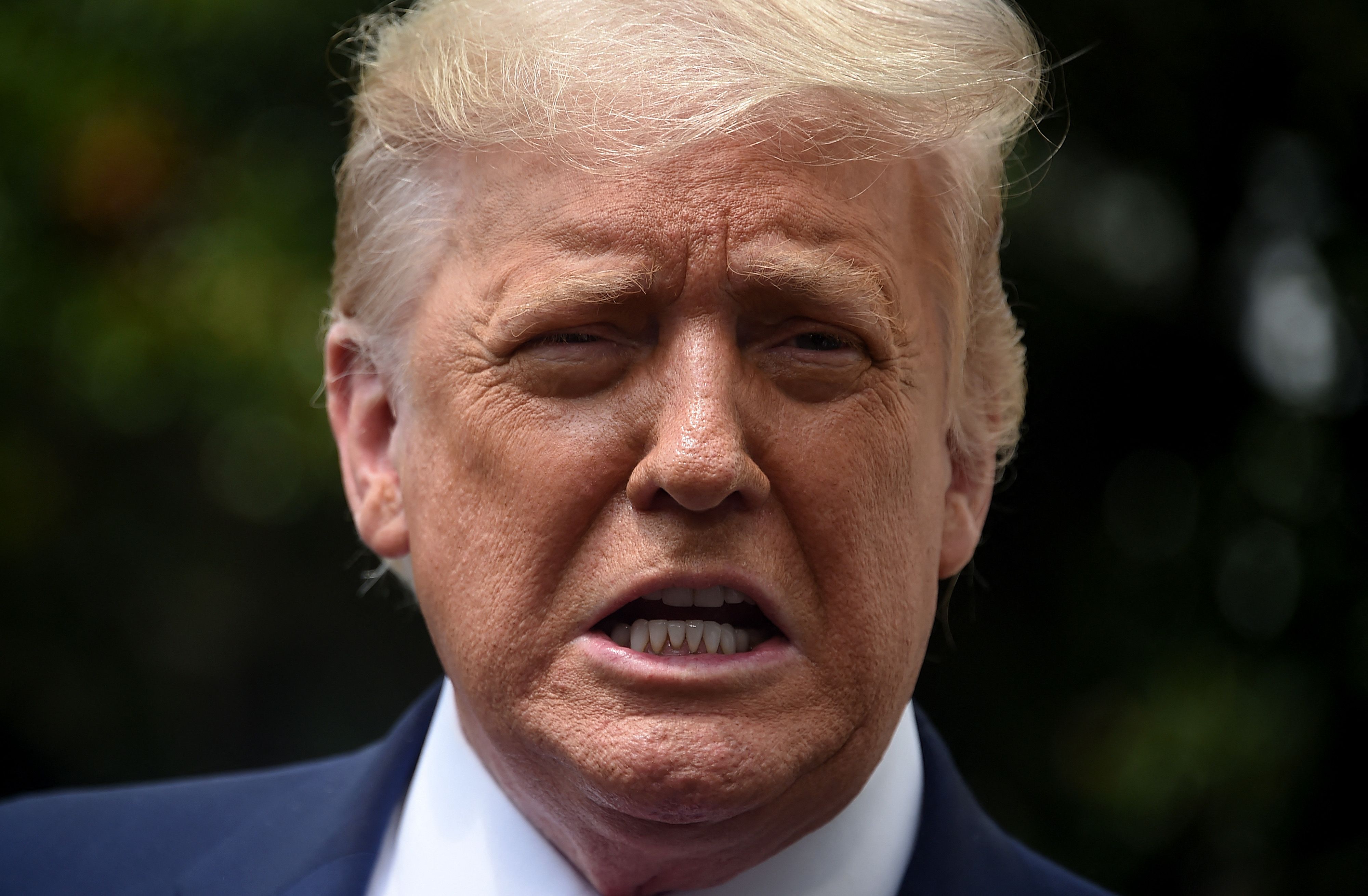 How did Donald Trump hint at a return to The White House?

After the news broke that Facebook banned Trump from the platform for at least two years, he released a statement implying his return to the presidency.

He said: “Next time I’m in the White House there will be no more dinners, at his request, with Mark Zuckerberg and his wife. It will be all business!”

On June 4, Facebook officially disclosed their decision to ban the former president from the social media platform for two years, extending his suspension following the insurrection on January 6.

Facebook said: “At the end of this period, if we determine that there is still a serious risk to public safety, we will extend the restriction for a set period of time and continue to re-evaluate until that risk has receded.”

After his loss in the 2020 presidential race, it was reported by several major outlets that Trump continued to believe that he would be reinstated as the Commander in Chief.

On November 25, Trump hinted at another presidential run in a Thanksgiving message.

"A very interesting time in our Country, but do not worry, we will be great again – and we will all do it together," the former president said in a statement.

"America will never fail, and we will never allow it to go in the wrong direction. Too many generations of greatness are counting on us. Enjoy your Thanksgiving knowing that a wonderful future lies ahead!" he added.

Without giving too much away, Trump has named a number of strong Republican contenders for the 2024 bid, excluding his former presidential right-hand Mike Pence.

Constitutionally, Trump can launch a second White House bid after losing in 2020 – his team has previously hinted that he could seek another term in 2024.

The outgoing president was met by a 21 gun salute along with cheers from his family and supporters as he landed at Joint Base Andrews.

Taking the podium as Hail to the Chief blared, he said it's been an "incredible four years" and insisted "we'll be back". 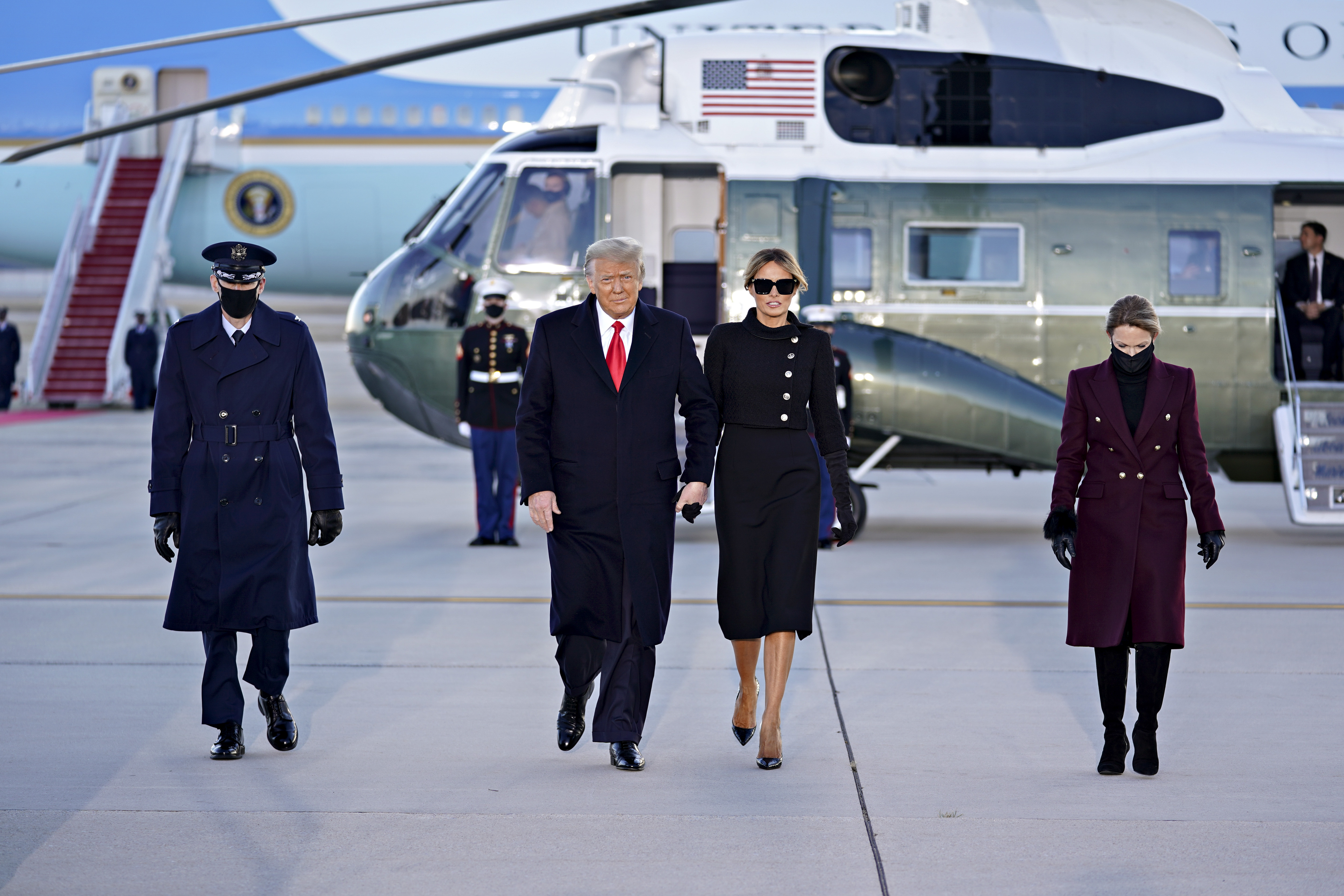 The Republican was met by chants of "USA, USA" and "thank you Trump" as attendees to his farewell waved US for flags.

Trump said: "I will always fight for you, I will be watching, I will be listening. The future of this country has never been better."

He added: "Have a good life, we'll see you soon" before leaving stage with YMCA blaring over the loud speakers.

If Trump decides to run in 2024, the Republican would be following the precedent set by Grover Cleveland.

He lost his re-election to Republican Benjamin Harrison in 1884 and four years later decided to run for president again.

Cleveland won and became the 24th president as he didn't serve consecutive terms.

Following the January 6 Capitol riots, lawmakers in the House of Representatives impeached Trumpfor allegedly inciting violence from his supporters, which resulted in five deaths and several others injured.

Trump would not be banned from running for public office if the Senate convicts the 45th President.

But, if lawmakers introduce a separate piece of legislation then they could ban him from holding high office again.

Will Trump run for president again?

Although his team has hinted at him running again, Trump has not said whether he will seek the White House again in 2024.

Trump named Florida Gov. Ron DeSantis and Sens. Josh Hawley and Ted Cruz as those he considers the future leaders of the Republican Party.

Former Vice President Pence is reportedly laying the groundwork for a presidential run in 2024, after being snubbed by Trump for refusing to back him in election fraud claims.

Pence has been steadily reentering public life by joining conservative organizations, writing op-eds, delivering speeches, and launching a 'video podcast' with an advocacy group that will focus on promoting the Trump administration’s accomplishments.

GOP strategists say Pence's actions since leaving office, like remaining in the Washington, D.C. are signs he could seek public office again – even aiming for the presidency.

Pence, 61, broke ties with Trump, 74, after the November 2020 election, when the former President made insubstantial claims of voter fraud.

Trump told audiences Democrats 'stole' the election from him – an allegation in which Pence ultimately did not support.

What has Trump’s campaign said about running in 2024?

It was reported that "preliminary planning" had started to kick off a new Trump bid but no further decisions have been made, report CBS.

The president’s former White House Chief Strategist Steve Bannon claimed that Trump would not miss a shot to run for office again if given the chance.

Bannon told The Australian: "I'll make this prediction right now: If for any reason the election is stolen from or in some sort of way Joe Biden is declared the winner, Trump will announce he's going to run for re-election in 2024," he said.

"You're not going to see the end of Donald Trump."

Some government officials even suggested that the GOP would not function or “exist” if Trump is not president.

Former Trump Justice Department spokeswoman Sarah Isgur said: "Whether in three days or in three years, the Republican Party will have to grapple with the basic question: Does the GOP exist without Trump? Not his message, not his policies, but Trump himself.

"It's like asking if the John Wick franchise works without Keanu Reeves."

Bryan Lanza, former communications director for the president's transition team, said he can "make a strong case to run again.".

Lanza added that Trump "would be younger than Biden is now" if he ran again in 2024.

Speaking on the Today program, Lanza said: "Biden will have the opportunity to guide this country out of Covid, and we’ll see what his successes and failures are."

During his 2021 CPAC speech, Donald Trump appeared to gee up his supporters as he repeated his unsubstantiated claims that the 2020 election was "rigged."

After he criticized tech giants like Google, Facebook, and Twitter, he concluded: "We must pour every ounce of our energy into winning a historic election in the midterms.

"Our country will soon stand proudly for free and strong and proper elections again.

"We will make America great again."

His fresh battle cry came after he told Sean Hannity in April 2021 that he's more popular now than he was before the 2020 election.

While speaking to Hannity, Trump said about a potential 2024 run: "I am looking at it very seriously, beyond seriously.

"From a legal standpoint, I don't really want to talk about it yet."