The bomb squad has called and police have evacuated a number of buildings near state Health Minister Martin Foley’s electorate office after a suspicious package was found near the Port Melbourne premises on Friday.

Emergency services were called to the office on Rouse Street about 11am, with potentially “hazardous material” discovered at the scene according to VicEmergency. 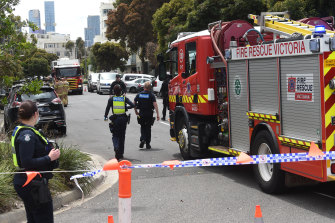 Victoria Police is presently focusing its efforts on Sugar Lane, which runs directly behind the electorate office.

“Police are currently conducting a safety check after reports of a suspicious package at an office building in Rouse Street, Port Melbourne,” a spokesman for Victoria Police said.

“Several buildings have been evacuated as a precaution and there have been no injuries reported.”

Three Fire Rescue Victoria crews were on the scene on Friday afternoon. 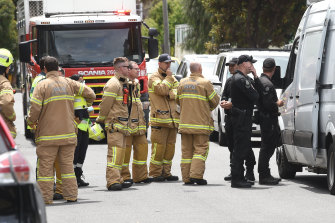 Paramedics were called to the scene after reports that a suspicious package was found, but a spokeswoman for Ambulance Victoria said there did not appear to be any patients requiring treatment or transport to hospital.

Mr Foley’s office was contacted by The Age on Friday, but a media advisor said they “would not comment on security matters”.

The psychology of voicemails: are they really dead?